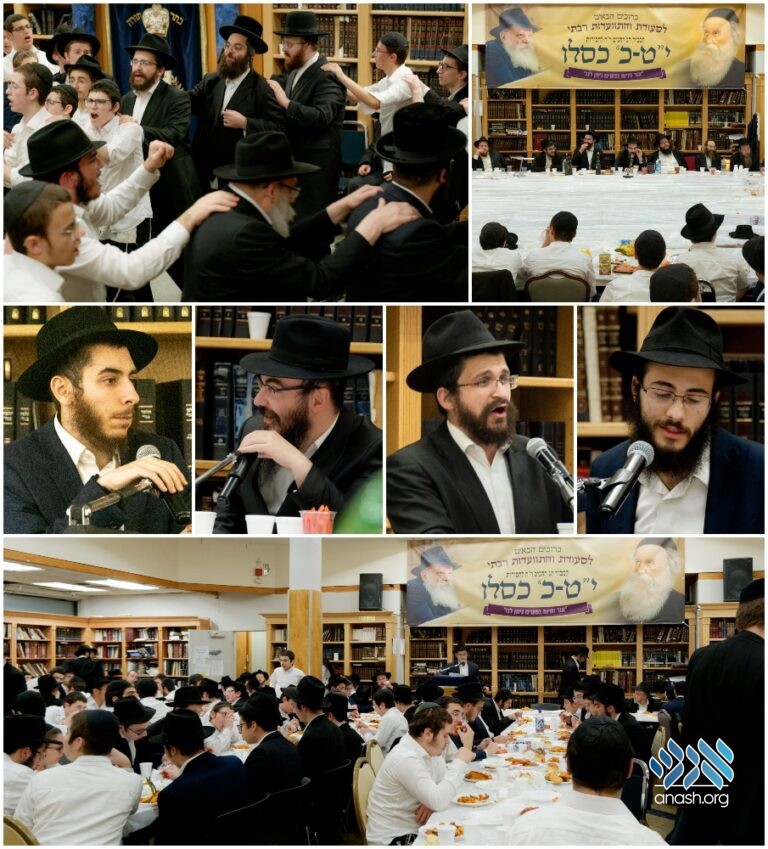 The bochurim and hanhala of the Mesivta and Zal of Yeshivas Lubavitch Toronto gathered together for a grand seudah where bochurim concluded Tanya, Hayom Yom, and Shas, and a farbrengen led by a visiting Montreal mashpia.

The bochurim and hanhala of the Mesivta and Zal of Yeshivas Lubavitch Toronto gathered together to mark the chag hageulah of Yud Tes Kislev, the Rosh Hashana of Chassidus.

The celebration began with a lavish seudah, as per the custom of chassidim on the day. Throughout the seudah, bochurim and hanhala addressed the crowd, with hatomim Nochum Serabranski making a siyum on Tanya, hatomim Yisrolik Wagner concluding Hayom Yom, and hatomim Shaya Gansbourg finishing a masechta and the entire Shas, as divided in the yearly chalukah.

Also speaking were Rabbi Levi Zaltzman, who related the story of Yud Tes Kislev in detail, and Rabbi Aharon Kaman, who spoke about the greatness of the day. Emceeing the event was hatomim Mendel Pink, and bentching was led by hatomim Dov Ber Levin.

Following the seudah, the bochurim got up to danced, with live music played by Aryeh Lang. They then sat down for a chassidishe farbrengen, led by Montreal mashpia Rabbi Sholom Ber Cohen, which continued late into the night.