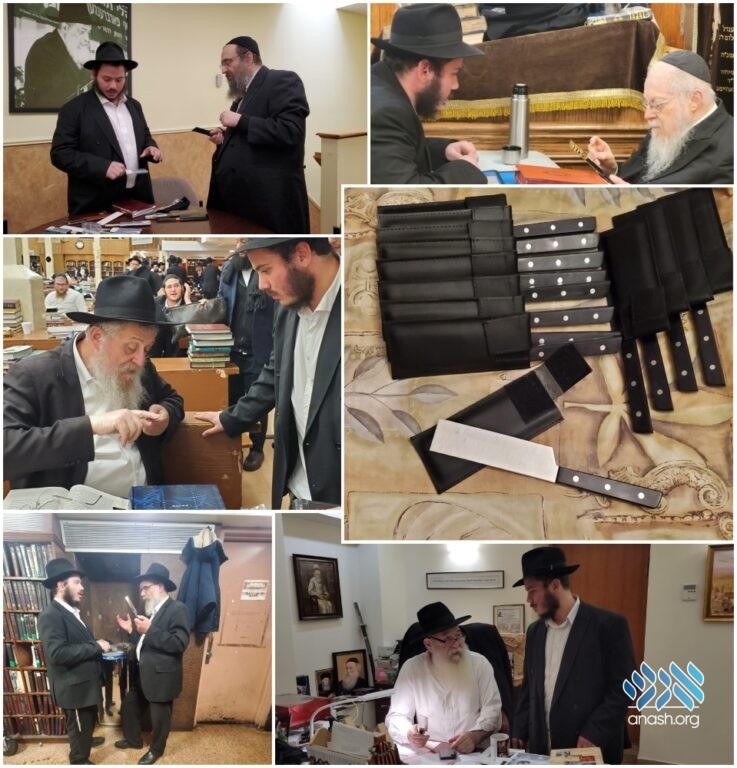 After holding shechita runs in a number of countries around the world, shochet Eliyahu Ezagui has produced his own shechita knife that is easy to sharpen to aid beginners.

After holding shechita runs in a number of countries around the world, shochet Eliyahu Ezagui has produced his own shechita knife that is easy to sharpen to aid beginners.

A shechita knife, oftentimes referred to as a chalif, is a specially designed and custom-made tool. Its design, maintenance, and use help the shochet avoid performing one of the five actions that could invalidate a shechita.

The five actions, described in Halacha as chamisha pesulei shechita, are שהיה -making a pause, דרסה -pushing the knife instead of cutting, חלדה – shechting with a covered knife, גרמה – the shechita is not in the right place, or too high or too low, and עיקור – in a scenario that you are ripping and not shechting. The halchos in full detail can be found in Shulchan Aruch Yoreh Deah, simanim 23 and 24.

Each knife is designed to be at least twice the length of the neck of the animal being slaughtered. This ensures that a slaughterer has sufficient space to perform a sawing motion during the cut i.e. a proper shechita. Otherwise one might chop down on the neck of the animal, disqualifying the shechita. Additionally, the end of every knife is squared to help avoid stabbing into the neck of an animal, which would be considered chalada.

The knife is also easy to sharpen to aid beginners who are starting their study of the halachos of shechita, and also comes with a special grip handle.

Veteran Lubavitcher shochtim and numerous rabbonim have checked and approved the knife.

The knife comes together with a handmade leather case, and is being sold for the discounted price of $120.