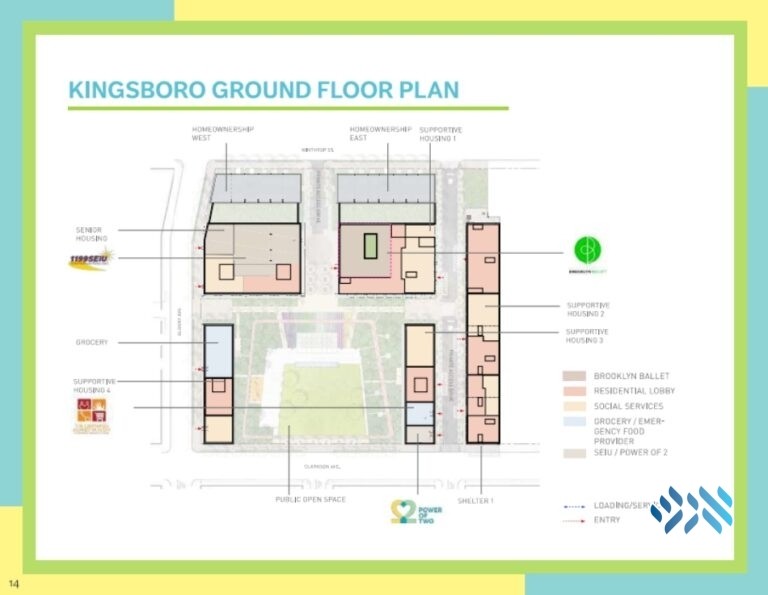 A second Zoom meeting will be held tonight, Thursday, to address a new affordable housing development planned for 681 Clarkson Ave in Crown Heights. Community members are expressing concern that it will take away parking spots and bring more homeless people to the neighborhood.

Written and emailed comments on the DSOW (Draft Scope of Work)  will be accepted until 5:00 pm on Tuesday, February 21, 2023 to  [email protected] or by mail. ESD-KPC-Combined-NOI.pdf (ny.gov)

Public Comments for the Draft Scope Dated – December’2022 which states the following info:

b)  This breaks down to 764 units for General Housing and 326 units for supportive housing units which target homeless/formerly homeless populations.

c) When you add the 326 supportive housing units with the rebuilt shelters housing 364 beds, that totals at least 690 beds for the homeless/formerly homeless.

d) There will be only 15 parking spots for a 7356 sq ft grocery store plus another 38,378 ft of commercial which is the equivalent of a small strip mall.

https://www.dropbox.com/s/gwsb5ef02ypo3l7/Doug%20Questions%20and%20Answers.pdf?dl=0   – click the above for NYS Empire State Development’s Answers to Questions and Further Updates

Other concerns: There are references to 21% of the units being 2 bedrooms or more.  This does not tell the community how many 3 bedrooms there are.

Supportive housing is a designer label for homeless funded programs.

The NYS Empire State Development states “it is anticipated that the project’s approximately 297 supportive housing units would be funded by the Empire State Supportive Housing Initiative (“ESSHI”), but funding sources for each phase of the project will be finalized closer to when those phases begin construction on page 3 under “How will the supportive housing units be financed”.

Yet, I have proof from the original proposal referred to as “Sparrow”, refers to the aforementioned “Empire State Supportive Housing Initiative” (“ESSHI”) as its real name “Empire State Homeless Housing Initiative” (ESHHI).  They just swapped the word “Homeless” with “Supportive”.    https://www.dropbox.com/s/wi9imkryu0y1kwj/Rebuttal%204.pdf?dl=0    – scroll down to page 135

Showing Schools Within 1500 feet of Project On Their Website

In very small print, that is not readable, it lists Darchai Menachem (Boy’s yeshiva), Bnos Chomesh (Lubavitch Girl’s School),, George Wingate HS, PS 397, E Flatbush Ascend,  Lower School, PS 135, Apple Tree Day Care, South Brooklyn Academy.    The sponsor left out the two CAMBA buildings across the street on west side of Albany Ave that contain 328 units for the seriously mentally ill and/or with a drug disability that may also be also be homeless.  CAMBA refers to said group as special needs but the original funding from NYS OMH was for what I mentioned.  https://www.dropbox.com/s/abm62tv2l7pcguu/CAMBA%20Hosuing%20Ventures%20-%202019%20Form%20990%20%281%29.pdf?dl=0

I am not anti-homeless.  I am against oversaturation of social services.  No neighborhood should have more than their fair share of challenges, porch pirates and “random attacks”.

Since this is NYS Land which does not require a community board vote, the current situation on Clarkson Ave will happen again and again, first on Albany and then steadily east until Utica Ave, unless we do something about it.