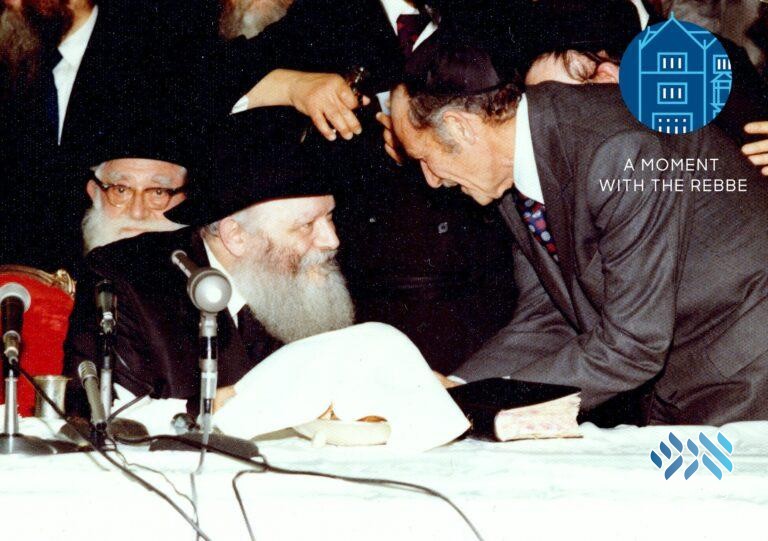 A Moment with the Rebbe: When sofer Rabbi Yeshaya Matlin apologized to the Rebbe for taking his time, the Rebbe told him that he had no need to apologize.

After leaving Russia in 5707 (1947), Reb Yeshaya HaKohen Matlin settled in Crown Heights, where he served as the Rebbe’s personal sofer. Although he initially refused to take payment from the Rebbe for checking his tefillin, the Rebbe insisted that he take the money, saying that otherwise, he wouldn’t be laying tefillin that were entirely his own.

A unique relationship developed between this chossid and his Rebbe, in which the Rebbe once called him “an emeser guteh fraint – a truly good friend.” Indeed, since the Rebbe would send mishloach manos to a Kohen, Levi and Yisroel, for some years he received the one designated for the Kohen.

Once, during the early years of the nesius, Reb Yeshaya approached the Rebbe with an urgent matter. “I apologize for taking up your precious time,” he began.

The Rebbe cut him off, “The time is not mine; it belongs to Hashem.”