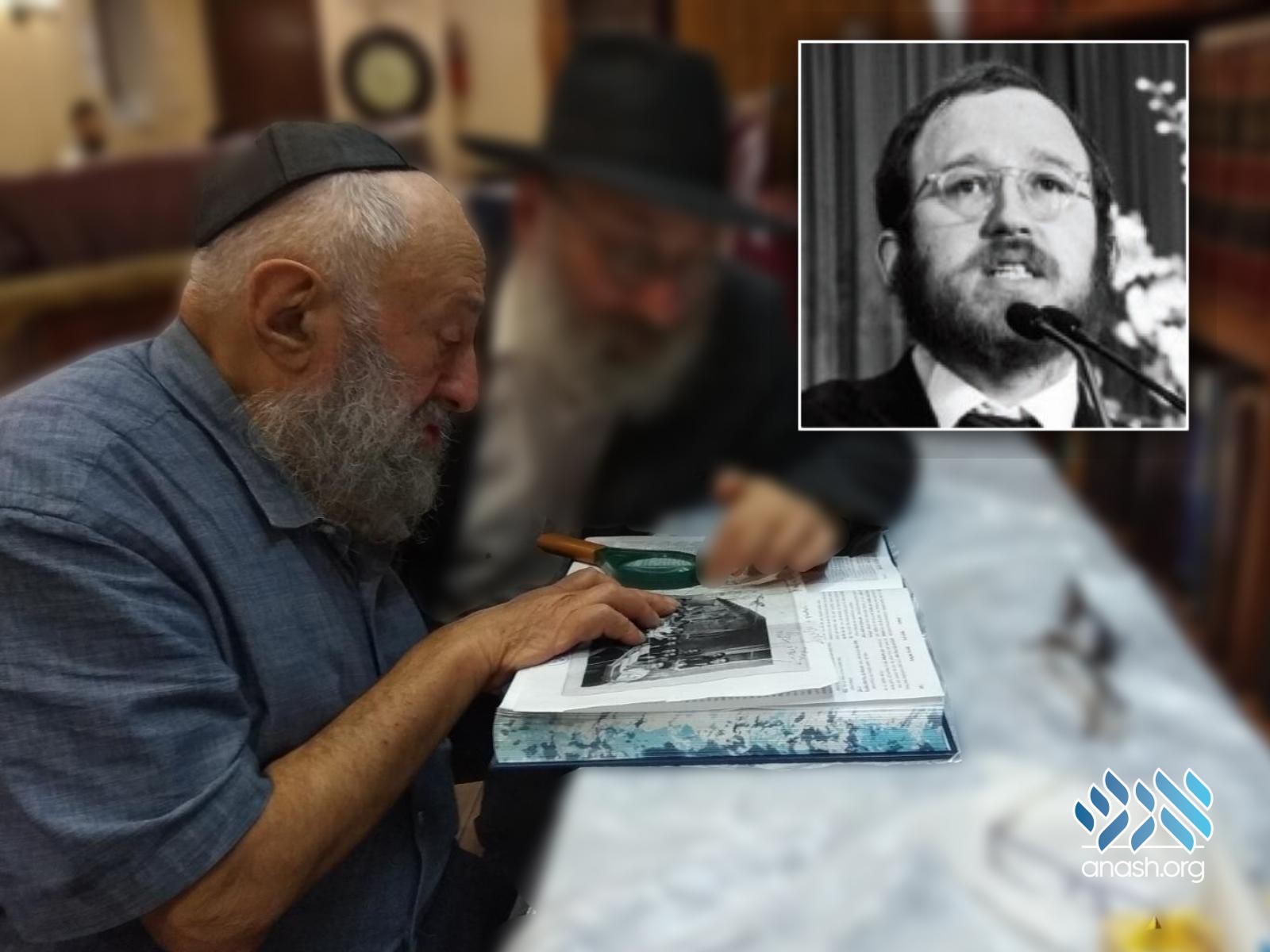 Rabbi Mendel Kalmenson pays tribute to his grandfather Rabbi Sholom Dov Ber Sanowicz. “He was a man of many roles; a Mohel, Shochet, Bodek, Chazzan, gabbai, askan, Torah scholar, teacher, author, and successful businessman. To me, he was simply Zeidy”.

By Rabbi Mendel Kalmenson – rabbi of Beit Baruch and executive director of Chabad of Belgravia, London

If you met him you’d never have known that his mother had died when he was just five years old.

Or that his grandfather left home one day never to return, having been killed by a drunken fishmonger.

Or that his half sibling died in a terrible accident a few days after being born.

Or that he and his younger brother left their childhood home in Odessa for Kutaisi in Georgia at an early age never again to see any member of their family, who were brutally gunned down by the Nazi’s at the edge of their town.

Instead what you would have seen exuding from this man who, as a mere child, had been left to raise himself and his even younger brother, was an aura of unparalleled optimism, and joie de vivre.

And if you got to know this man who always had a twinkle in his eye, and who’s spunk and zest for life was matchless despite the turbulence and trauma of his past, you would have been in awe of his fierce drive and determination, and his unique ability to fully inhabit every moment.

He was a man of many talents and roles; he was a Mohel, a Shochet, a Bodek, a Chazzan (cantor), a gabbai (synagogue warden), an askan (activist), a Torah scholar, teacher, author, and a successful businessman.

To many, this man who was larger than life was known as Sholom Ber Odesser.

To me, he was simply Zeidy (grandfather).

And this past Shabbos this special Zeidy of mine returned his soul to its maker at the age of 93.

During the shiva held throughout this past week, many stories about his life were told.

They shared a common thread, highlighting his vibrant personality and sense of humour, his passion for living life to the fullest, but above all, his singular devotion to Torah study at all times and under all circumstances.

Among the many anecdotes that were shared this past week, none embodies his lifelong passion for study more than the following, shared by a family friend:

“It was only 2 weeks ago that your father/husband met [my husband] Ephraim in the street and asked if he had time to become his chavrusa (study partner)!

He was walking up The Albany street hill -( no walking aid, of course) – and still looking for another chavrusa at his age!”

A few weeks before his 94th birthday, he was looking to expand his circle of study partners!

When I heard this, I thought the following.

What had allowed this boy who had lost his entire world and support system even before he had time to develop into his own, to survive and thrive against all odds?

During that early period of disruption and devastation, where did he find solace, what was his escape, where was his safe space?

Perhaps my grandfather gained his early sense of strength and security, by anchoring himself in the timeless and transcendent words of our Torah and tradition.

Perhaps, at that formative stage in life when a child needs their family most, my grandfather’s source of comfort and connection was fostered by the sages of the Talmud whom he chose as his new family.

Perhaps it was Abaya, Rava, Rabbi Shimon and Shmuel of the Talmud who raised him, taking the place of the grandfather, father, and uncles he never knew, becoming the lifelong family, teachers, and friends, he turned to for escape and expression, growth and guidance.

Of one thing, however, I am sure:

It was the text of Torah that became the subtext and context of his life, and that of the beautiful and bountiful family he built together with his precious wife, Sara, of which I am deeply blessed to belong.

As I looked around the room where zeidy had lived for many decades, now filled with comforters and conversation about the full and fruitful life he had lived, I felt his absence profoundly, I missed the way he read the psalms accompanied by a deep hum, his cantorial and soulful singing at the main service in 770 and around the Shabbat and Seder table, and the way he would answer my calls with a song in his voice: “Hallo, Mendy? How do you do?”…

As I took in the room now filled with so many of his children, grandchildren, and greatgrandchildren, I took comfort in the knowledge that zeidy lives on not just in our memories, but more importantly in the lives we live, the people we become, and the families we build.

As I closed the door to his home with a heavy heart, I made a right down empire boulevard, and then a left up Albany Avenue, and when I felt the incline of the hill my grandfather walked up just two weeks ago (without a walking aid – of course) my heart lifted as I imagined him now walking the hallways of heaven marching up to Moses and Maimonides, and any other great soul he might encounter, asking: will you be my chavrusa? Will you be my study partner?”

May his memory be a blessing and inspiration to us all.