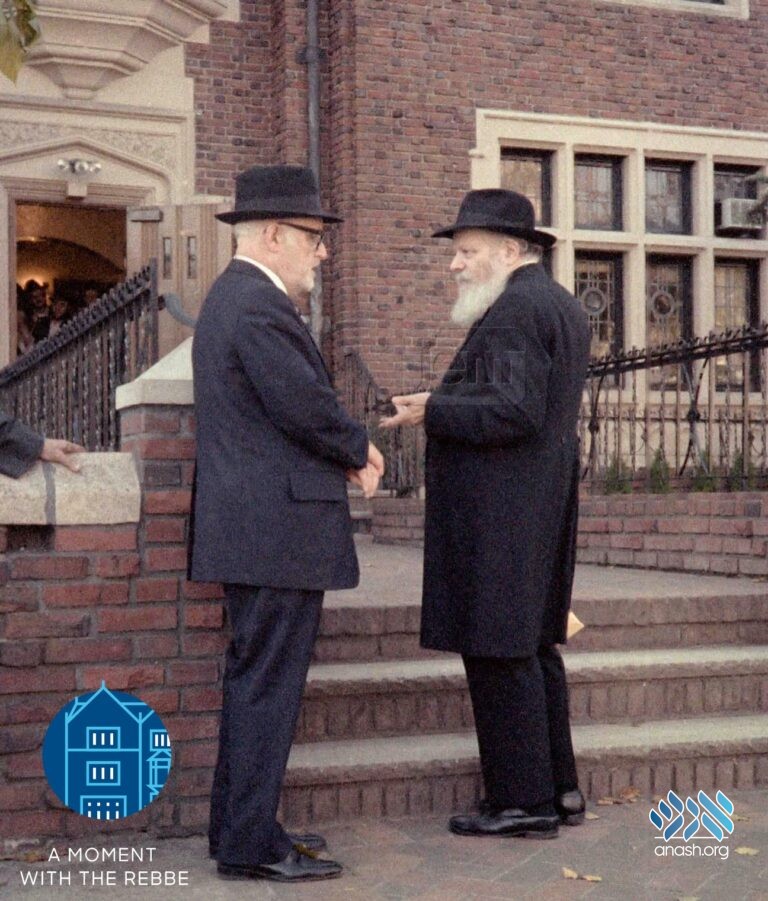 Despite encouraging all Yidden to study Chassidus Chabad, the Rebbe often encouraged non-Chabad chassidim to strengthen their commitment to their own Rebbe and his ways.

When the Gerrer chossid Reb Elimelech Naiman of Borough Park brought his son to the Rebbe on 2 Shevat 5750 (1990), the Rebbe asked him, “Is your son already a Gerrer chossid? You know that it depends on you. It depends on how you educate him, and his education is your responsibility…”

On the Rebbe’s way out from mincha, he gave a bracha to a group of Gerrer chassidim present. The Gerrer Rebbe’s driver approached the Rebbe to convey his regards. The Rebbe thanked him and asked him his name. He answered, “Yehonoson Borenstein.”

The Rebbe smiled and replied, “That’s your goyishe name. What is your Yiddishe name?”

Now, he gave his name together with his mother’s name. The Rebbe responded, “You need to give your mother’s name to the Gerrer Rebbe, not to me. I need your father’s name…”

(Traditionally, the mother’s name is used as a request for a bracha, and the father’s as a way of reference; A Chassidishe Derher, Teves 5776, page 11)