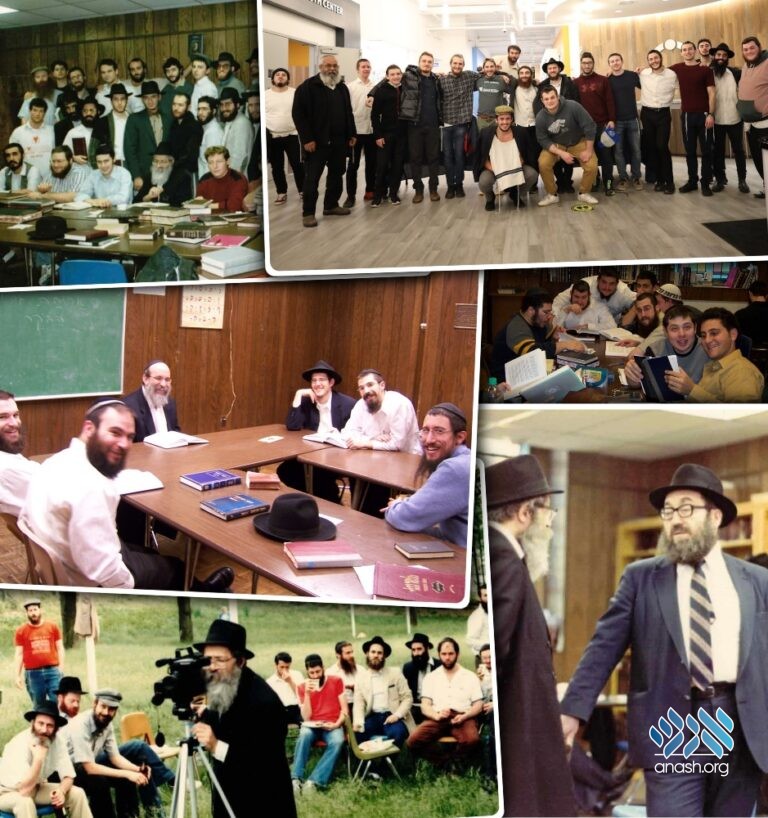 As Tiferes Bachurim of Morristown prepares to celebrate 50 years since its founding, hanhala and alumni recall the yeshiva’s profound impression on themselves and on others. A Siyum Sefer Torah is also being planned.

Yeshivas Tiferes Bachurim of the Rabbinical College of America is celebrating 50 years since its inception. To mark this momentous occasion, Tiferes is writing a unique Sefer Torah thereby uniting and connecting all Tiferes alumni and hanhola spanning over the last five decades. A special siyum along with a grand alumni reunion will be celebrated on this upcoming Beis Nissan (April 3rd) bezh.

“Tiferes has always served as an exemplary place of learning” notes Rabbi Boruch Hecht. “The unofficial motto of Tiferes is ‘from Aleph Beis to Ayin Beis!” Talmidim begin their journey by gaining a foundation in Gemara and Chasidus with Rabbi Dovid Dick. The skills acquired set up each student, no matter his background, with the ability to open a gemara or mamar on his own. Several years later, they are learning for semicha in classes given with profound clarity by Rabbi Avraham Hirsch Levin.

Brandon Bier who is currently studying in Tiferes has learned at various yeshivas both in America as well as in Eretz Yisroel. He describes what makes Tiferes different; “I have found a fantastic attention placed on the individual growth of every single student. The shiurim are designed in a way to engage each talmid directly, and there is care and emphasis from the hanhola that everyone should develop according to their unique level.”

But, as Rabbi Yaakov Wagner points out, Tiferes is much more than just a place of study. “In Tiferes, talmidim find a family and a home that will be there for them for the rest of their lives.” It is while in Tiferes that so many have navigated the critical period of shiduchim and setting up a home. Rabbi Zev Johnson, shliach at University of Texas, recalls; “it was invaluable for me to be led step-by-step through the process of finding a shiduch and marriage, always having with whom to talk things over with.”

Rabbi Chaim Brafman welcomes these young couples into the warm and close-knit community of Tikvah Way where they are guided and cared for during the first years of marriage and child-rearing. R’ Aharon Lazer Goodman, a real estate and transaction attorney at Nussbaum Lowinger LLP, shares; “Living on Tikvah Way and being embraced by the Kollel as well as the Morristown community as a whole served as a safe cocoon that helped my family blossom beautifully with loving support.”

Nor does the relationship end when they leave Kollel. Rabbi Zalman Dubinsky, whose renowned shiurim have been a mainstay in Tiferes for over 30 years, continues to stay in touch with even his very first talmidim. Even students that just come for short visits often continue to correspond with the hanhola of Tiferes for years after. Some are guided as they continue their studies in other yeshivos as well.

Tiferes is not only concerned with its students’ spiritual well-being but their physical and material well-being as well. Rabbi Moshe Herson, Dean of the RCA and head shliach of NJ, often notes that his first “ma’aneh” (response) from the Rebbe after founding Tiferes Bachurim, was only after sending the Rebbe a detailed description of arrangements being made for Tiferes graduates to be placed in positions of earning a livelihood.

While the talmidim are in yeshiva an emphasis is also stressed on the quality of their material circumstances. “Talmidim often have very limited funds and no source of income while in Yeshiva” Rabbi Wagner explains. “The Tiferes Student Fund steps in to help with many of our students’ expenses ranging from Dor Yesharim and dating, to purchasing a pair of shoes.”

Dovid Brekan from Pasadena California was given a credit card shortly after coming to yeshiva to purchase a suit and hat. Shmuel Saias, who is currently living in Yerusholayim with his wife and studying in Bar Ilan University, was able to purchase a mehudar pair of Rashi and Rabeinu Tam tefillin. Rabbi Benyomin Rechavel, a shliach at Aleph, had a big chunk of his wedding expenses covered with the help of the fund as well. “The stories are truly endless as Tiferes tries to be there for every talmid in whatever circumstances they find themselves in,” says Rabbi Wagner.

Alumni too turn to this fund which also serves as a gemach when in need. Rabbi Benyomin Kamchaji, a pharmacist and CTeen shliach living with his family in Toronto, remembers the help he received with the security deposit placed on his first apartment. R’ Chaim Aharon Green, a video producer living in Morristown and an alumnus very active in Yeshiva, was grateful to be able to have the down payment on a car laid out for him. Tiferes sees itself as an address for any talmid to turn towards to celebrate all their simchos and receive a boost through life’s hurdles.

Thousands upon thousands of talmidim have passed through the doors of Yeshivas Tiferes Bachurim, learning in its zal surrounded by its iconic stained-glass windows. Thousands upon thousands of lives have been impacted and changed, bringing that impact with them to Lubavitch communities all across North America and the entire world. Shluchim, professionals, businesses men, each becoming community activists – movers and shakers in their respective places.

“It’s not an exaggeration to say that Tiferes alumni have played a significant part in shaping the landscape of Lubavitch as we know it today” says Rabbi Wagner. “Alumni such as Rabbi Berel Bell, Rov and Dayan in Montréal Canada, as well as Rabbi Simcha Kanter, author of Simply Chasidus and businessman in Chicago, Illinois. Alumni like Rabbi Menachem Shmidt, long time shliach in Philadelphia, Pennsylvania and President of Chabad on Campus International, as well as Dr. Ari Goldwaser, a member of the Gedalia society who is currently in Five Towns NY completing his residency in family medicine. Every talmid that moves on and brings the learning and chassidishkeit they have accrued at Tiferes with them to their next station in their life makes Tiferes proud and allows it’s hafotza to spread far and wide.”

“Fifty years later I’m still trying to figure out what it means to be a baal teshuva,” R’ Michoel Muchnik laughingly remarks. “I came to Tiferes in January of 1973, 20 years old, only having been shomer Shabbos for about eight months. I was coming from the culture of the 60’s, an artist, and the changes I was making in my life were quite radical. The very first night I came there was a farbrengen with Rabbi Avrohom Lipskier and a dozen other men coming from similar backgrounds. I felt immediately that what was taking place completely surpassed who I was, anything I’d ever experienced. It was clear to me from a very deep place that this was the place for me and the path I had to follow.

“When I came as an artist, I was only drawing in black and white,” R’ Michoel says. “But when I left, I started drawing in colors, and many colors.”

R’ Tuvia Teldon, head shliach of Long Island shares; “If not for Tiferes Bachurim, which had just opened when I came, channeling the Rebbe’s message for me I honestly don’t know how long I would have been able to stick around. It is so appropriate that a sefer Torah is being written to celebrate this jubilee year, because it is Tiferes that helped me find my letter in the sefer Torah, and has helped innumerable students since discover their shoresh in Torah.”

“We look forward to the siyum sefer Torah representing all talmidim from the last fifty years,” R’ Meilech Bronshtein – who lives with his family in Philadelphia and continues to be actively involved in Tiferes’ development – wants all alumni to know. “Please mark beis Nisan in your calendars and come join the largest alumni reunion Tiferes has had yet. And if you can’t make it in person be sure to join over zoom, and come visit again at the first chance you get!”