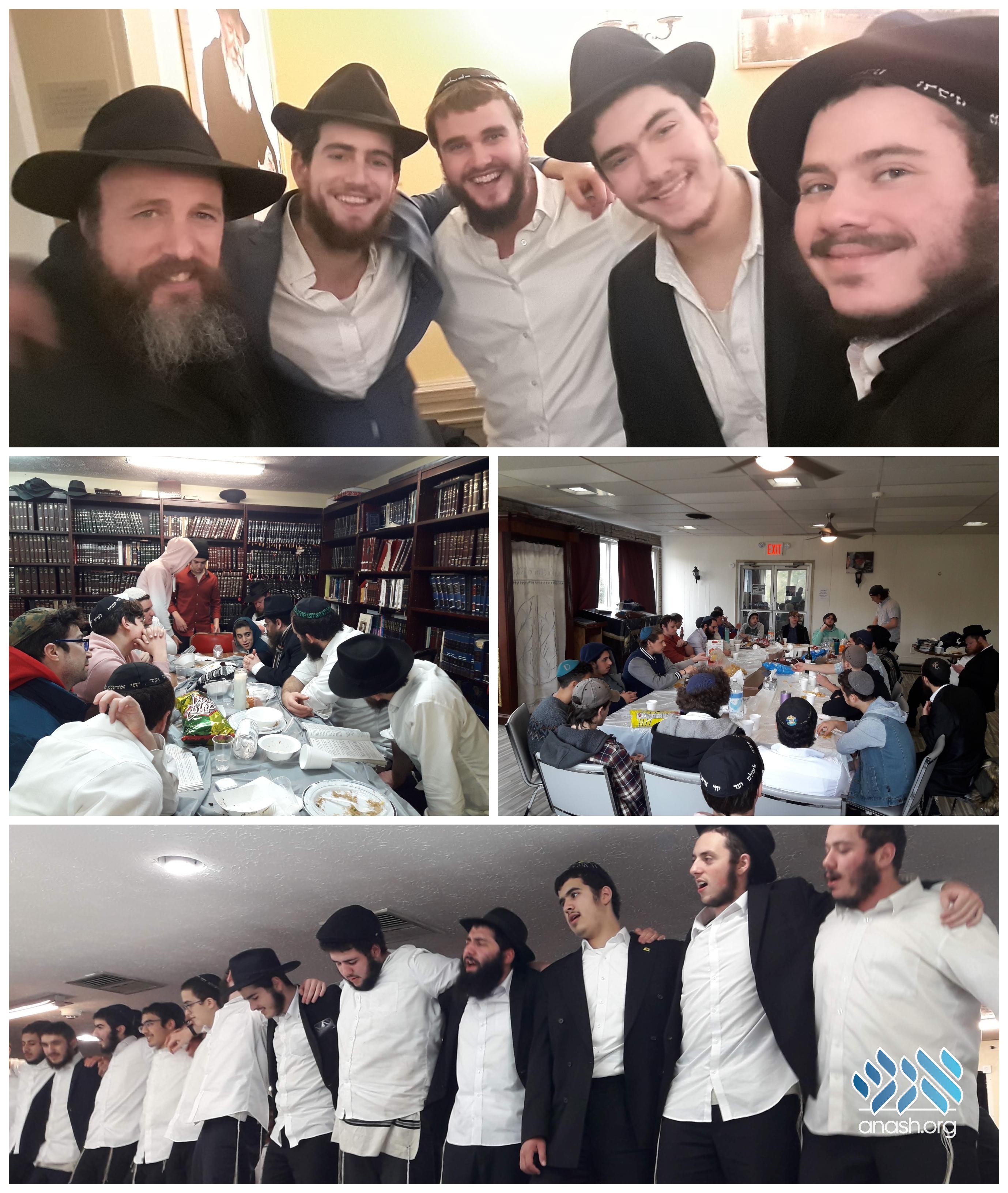 Several yeshivos in Pennsylvania were fortunate to host Rabbi Noam Wagner this Yud Tes Kislev, who spent both Shabbos and Motzoei Shabbos farbrenging well into the night.

Several yeshivos in Kingston, PA and the Poconos were fortunate to host Rabbi Noam Wagner, shliach and Rosh Yeshiva in Johannesburg, South Africa, this Yud Tes and Chof Kislev.

Rabbi Wagner spent Shabbos in Kingston-Wilkes Barre, where he farbrenged with talmidim in the Bais Shneur Zal. Upon the conclusion of Shabbos, Rabbi Wagner headed up to the Poconos for a melava malka and joint farbrengen with Tomchei Temimim and Bais Menachem, formerly of Wilkes-Barre.

The farbrengen continued into the early hours of the morning, with intense discussions and spirited dancing.