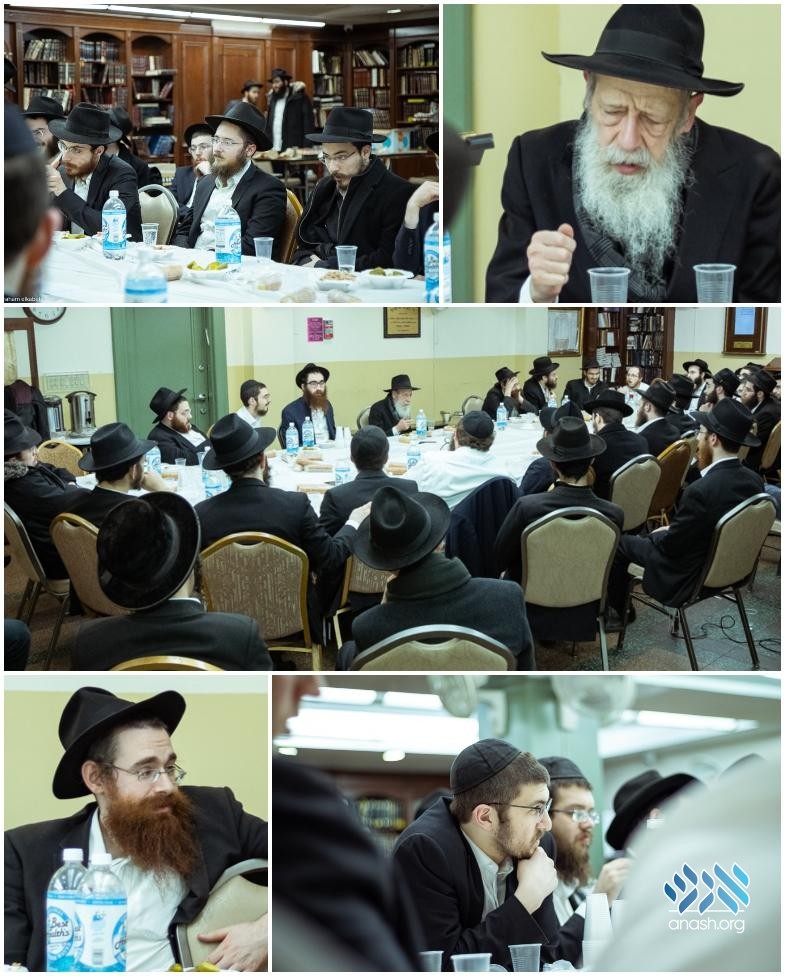 After spending thousands of hours and completing sixteen tests on all major parts of Shulchan Aruch, Rabbis Shmaya Krinsky, Ahron Liberow and Yenon Kupchick were the first to complete 770’s four-year Dayanus program.

After spending thousands of hours of learning over the past four years, and successfully completing sixteen tests on all major parts of Shulchan Aruch, Rabbis Shmaya Krinsky, Ahron Liberow and Yenon Kupchick were the first to complete 770’s four-year Dayanus program.

The major achievement was celebrated on the night of Tes Kislev, birthday and yahrtzeit of the Mitteler Rebbe, with a special farbrengn joined by the Yeshiva’s Hanhala.

This revolutionary program starting a few years ago with a small group of Bochurim receiving periodical Shiurim from Rosh Yeshiva of 77 Rabbi Zalman Labkowsky, with Rabbi Yaakov Gurwitz serving as the group’s Meishiv.

With the help of a generous donor, the program has grown to include dozens of Bochurim and Yungerlight learning in 770 and in the various Kollel’s around Crown Heights and beyond. The trio are the first of the group to achieve this milestone, more are expected to reach this milestone in the coming year.

The program is currently under a new administration and is open to the general public, including Shluchim and businessmen who are looking for a structure in their learning of Halacha. There will be an option for remote testing and Shiurim via Zoom.

Choshen Mishpat: Dayanim, Eidus, Toen Venitan and Nachalos.
As well as portions of various Seforim relevant to the above topics.

For registration and for dedication opportunities they can be reached at [email protected].