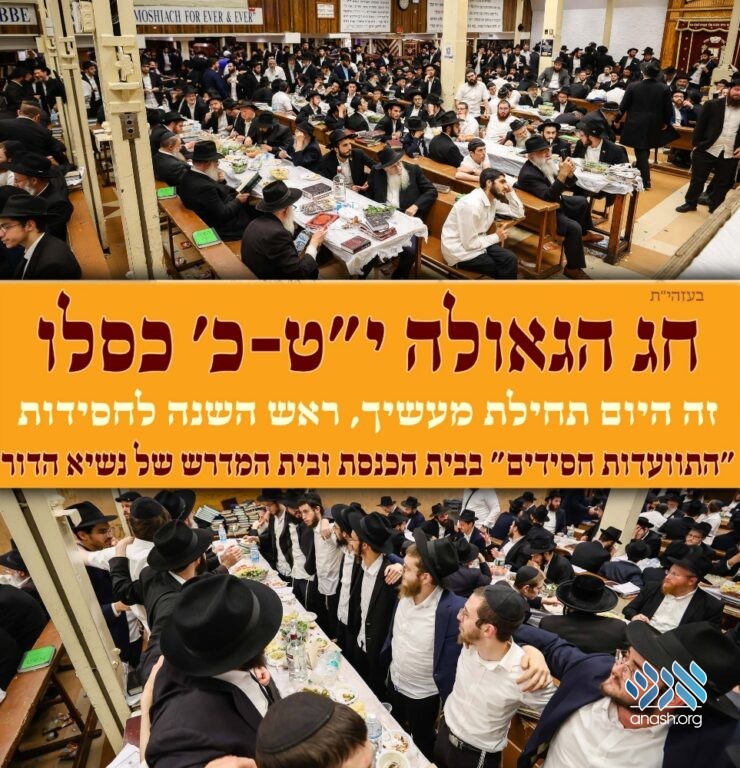 Over the days of Yud Tes and Chof Kislev, numerous farbrengens will take place in 770 Eastern Parkway, organized by the gabboim and the hanhala of the Central Yeshivas Tomchei Tmimim.

On Tuesday, the central Yud Tes Kislev farbrengen will take place in the large zal of 770. The gabboim invited the entire Crown Heights community to attend.

The full program of the farbrengen, as provided by the gabboim to Anash.org.

Leading the farbrengen will be Rabbi Mendel Blau, Rabbi Aharon Leib Raskin – Brooklyn Heights, Rabbi Shlomo Majeski, and Rabbi Chaim Yisroel Wilhelm. MC will be Rabbi Nissim Lagziel. Concluding the Shas, Tanya and Hayom Yom will be the Rabbonim of the Badatz, Harav Avrohom Osdoba and Harav Yosef Braun. Teaching a ma’amar of the Rebbe will be mashpia Rabbi Michoel Golomb.