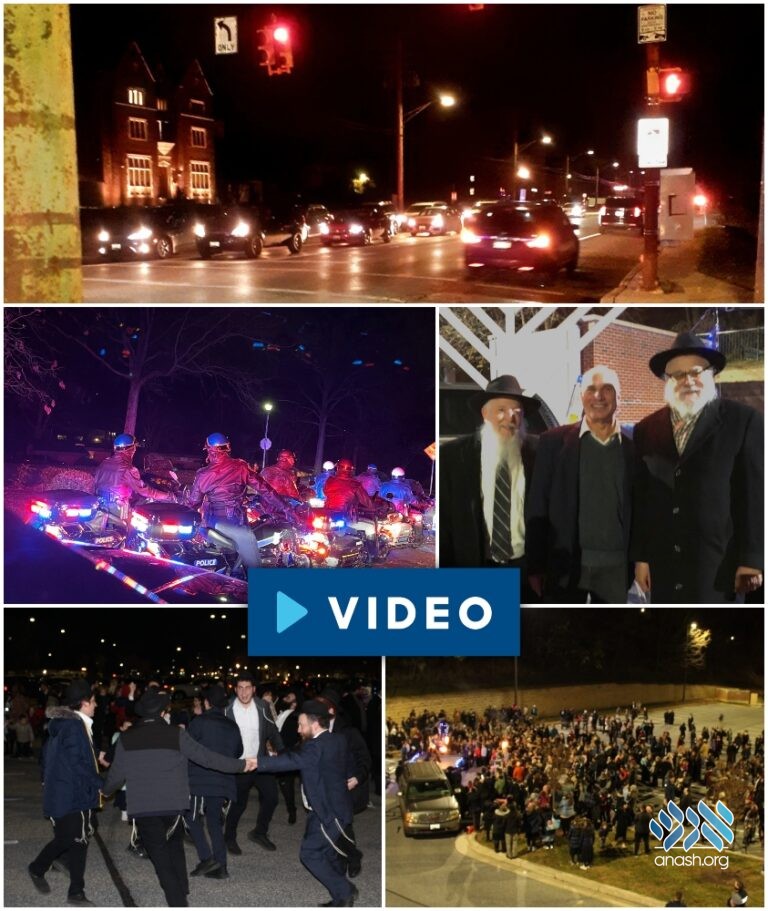 The message of Chanukah was brought to thousands of Baltimore residents with a menorah parade and grand menorah lighting. Many of the participants said it was the highlight of their entire Chanukah.

The message of Chanukah was brought to thousands of Baltimore residents with a menorah parade and grand menorah lighting. Many of the participants said it was the highlight of their entire Chanukah.

The Baltimore Community was looking forward to one of the highlights of Chanukah, the car parade and grand menorah lighting.

Over 70 menorah-topped vehicles, accompanied by 20 police vehicles from the Baltimore City and County Police Departments, paraded through Northwest Baltimore and Baltimore County, spreading the light and joy of Chanukah.

Baltimore County’s first Jewish Police Chief, Melissa Hyatt joined in the parade, and hundreds of people came out of their houses to watch the parade pass by. En route, the parade passed by the new 770 building of Yeshivas Lubavitch of Baltimore.

The parade ended at Quarry Lake, where for the first time a grand menorah lightning was held. The lighting, sponsored by Chabad of Maryland and Chabad of Park Heights, was organized by Shliach Rabbi Shmulik Raices.

“Especially noteworthy was the spectrum of people who participated in both the Parade and the public Menorah lighting ceremony. As the Rebbe emphasized so often, the work of Chabad is to bring light and positive inspiration to the world. This illumination is universal and one can see in the Baltimore celebration Jews from all ages, Bnai Torah, Chassidishe families, and Yidden of all levels of observance,” Rabbi Lisbon said.

The parade was organized by Baltimore Shliach Rabbi Chesky Tenenbaum, director of Jewish Uniformed Service Association of Maryland-Chabad, and Chabad Centers of Baltimore with the assistance of Rabbi Shmuel Kaplan, Regional Director of Chabad of Maryland.

“The success of the parade is a credit to the entire Anash community of Baltimore, who want to be part of the Rebbe’s work and demonstrated a great sense of achdus and a wonderful community spirit,” Rabbi Kaplan said.

The parade was made possible through the coordinated efforts of Baltimore City and Baltimore County Police Departments.