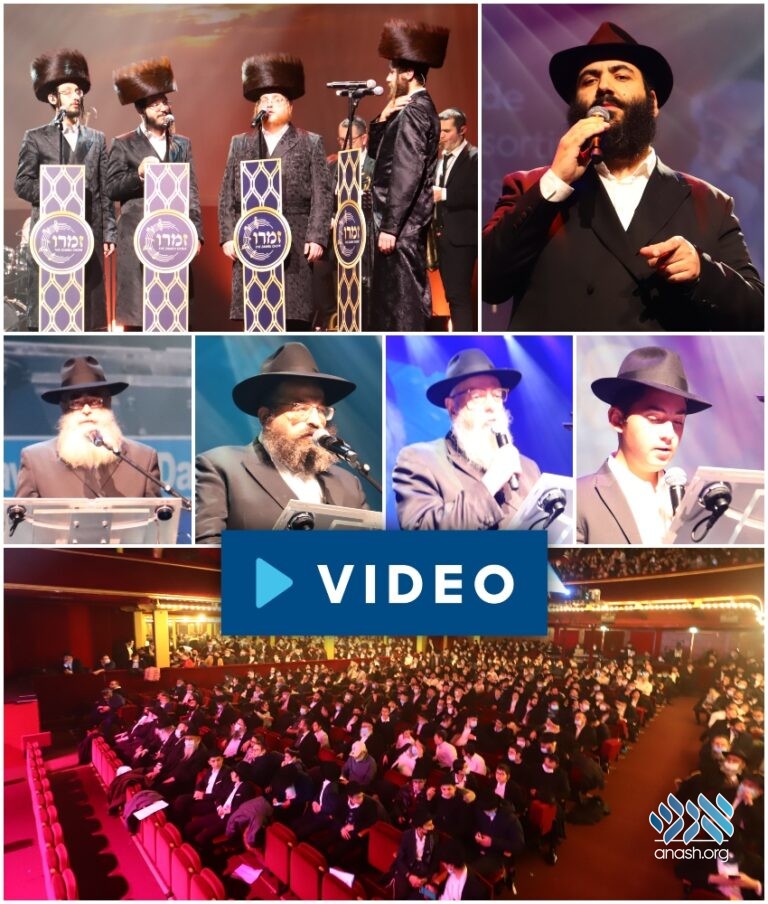 Thousands gathered in Paris, France for an evening of inspiration in honor of the Rosh Hashana of Chassidus, arranged by Beis Lubavitch.

Over 2,000 men, women and children in Paris, France gathered for a grand Yud Tes Kislev farbrengen arranged by Beis Lubavitch.

The guest speaker was Rabbi Michael Dahan, who spoke about the early years of shlichus in France, and about his father, Rabbi Shimon Dahan, who served as a rov, softer, and shochet for decades, whose shloshim was marked on 20 Kislev.

During the evening, a special video presentation was screened about the Rebbe’s upcoming 120th birthday.

The program also featured live musical accompaniment, by singer Shmil with the Zimra Orchestra from Antwerp.