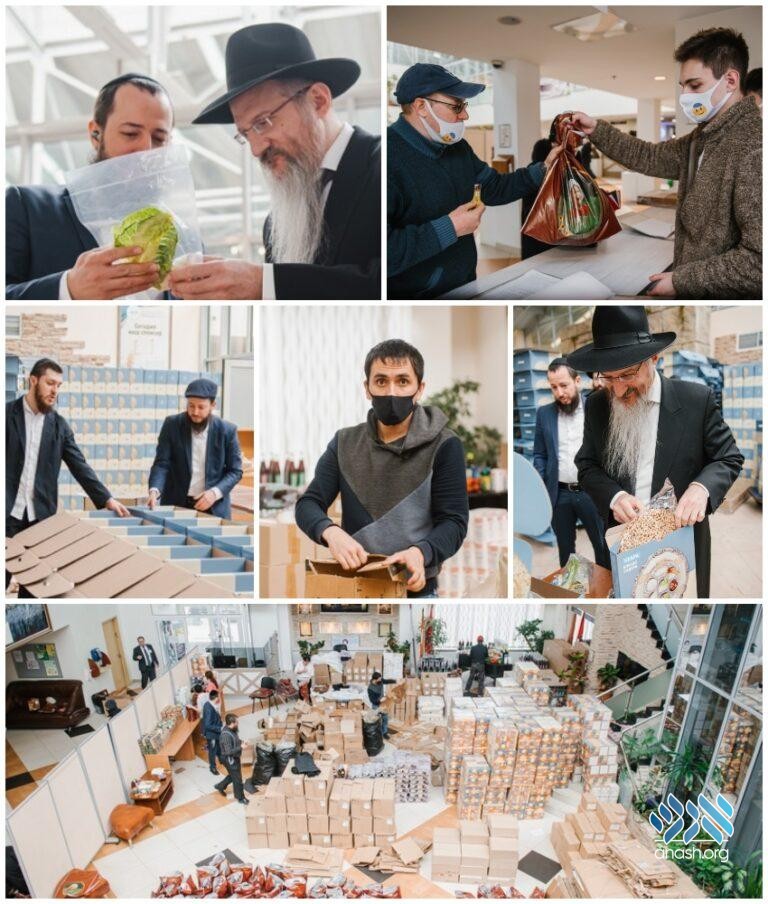 Russian Chief Rabbi Berel Lazar toured the central distribution facilities where food packages complete with everything needed for the seder are being prepared and sent to tens of thousands of families across Moscow.

In a special project initiated by Chief Rabbi of Russia, Berel Lazar, tens of thousands of “Seder in a Box” packages are being distributed to Jewish families throughout Russia. Each box includes everything necessary to conduct a full Seder at home, starting with disposable dishes, to Shmura matza, all items for the ke’ara, a full meal, as well as a Hagadda in Russian and an instruction booklet for the entire family.

The packages are being distributed throughout Russia by hundreds of Chabad shluchim who are regularly in touch with the Jewish families in their cities. During the past year, this connection has grown stronger thanks to the Shabbos packages that were sent out on a weekly basis.

In Moscow, the distribution is overseen by the dozens of Chabad Houses spread throughout the capital city.

Chief Rabbi Lazar personally visited the central headquarters, The Shaarey Tzedek Chesed Center, and was greatly impressed to see the organized lists and teamwork that ensured the smooth running of such an enormous project.

He also saw from up close the financial aid, Maos Chitin, distributed discreetly to the needy and elderly people of Moscow, as has already become a tradition for the past twenty years since the founding of the “Matan BaSeiser Fund” under the auspices of the “Keren Chaya Mushka Fund”.

This year the fund has expanded, enabling more people to receive aid in a respectful and dignified manner.