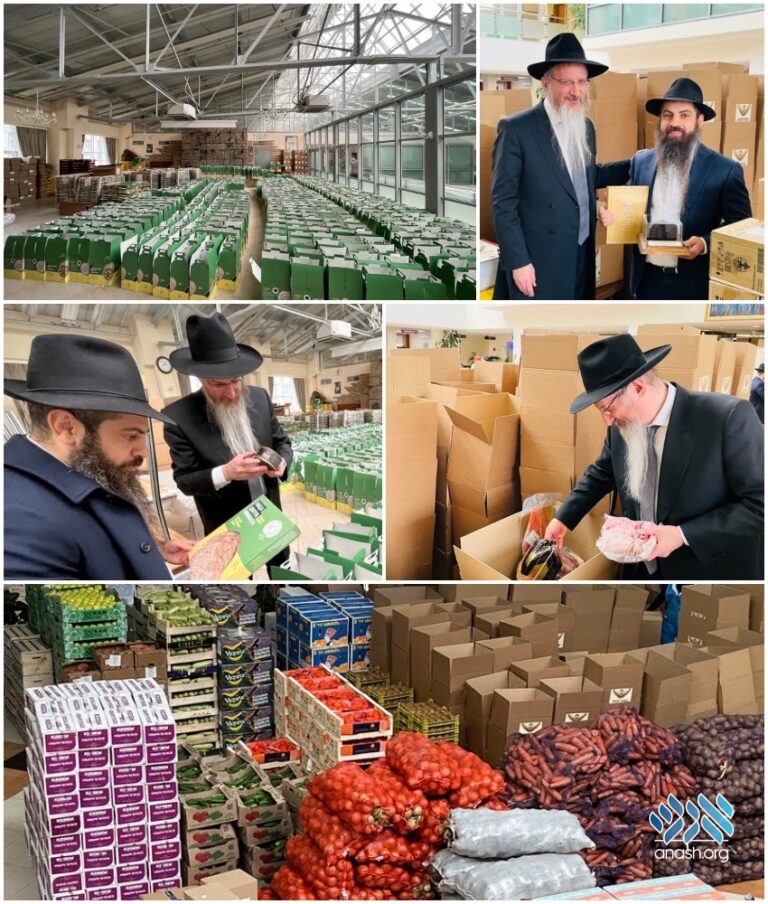 Despite harsh economic boycotts leading to a steep rise in the prices of basic goods, thousands of Moscow’s Jews have received aid ahead Of Pesach.

Moscow’s Shaarei Tzedek Chesed Center in the Marina Roscha neighborhood is bustling with activity. Dozens of dedicated workers and volunteers are working hard these days on distributing Kimcha DePischa in a most dignified manner to large families, to the elderly and to the homebound.

Chief Rabbi of Russia Berel Lazar arrived in order to personally oversee the packing of the products. He was amazed at the large variety of top-quality groceries that were given to each family, including shmura matza, wines and grape juice, chicken and meat, fish and olive oil, fruits and vegetables.

During his visit, Rabbi Lazar presented philanthropist Reb Yehuda Davidov with a token of appreciation for his staunch support of Moscow’s Kimcha DePischa project: a unique silk gartel that has a swatch of fabric from the Rebbe’s clothes sewn into it, along with a Haggada shel Pesach.

The Tzedaka Gabbais who are coordinating this extensive project presented the Chief Rabbi with the lists of all the beneficiaries, which grew very much this year, due to the recent steep rise in prices of basics, and the financial difficulties because of this.

In addition to this distribution, all of Moscow’s Chabad Houses are distributing special “Pesach in Box” sets which will enable Jews to celebrate the sdarim at home. The boxes include shmura matza, a Haggada, the seder necessities, and a step-by-step DIY guide. This is in addition to the many public seders being arranged by the Rabbis and Shluchim who are making every effort to reach as many Jews as possible and bring them the Holiday joy.

Jews who are ill and hospitalized, as well as those who are in prison, are not forgotten either. Shmura matza, as well as cooked Kosher lePesach food, is being delivered to them. A seder is also scheduled to take place in prison for the Jewish prisoners.