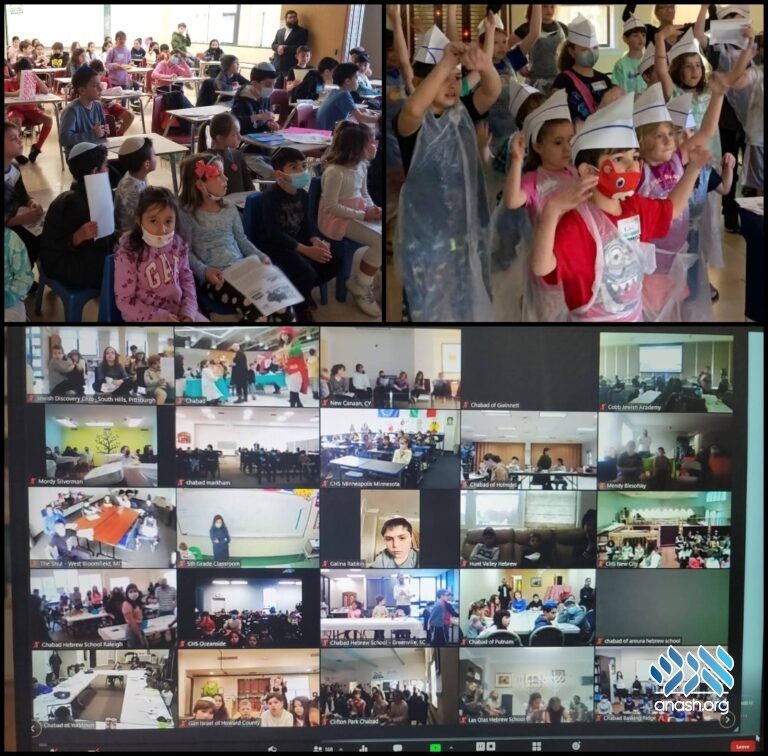 Long ago, Mordechai gathered the Jewish children to learn Torah and pray in a time of hardship. Now, at the CKids Unity Rally, thousands of children gathered to help their fellow Jews in the same way.

Twin brothers ran to their mother’s car this Sunday, shouting, “Mom, we had a really cool Zoom for Ukraine with like a million kids!” They had just finished Hebrew School and were already excited for next week. The twins had joined over six thousand other Jewish kids from two hundred and fifty Hebrew Schools in a CKids Unity Rally for their brothers and sisters in Ukraine.

“We are all here today to unite with Torah, Tefillah, and Tzedakah,” said Rabbi Dovid Weinbaum of Dix Hills, New York, while leading the rally. He inspired the children to consider their unique power to strengthen fellow Jews by connecting to Hashem.

The fifteen-minute program encouraged children to say a kapitel Tehillim and give Tzedakah in the merit of Ukrainian Jewry. Each school gathered in front of a screen or projector, which allowed them to participate in the event live. They even answered in unison when the students at the Chabad Hebrew Schools in Lake Success, NY and Potomac, Maryland, led the rally in reciting “Torah” and “Shema Yisroel.”

Rebbetzin Cherry Markovitch from Kyiv, Ukraine, led the children to recite a kapitel of Tehillim. She told how she and her family had prepared for the war by stocking up the Chabad House and shared the story of their miraculous escape to safety when the bombs began to fall.

In line with the Rebbe’s teachings about the blessings joy can bring to distressing times, the event included a choreographed dance video. Set to the tune of CKids’ anthem, “I’m a Jew, and I’m Proud,” the video directed the children’s dance moves in time to the beat. “The dancing was amazing,” said one Hebrew School teacher, “CKids designed the program very well, and, incredibly, all of my students were very engaged.”

A video from a Tzivos Hashem Rally with the Rebbe closed the program. The children energetically clapped along as they watched the Rebbe encourage the singing of “We Want Moshiach Now.” “I was busy watching the effect the rally was having on the kids,” says Rebbetzin Mina Richler from Chabad of Gloucester County, New Jersey, “I even forgot to take photos.”

CKids Director Rabbi Zalmy Loewenthal developed the program with Hebrew School Programming Director Chaya Zirkind. “This week, Hebrew Schools learned the story of Purim,” says Rabbi Loewenthal, “they learned how Mordechai gathered the Jewish children to learn Torah and pray. This program showed the children that they too have the power to help their fellow Jews in the same way.”

Part of the Chabad Headquarters’ Ukraine Jewish Relief Desk’s “You Can Help” campaign, the online event was designed to educate children about their unique ability to touch the heavens with prayer.

Merkos 302 Director Rabbi Mendy Kotlarsky says it highlighted what CKids is all about. “The Rebbe insisted that children’s education isn’t just about preparing for adulthood,” he says, “the prayers and mitzvos of children have tremendous power, and every mitzvah is invaluable on it’s own.”