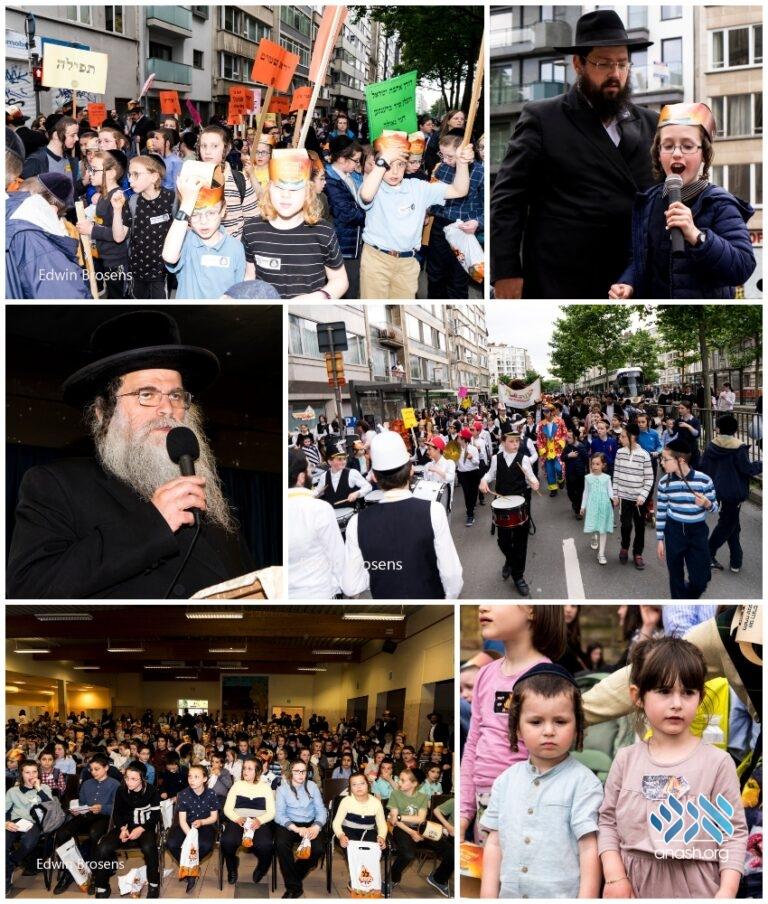 A downpour in Antwerp came to a halt as thousands of children and families marched through the streets for a Lag Baomer parade. Local schools, including Satmar, Belz, and Yavneh schools, ended school early to join the parade.

Thousands of children and families joined Chabad of Antwerp, led by shliach Rabbi Shabtai Slavaticki, for a Lag Baomer parade and program.

Although it took place during rush hour, the police agreed to block off the streets. Before the parade began, it was raining heavily outside, and the police were doubtful about whether they could proceed. But miraculously, the rain stopped for the parade and only restarted once it ended.

The crowd marched proudly through the streets until they reached the Aguda Zal where a program had been set up. Participants divided the Tehillim and Mishnayos in memory of those who passed away in Meron.