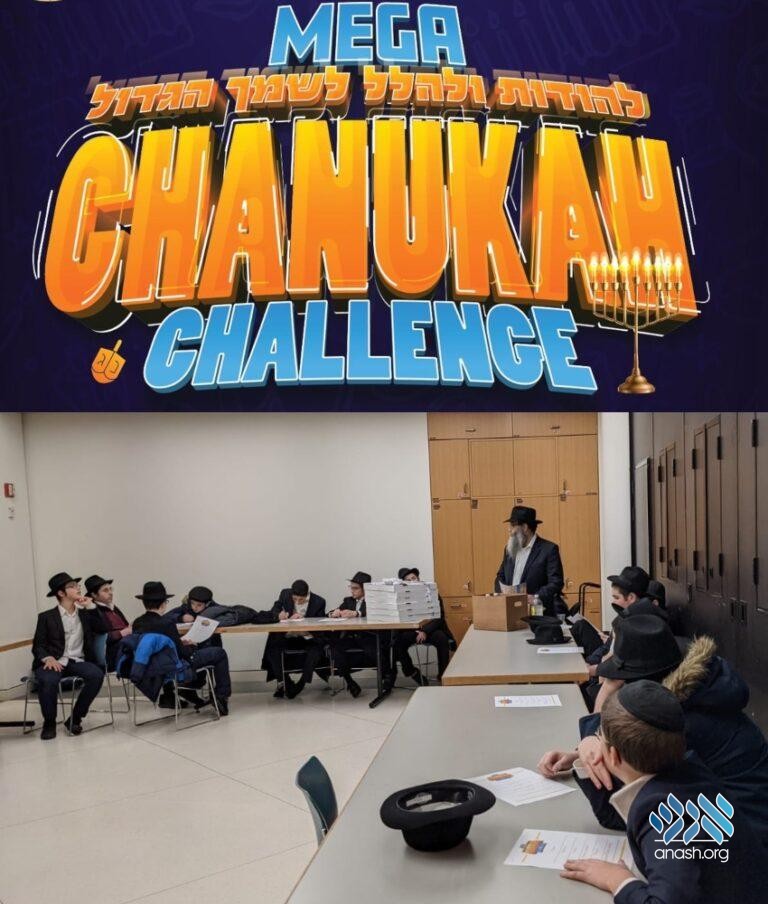 As Tzivos Hashem celebrates 40 years, a mega challenge was launched. Geared to the wider Frum community, the challenge adds unique Chayus into the Chanukah Mitzvos and Minhagim.

The Mega Challenge encourages children to complete missions throughout Chanukah, each one winning him another ticket into a raffle for different prizes.

Crown Heights children got involved too. Many of the children’s Mitzvah tanks helped spread word of the challenge by distributing flyers to the wider Frum neighborhoods.

“Usually the tanks head out to Manhattan,” organizers explained. “This year, with the city being without tourists, a larger focus was placed on Brooklyn neighborhoods.”