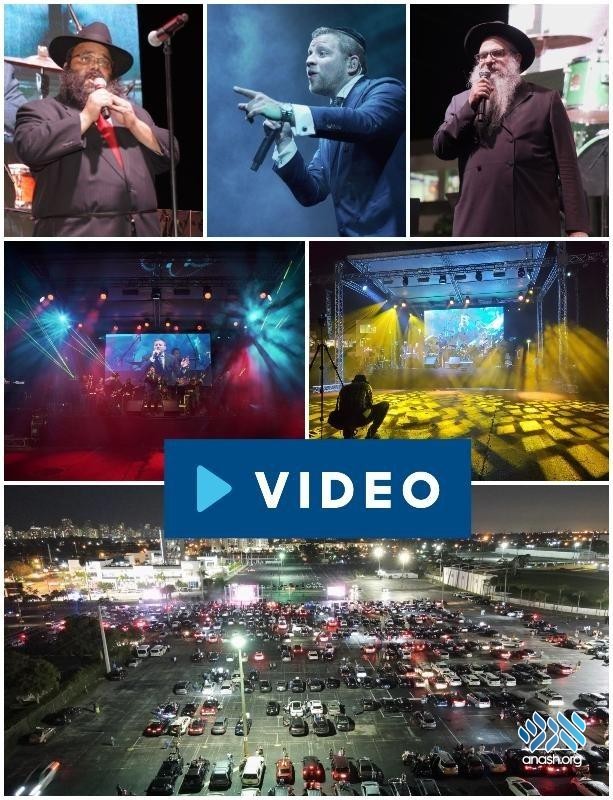 Florida’s annual Mega Chanukah Festival by Chabad of South Broward was attended by thousands in-person who watched, sang, and danced in a parking lot the size of 6 football fields.

After many long months of struggling with how to host the 41st Annual South Florida Chanukah Festival safely in person, Chabad of South Broward miraculously staged the Chanukah Festival in the parking lot of THE BIG EASY CASINO, the size of 5-6 football fields.

Police reported 950 cars that stayed for more than two hours of the Festival, and 800 cars that drove in for an hour or so with thousands of people literally “going out of their personal Mitzrayim”.

Mordechai Shapiro was on fire, a spectacular light show took place during most of the evening, Rabbi Yossi Lebovics and sons sang Haneiros Halolu, as the Giant Menorah symbolized the light that will follow the darkness of Covid, and 2,500 children received real Chanukah Gelt and other goodies.

Rabbi Raphael Tennenhaus said that the only super spreader at the Chanukah Festival was the super spreading of light, hope, joy and the anticipation of the revelation of Moshiach, the end of the Pandemic, and the end of Golus.

Numerous Commissioners of Broward County were in attendance, as well as editors of local newspapers.

In a recorded video, Rebbetzin Goldie Tennenhaus regally described a dream she had of the Rebbe, that took place five weeks before the Festival, with the Rebbe encouraging the Festival to go on, in a manner of “more”.

Many Festival Participants agreed that this open space format should be repeated, even after the Pandemic, as they felt this was the most fun filled and inspiring Chanukah Festival in the Festival’s 41 year history.

The entire Festival was broadcast and can be seen on Chabad.org, and stunning pictures of the Festival were taken by Photographer Mendel Mish.

A shout out to the 25 students of the Chaya Aydel Seminary, who assisted before and during the event, and appeared to one and all as “the life of the party”.

This Festival only took place thanks to numerous very generous partners, donors, and sponsors. For the background of this Historical Festival, which brought immense joy and liberation to so many who were for 10 months practically locked up in their homes, please log on to Chanukahfestival.com.