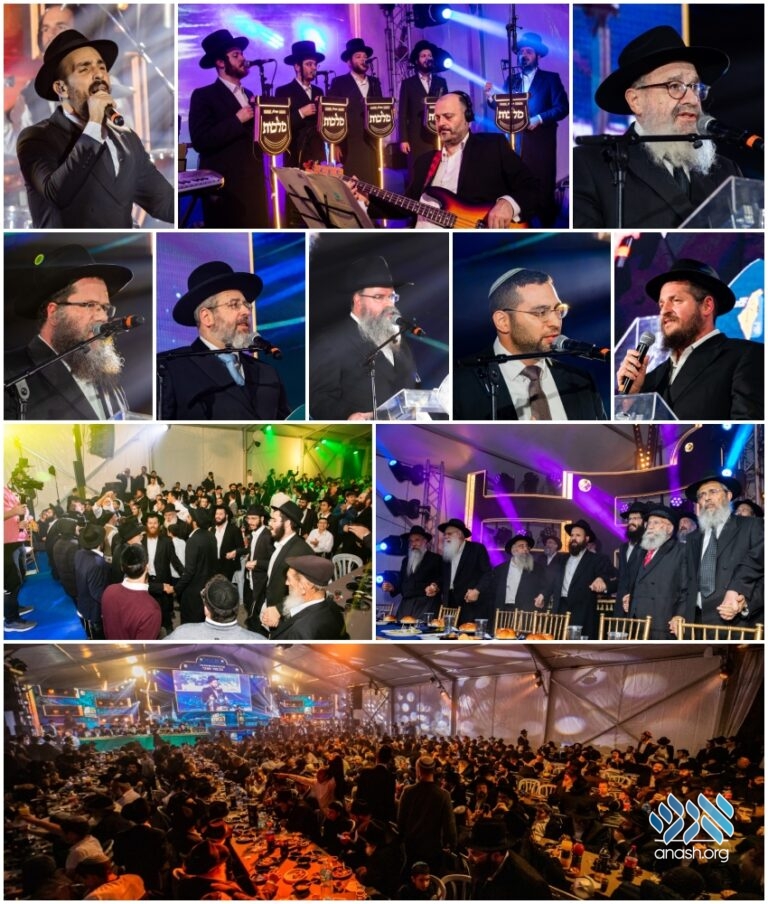 Thousands of Chassidim and non-Chassidim alike joined the central Yud Tes Kislev farbrengen held Tuesday night in Kfar Chabad, celebrating the Alter Rebbe‘s release from Czarist prison, and the start of a new era in spreading the wellsprings of Chassidus.

The annual event was organized by the Kfar Chabad regional committee headed by Rabbi Shimon Rabinowitz and was addressed by Rabbonim and shluchim from Eretz Yisroel and around the world.

As in the past, the central Yud Tes Kislev farbrengen attracted many senior Israeli political leaders and public figures including Knesset members, mayors, and former ministers, who honored the event with their participation.

The daled bovos of the Alter Rebbe was sung by Nemuel Harroch accompanied by the Malchus Choir conducted by R’ Shia Segal, and Mona Rosenblum‘s orchestra.