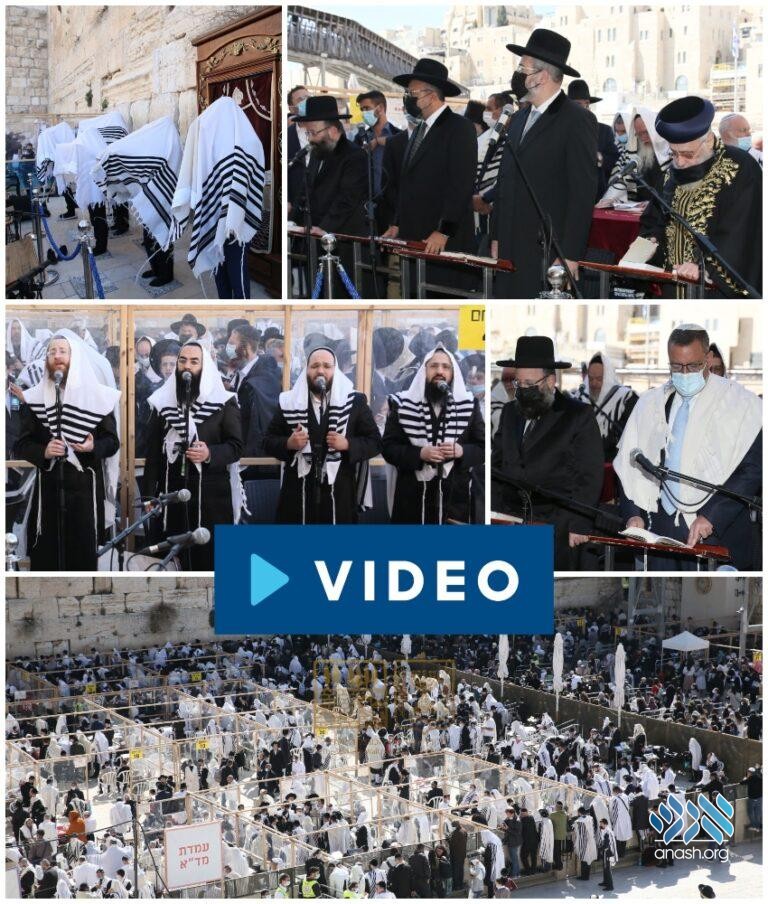 Thousands of people took part in the biannual Birchas Kohanim ceremony at the Kosel, held now for the first time since the start of the pandemic.

For the first time in a year and a half, thousands of people flocked to the Kosel Hamaaravi to take part in the biannual Birchas Kohanim event, held each Chol Hamoed.

In order to allow for the maximum number of participants and prevent overcrowding, organizers decided to hold the event on two consecutive days, one held yesterday and another this morning.

The biannual event is usually held on the morning of the second day of Chol Hamoed in Eretz Yisrael, to permit those visiting from abroad to take part.

In stark contrast to last year’s ceremony was limited to only 10 kohanim and held without any audience, this year’s event was attended by thousands of Jews from across the country.