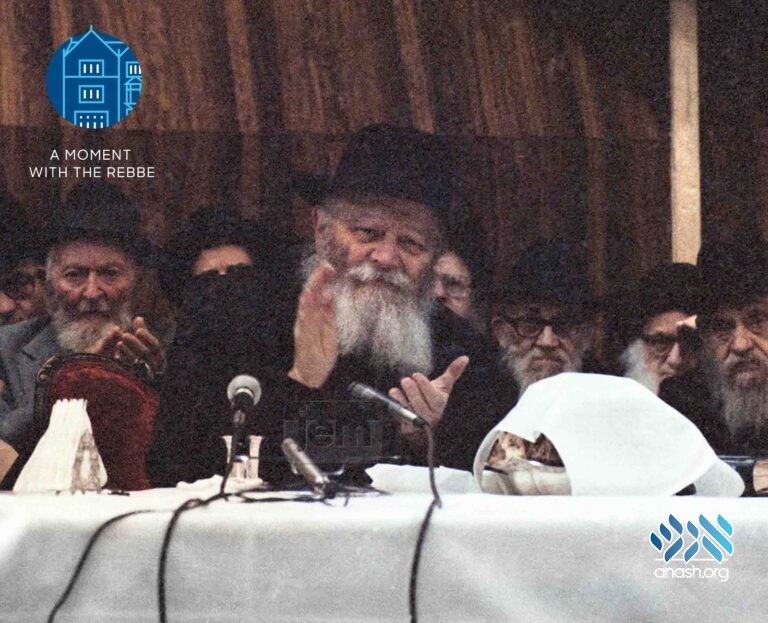 Reb Avrohom Rotenberg, a Gerrer real estate agent, lived for two years at 777 Eastern Parkway and would frequent 770. When his father suffered a heart attack, the Rebbe advised him to “Think Good” and a miracle occurred.

The Gerer chossid Reb Avrohom Rotenberg from Bnei Brak is a real estate agent who lived for two years at 777 Eastern Parkway. Since he was across the street from 770, he frequented the shul.

One Thursday afternoon in 5719 (1959), I received a letter from my brother in Yerushalayim that my father had suffered a major heart attack. I panicked and immediately wrote a note to the Rebbe. In my anxiety, I concluded the letter with “I don’t know what to think…”

Within an hour I received a response. The Rebbe had circled the last line, and wrote, “That is strange!! The directive of the Rebbeim is well known: ‘Think good and it will be good.’ I await good news.”

The Rebbe’s answer calmed me. Three days later, I spoke with my mother on the phone, and she told me that my father was out of critical condition, since Thursday night.

That day after mincha, I approached the Rebbe with the good news. “When did this transpire?” the Rebbe asked.

“And when did you begin to think good?”

“Nu,” the Rebbe said. “There should be no more such situations, but remember to always think well…”