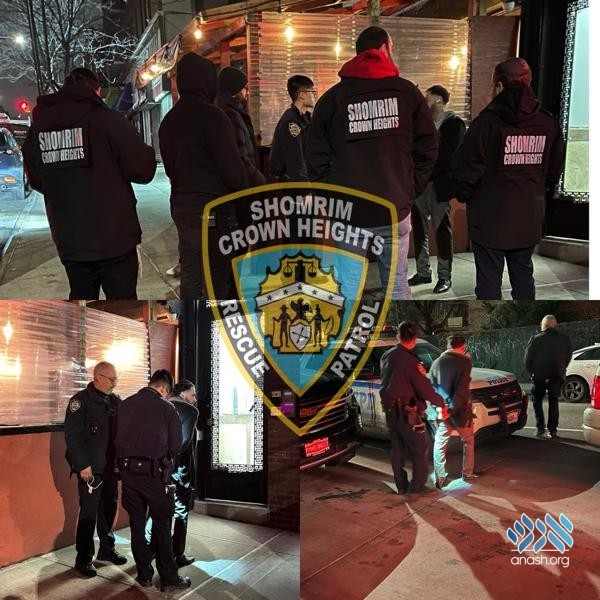 A man causing trouble to Crown Heights stores and residents was arrested on Tuesday for stealing equipment from Izzy’s Smokehouse on Troy Ave.

A man causing trouble to Crown Heights stores and residents was arrested on Tuesday for stealing equipment from Izzy’s Smokehouse on Troy Ave.

For the past few months, the male has been causing issues and has been a nuisance to residents. He has been harassing people in shuls, aggressively demanding Tzedaka, and stealing items left unattended.

A few days ago he stole a tablet from Izzy’s Smokehouse that they use to take online delivery orders resulting in significant losses for the eatery.

When he returned again on Tuesday for more trouble, Shomrim volunteers responded quickly, arriving while the thief was still in the store. Shomrim escorted him out of the store calmly and without incident and the police arrived a few minutes later to arrest him.

Although the eatery was full of patrons, volunteers were so efficient that it was barely noticed that an arrest was underway at the store.

“He stole a tablet from a local restaurant, which they use to fill online orders. Our vols responded quickly and were able to escort him out of the restaurant without incident, ensuring the safety of the patrons, and he was arrested by @NYPD71Pct officers,”Crown Heights Shomrim wrote on Twitter.