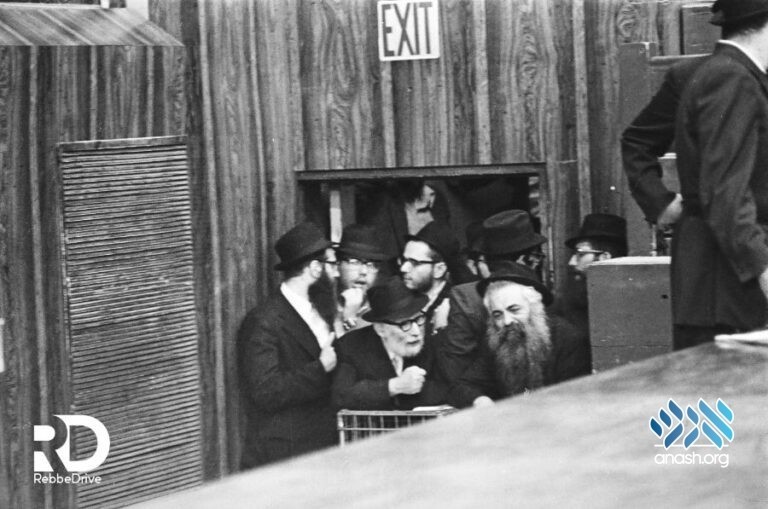 Reb Yoel Kahn recalls the fiery farbrengen of 5715 when the Rebbe lashed out against secular studies for children and a heated discussion that took place afterward in 770.

Following the recent installment of the Rebbe’s view on secular subjects, we bring you this recollection by the mashpia and chozer Reb Yoel Kahn of the momentous farbrengen of Simchas Torah 5715 and a debate that followed it:

When the Frierdiker Rebbe first arrived in America he proclaimed, “America is nisht andersh!” – meaning that the very same Torah lifestyle of Europe should now flourish in America. He toiled assiduously, yet fifteen years later there still remained a trace of the American perspective, that one must consider the demands of the modern world. This belief even penetrated, albeit in a more subtle form, some families of chassidim.

For example, in the cheder in Europe children were not taught any secular subjects, even basic math. A young child knew nothing other than Hashem and his Torah, and the Chumash or Gemara that he was learning. But in America, in order to attract children from other homes, a small amount of secular studies was included on the side.

The Rebbe spoke several times about how young children, “breath without sin,” must be involved only in holiness, in learning Hashem ‘s Torah. To those who claimed that it was necessary to teach them a trade, the Rebbe would answer that this could be taught to them much later, when they were closer to that time.

In a fiery sicha on Simchas Torah 5715 (1954), the Rebbe said that the only reason for admitting secular subjects was to attract outsiders, but for their own children, chassidim should want the maximum degree of kedusha possible, and have them learn only holy subjects.

I remember after that farbrengen a number of parents gathered together to discuss the issue. One chossid exclaimed that whatever had been done until then was a mistake and now they must immediately hire a melamed to teach their children only limudei kodesh.

Another parent countered, “In general, I agree with what you’re saying. However, the children also have to learn a bit of math, geography, history, and so on. They can’t be completely clueless about the world.”

The first parent replied that the children could learn any of these subjects later on, and besides, it wouldn’t be so terrible if they wouldn’t know about them at all. He argued: “Since in truth the only reality is Hashem,what value do these matters have? Aside from Torah and mitzvos there is nothing that the children need to know!”

Hearing this, the second parent retorted, “You’re speaking so loftily as if you were on the level of Reb Binyomin Kletzker, who lived his entire life in an environment of Hashem’sunity!”

The first chossid told his colleague, “You’re an apikores!”

The first chossid replied, “Certainly so! In belief, I am no different than Reb Binyomin Kletzker. In fact, if I would perceive the oneness of Hashem one iota differently than him, that would smack of kefira. The difference between us is in feeling: Whatever Reb Binyomin Kletzker believed in his mind, he felt in his heart, but I struggle with taivos of the yetzer hara.

“However, when to comes to my children, I have no yetzer hara. Every parent wants for his child the best that he can imagine. If so, the thought to educate your child in worldly matters stems from a belief that there is something real besides Hashem.That is a serious problem. I therefore say to you: if you cannot serve Hashem as Reb Binyomin did, that is understood. But if you disagree with him, and this expresses itself if you differ from him while making objective decisions, then indeed you have an outlook that smacks of kefira.”