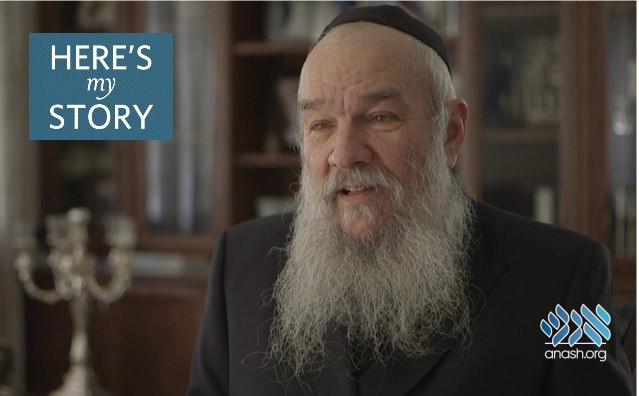 Rabbi Yosef Hecht tells how he became Chief Rabbi of Eilat at the age of 29 and the special gift the Rebbe gave his 2-year-old son to give to his father.

Rabbi Yosef Hecht has served as the chief rabbi of Eilat, Israel, since 1979. He was interviewed in July of 2017.

In 1976, when I was a student at the central Chabad yeshivah at 770 Eastern Parkway, the Rebbe made an announcement at a farbrengen that he wanted to publish more writings of the fifth Lubavitcher Rebbe, Rabbi Sholom Dovber, better known as the Rebbe Rashab.

The Rebbe Rashab was a prolific writer and there was a series of 146 discourses called Ayen Bais — written by him in the years 1872-1875 to lay out the foundational concepts of Chabad Chasidut — that were never published. But now the time had come to change that, the Rebbe said, going on to explain:

“For many years now, I have been troubled by the fact that many other chasidic discourses have been printed, while this extraordinary series never was. If I have the ability to publish it, and I haven’t yet done so, I’m taking upon myself the responsibility for withholding these teachings from the public. But, for several reasons, I was afraid to publish [these deep mystical truths] until I thought of an idea…”

The Rebbe’s idea was to publish these revolutionary teachings in partnership with his chasidim, and so he asked that each chasid demonstrate his participation by contributing one dollar towards the project.

I was among those selected to work on this project, and — together with my friend Rabbi Zusha Winner — was put in charge of making the index of the subjects covered in all of the 146 discourses. After we handed in the first batch of entries, the Rebbe congratulated us, saying that our indexing method “gives an orderly and positive impression.” He urged us to continue to work as fast as possible but not to sacrifice quality.

He also told us that each time he goes to the Ohel, the resting place of the Previous Rebbe, he takes with him the latest pages we’ve produced, which helped to spur us on and kept us on the go.

It was hard work to make an index for so many discourses which filled three large volumes, and the Rebbe kept us to a tight schedule. One evening, the Rebbe asked us to determine when we would be finished — and he wanted us to submit the deadline before he went home. We hurriedly made a calculation of how much time we needed and explained that we were allotting additional time to index the last volume since it is not divided into chapters and “is very hard to categorize.”

The Rebbe interrupted his audience schedule to give us an immediate answer. In his response, he commented on the words “very hard,” reminding us of the Mishnah’s statement, “yogata umatzata — if you work hard, surely you will succeed,” and adding: “success comes together with hard work.”

We indeed worked very hard and managed to finish the index on the first volume within two months.

And then an amazing thing happened. I was assigned a new mission which required me and my wife Tila Henya to move to Israel while someone else was appointed in my place to complete the rest of the indexes.

We were to be among six newly-married couples charged with helping Israel in its spiritual and physical development. It was a huge honor to be chosen for this mission, as many couples had wanted to go. And it was probably the fastest aliyah on record because we were notified only five days before departure — so we had to gather our belongings and get ready for a move across continents in an extremely short period of time.

Once we arrived in Israel, we were located in Tzfat where we had a big impact, but two years later, in 1979, the Rebbe encouraged us to branch out across Israel and, if possible, take on rabbinic positions. At his suggestion, we went to Eilat, a secular resort city on the Red Sea. When, with the Rebbe’s encouragement, I applied for the position with the Israeli Rabbinate, I was unanimously chosen as the chief rabbi of Eilat at age 29! This seemed to me miraculous as the rabbinate was then a rather closed club, and on top of that, I was coming from America and speaking Hebrew less than eloquently. But I attribute all of it to the Rebbe’s encouragement and blessings.

After I got the job, I wrote to the Rebbe, telling him that we planned to move to Eilat after Sukkot, as my wife was obligated to travel to New York for her sister’s wedding. But the Rebbe had his secretary call me immediately to say that I must start before Rosh Hashanah because that is the time when people are most receptive. The message from the Rebbe was crystal clear: “It cannot be that the rabbi of the city will not be there for Rosh Hashanah!”

Of course, I did as the Rebbe directed. I recall that, on Rosh Hashanah, I went to the local hospital and blew the shofar, and people — the doctors, the nurses, the patients — stopped in their tracks. “What’s this?” they asked. It was the first time they had seen such a thing in a hospital.

After that, at the Rebbe’s direction, I returned for Yom Kippur. The synagogue was filled to capacity and I gave several inspirational talks. I reported all this to the Rebbe, adding that for Sukkot I planned to return to Tzfat as I was still alone and I had no sukkah. The Rebbe’s response: “Make sure you are in Eilat for Sukkot.”

I did my best. I built a very tiny sukkah for myself and I ran around the city encouraging people to shake the lulav, which also was met with a very positive reception.

Meanwhile, I asked my father to take advantage of the fact that my wife and children were near the Rebbe in New York, and take my two-year-old son to a ceremony called Kos Shel Brachah during which the Rebbe distributed wine from his cup. My father did as I requested. Seeing my son, the Rebbe quipped, “What’s this boy doing here? Why isn’t he helping his father in Eilat?”

He then handed a bottle of vodka to my son — who was barely able to hold it in his arms — probably the only time that a child of two was asked to convey such a gift to his father.

The next day, my wife had an audience with the Rebbe who assured her that he’d already heard reports about me. “I don’t know whether you receive the same updates that I receive, but if you didn’t hear yet, I can tell you that your husband was very successful during these holidays. I saw your son yesterday and I gave him a bottle of mashke. Just so you know — he should bring it to his father. It is not for him,” he added smiling broadly.

Of course, it meant a great deal to me that the Rebbe was pleased with my success that holiday season when we were just beginning our new mission. And over the course of the past four decades we have expanded our activities to the point that today I lead a team of over a dozen emissaries in Eilat. We have a number of Chabad houses, a soup kitchen for the needy, and educational institutions for children of all ages. And it is our hope that the Rebbe is even more pleased now than he was when I was just getting started.