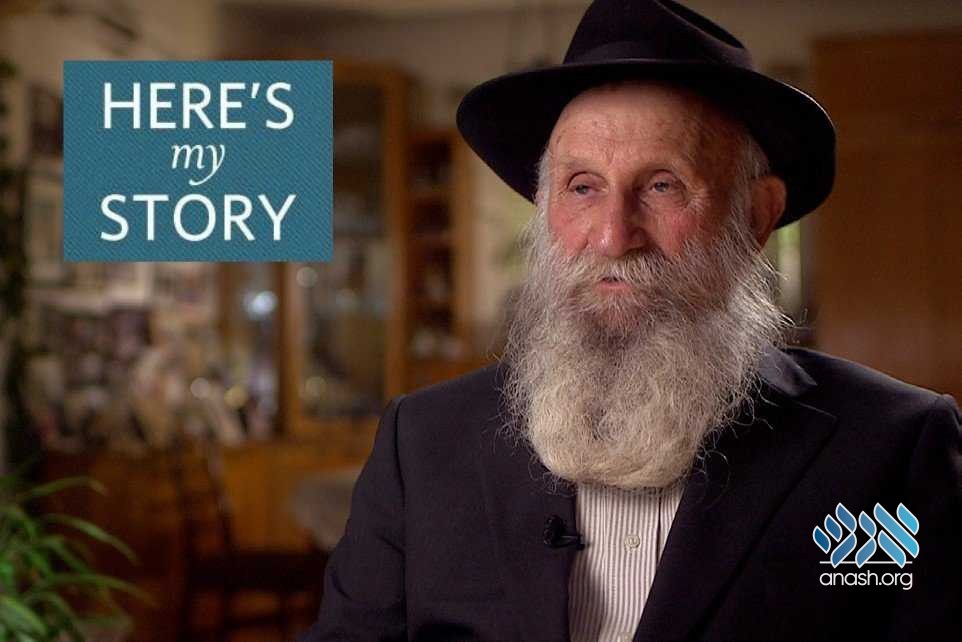 Rabbi Elazar Gorelik tells of the history of Esrogim orchards in Kfar Chabad replanted from the Rebbe’s Esrogim, and how the Rebbe saved their orchard from extinction.

Rabbi Elazar Gorelik lives in Kfar Chabad where he formerly taught at the Kfar Chabad vocational school. He was interviewed in May of 2014.

My family fled the Soviet Union right after World War Two ended and wandered around Europe until 1948 when the State of Israel was founded. At that time, my parents – together with another thirty-four families – responded to the Previous Rebbe’s call to establish a Chabad village in Israel.

In the beginning, Kfar Chabad was an agricultural settlement and like most of the residents, my father – Rabbi Avraham Shmuel Gorelik – also worked in agriculture. But, in 1956, he decided to enter a partnership with Rabbi Nachman Elbaum, a dealer in etrogim, the fruits of citron trees which are necessary for Sukkot rituals.

Rabbi Elbaum brought seedling from Calabria, Italy, and with these my father started the first etrog orchard in Israel. For generations, the preferred etrogim came from Italy, but there were concerns – because etrogim are notoriously difficult to grow, very delicate and fragile – that the farmers in Italy were grafting etrog branches onto other citrus trees. Therefore, the Rebbe had instructed that seeds from Calabrian etrogim that had not been grafted be sent to Israel and that we begin growing them here.

From its inception the Rebbe showed great interest in my father’s etrog orchard. In a letter to the Kfar Chabad community board, dated November 12, 1959, the Rebbe wrote: “I have received the happy news that several hundred etrogim have grown in Kfar Chabad [from seedlings] originating in Calabria, as the true “beautiful fruit” specified in the Torah refers to the Calabrian etrogim.”

He also expressed concern that these young trees be properly protected from the elements with fences and buffer zones, adding, “Surely those who are involved in this will look into the matter soon.” After reiterating how happy he was to have learned of this development, he expressed surprise that the good tidings had not been shared with him immediately.

In 1960, the first usable fruits were picked from the trees to everyone’s great joy.

A few years later Rabbi Elbaum left Israel, and my father bought out his share of the partnership, continuing on his own with the assistance of my brother in-law, Rabbi Moshe Naparstek. But immediately he faced a challenge. In the late 1960s, many orchards in Israel were afflicted by a plant disease called “citrus blight,” some even having to be totally uprooted. There was no treatment for this disease and my father was very worried that our orchard would be afflicted as well; he even debated whether it was a good idea to continue to grow etrogim at all.

But when, in 1969, I traveled to New York for the High Holidays, the Rebbe totally negated my father’s concerns. “Your father’s land is very suitable for growing etrogim. Clearly, this disease can be overcome since others are still planting in Israel, and Jews need to make a blessing on kosher etrogim.”

The Rebbe also pointed out that, lately, it was becoming difficult to bring kosher etrogim from Italy, because grafting has become more common there and it is hard to supervise their orchards. So, he said, “ultimately, everyone will come to depend on your father’s orchard.”

With regard to the citrus blight, the Rebbe suggested we contact the Israeli Ministry of Agriculture and request that they find a solution since Jews must have kosher etrogim. He also added that if this will incur expenses, we should inform his secretariat and he would contribute toward the costs.

We did contact the Ministry of Agriculture as the Rebbe advised, and they found some solution which – though it didn’t entirely prevent the disease – minimized the risk through special covers and sprays. And this saved our orchard.

After some years, it became too difficult for my father to care for the orchard, and I began to think that I should abandon my career in education and take over for him. But the Rebbe did not support this idea. He told me, in an audience in 1976: “From what I hear you are successful in education, and the situation in Israel today is such that one who is successful in education may not leave. You should hire someone to take care of the orchard; then you will only need to supervise him.” So that is what I did, and thank G-d, the orchard continued to flourish.

Throughout the years, every time I would come to see the Rebbe, he would be interested in hearing the details about the etrogim, and he would give me all sorts of instructions regarding the orchard and even about marketing. At some point we bought more land in order to expand the orchard, but we were forced to buy a plot that was bigger than we needed. So we debated whether to plant only etrogim, which are a big investment, or whether to plant half etrogim and half other crops. The Rebbe’s response left us with no doubt: “It is a wonder that such a thought entered your mind – you must plant [etrogim] to the maximum capacity!” And then he reiterated what he said earlier, “There will come a day when it will be difficult to bring kosher etrogim from Italy and everyone will rely on your orchard.”

We followed the Rebbe’s advice. Also, a few times after Sukkot, we asked the Rebbe for his etrog so we could take the seeds and plant them. That way, Chabad chasidim in Israel would be able to make the blessing on an etrog grown from the seeds of an etrog which the Rebbe had used. It would mean a lot to them to be able to do that.

But we never received a response to our request, until 1990. That year – this was at the end of the Hebrew month of Tishrei of 5751, the year that the Rebbe dubbed “the year of wonders” – he sent us two of his etrogim.

When they arrived, we took them to Rabbi Mordechai Ashkenazi, the rabbi of Kfar Chabad, to open them in his presence. We extracted fifty-four seeds and planted them right away.

Twenty-six seedlings grew from these seeds, and of those, we selected the best ones and planted an entire orchard with them. We uprooted the former orchard started with the seedlings from Italy, so that people would know for certain that their etrog came from the Rebbe’s own.

At first only Chabad chasidim were interested in these special etrogim, but later on, we discovered that there is a great demand among the general public, from all streams of Judaism, and therefore, as time went on, all our orchards were planted with seeds from the fruits of these trees.

We called the fruits of these orchard Esrogei Arenu Niflaos – “Citrons of the Year of Wonders,” and today they are available for purchase around the world.

Rabbi Elazar Gorelik lives in Kfar Chabad where he formerly taught at the Kfar Chabad vocational school. He was interviewed in May of 2014.