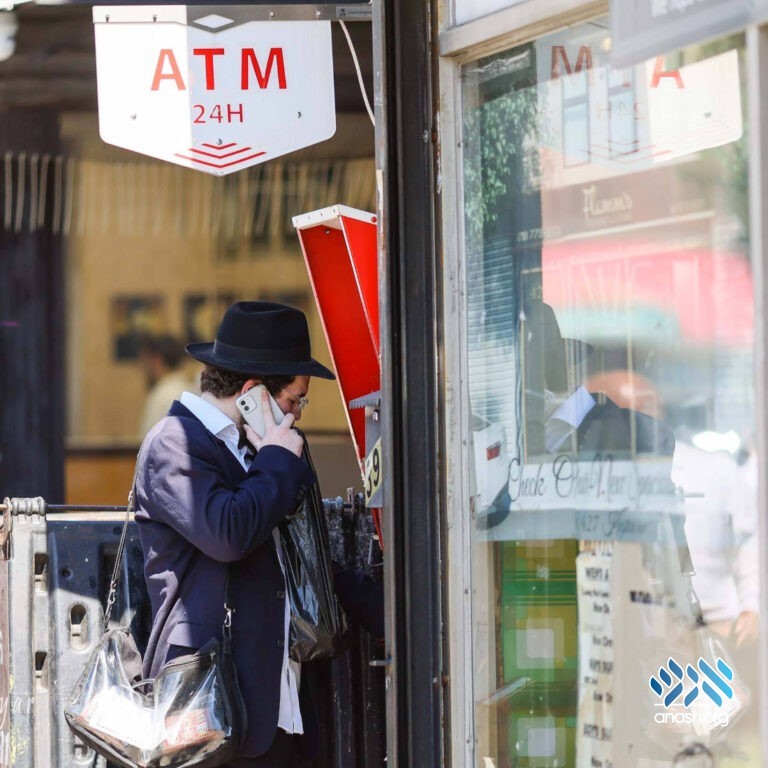 “It all began on Erev Yom Kippur. I thought I felt ready. Then I got a game changer WhatsApp from a friend,” Rabbi Yoseph Vigler shares the ‘insanity’ of what a Jew will do to help another.

Ever asked a random Jew – How much do you need to cover everything you need for Yom Tov? Is that a normal question? The past few days I discovered that Jews are insane. I have no other word to describe it.

On Friday night a lady came over to us to say thank you. For the past few days she had been toiling to find $24,000 to pay tuition for a single parent child she didn’t know. Yet she mobilized her entire family to help. And she was grateful for the privilege.

It all began on Erev Yom Kippur. I was preparing for the holy day – Kaporos, mikvah, the works. I thought I felt ready.

Then I got a game changer WhatsApp from a friend, a sicha of the Lubavitcher Rebbe from 66 years ago, 6 Tishrei 5716. He suggested that we must earn the right to beg G-d for a good year, when we may not be worthy, by seeking a Jew whom we have never met, find out what that Jew needs for Yom tov and give him EVERYTHING to celebrate in style. Then G-d will take care of us.

I was inspired so I forwarded it on.

Within minutes my WhatsApp was buzzing. I had woken up a sleeping giant.

One Yid was exiting a store as he got the WhatsApp. Just then a fellow asked him discreetly for help. “How much do you need to celebrate the ENTIRE Yom tov?” The guy bashfully replied, “$300.” This yid got the cash from an ATM. The stranger says, “To tell you the truth I was praying to G-d because I had no money for rent due today.” The Yid returned to the ATM and withdrew the entire $2500 this fellow needed.

I know of tens of thousands of dollars that transferred hands from that text, in the hours before Yom Kippur till now.

I was privileged to be asked by some people to serve as an agent to give money to families I know. One lady raising her six children alone heroically said, “I cannot believe I am part of this Jewish people. Why would a stranger give me $4,000 to cover my entire Yom Tov?!”

A young father alone with his kids received Yom Tov ready made, because cooking was not his forte.

One mother was crying as I called her. “I already received funds from you, from the My Extended Family vouchers,” she said. “But to tell you the truth it’s all used. I went to the Ohel of the Lubavitcher Rebbe to daven.” “I am sending you everything to cover it. FYI, this is a gift from the Lubavitcher Rebbe, from a sicha 66 years ago that inspired Jews today.”

One particular yid asked whom he could sponsor. My wife whispered to me: “Tell him about the kid who needs $24,000 to have a chance at life.” I thought that was astronomical. But she insisted I try.

Next thing I knew he and his sister were working tirelessly to raise those funds.

As she walked in grateful, I saw the majesty of the Jewish soul. It is NOT normal. It thrives on Tsedaka, on G-dly acts. Only that gives her TRUE satisfaction

Permanent concrete homes will not give a Jew satisfaction. Tsedaka is to let go and let G-d in, to step out into G-d’s space, the glory of your neshama.

Yidden, you are meshuga but you are special. I stand proud!