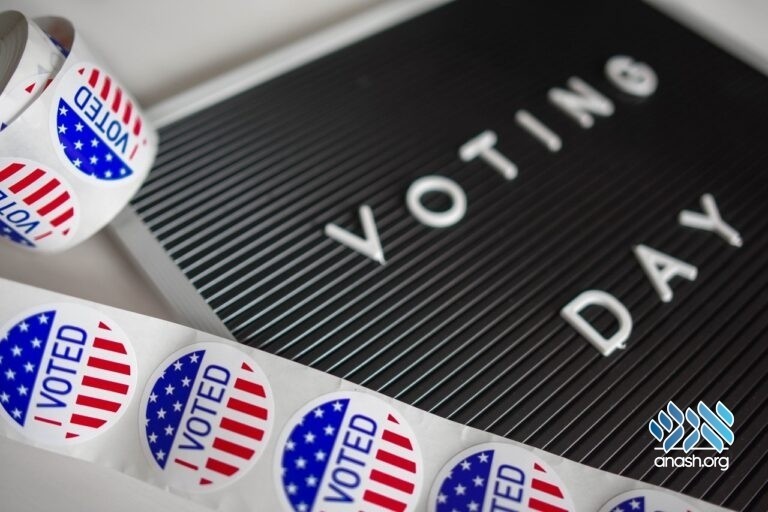 Right now, all over the world, there’s a frenzy over the political elections. “Where will these elections lead us?” people wonder and worry.

Rabbi Shimshon Wertheimer was a great talmid chacham, a wealthy man and a trusted advisor to Austrian Emperor Leopold I. He once crossed paths with a royal minister who asked him where he was headed. “I don’t know,” Rabbi Wertheimer answered. Furious, the minister ordered the Rabbi to be thrown into prison. A short while later he summoned the Rabbi and asked him to explain why he hadn’t answered respectfully.

“With all due respect,” R’ Wertheimer explained, “I answered you as best I could. Had you asked me where I wanted to go, I would have said to my office. But you asked me where I am going, and a person can never be sure where they are headed. Case in point—I certainly didn’t think I’d be going to prison today!”

In this week’s sedra, Hashem tells Avraham Avinu “Go forth from your land…to the land that I will show you.” Avraham had no idea what his destination was, but that wasn’t important to him. The main thing was that by traveling he’d be fulfilling the will of Hashem.

Right now, all over the world, there’s a frenzy over the political elections. “Where will these elections lead us?” people wonder and worry. As Yidden, we follow daas Torah which says that we have an obligation to vote for whichever candidates and parties are best for Torah and its values. But that’s where our involvement should end, (with the exception of our dedicated askanim!)

Hashem wants us to do our part in choosing the right path, but only Hashem controls whether or not this becomes our final destination. “Lech l’cha” go vote! Hashem says. But remember that it’s all “ha’aretz asher ar’eko” the land that I will show you.

When the Frierdiker Rebbe was ten years old he walked into his father’s study on the morning of Shabbos parshas Lech L’cha and found his father in high spirits but visibly emotional, with tears flowing down his holy cheeks as he reviewed the weekly sedra. Out of his respect for his father, he didn’t ask for an explanation, but his father later offered it. “The Alter Rebbe teaches that we must ‘live with the times,’ which means to live with the weekly Torah portion. The week of Lech L’cha is a truly joyous one. For an entire week we live with Avraham Avinu, the first person to sacrifice himself for Hashem. The tears you saw were tears of joy.”

Recently, many of us have begun living with the times in a more literal sense; living with the current politics. Even young children and teenagers have become interested in politics, many spending their free time listening to political talk shows and podcasts.

Politics as a pastime or an outlet is one thing, but when it becomes a passion then we know it’s gone too far. As my father a”h used to say when someone brought up politicians at our Shabbos table, “Who invited him to the Shabbos meal?!”

Conversely, imagine how effective it is when our children see us become passionate or even emotional about something in Torah!

How can we get there?

Like any obsession, it doesn’t happen overnight. Small but constant exposure will ultimately make a difference. Studying Torah for a few more minutes, reading chassidishe stories, or absorbing just one more shiur or video of the Rebbe. And as with all obsessions, we gain a lot by spending time with people who are positively obsessed with Yiddishkeit.

These small absorptions help us develop our innate interest in living with the real times, the Torah’s times. And with Hashem’s help, may our passion carry over to our children.

May we all merit to see revealed good during these uncertain times, and may our efforts usher in the time of Moshiach, when G-dliness will be the passion of the entire world.