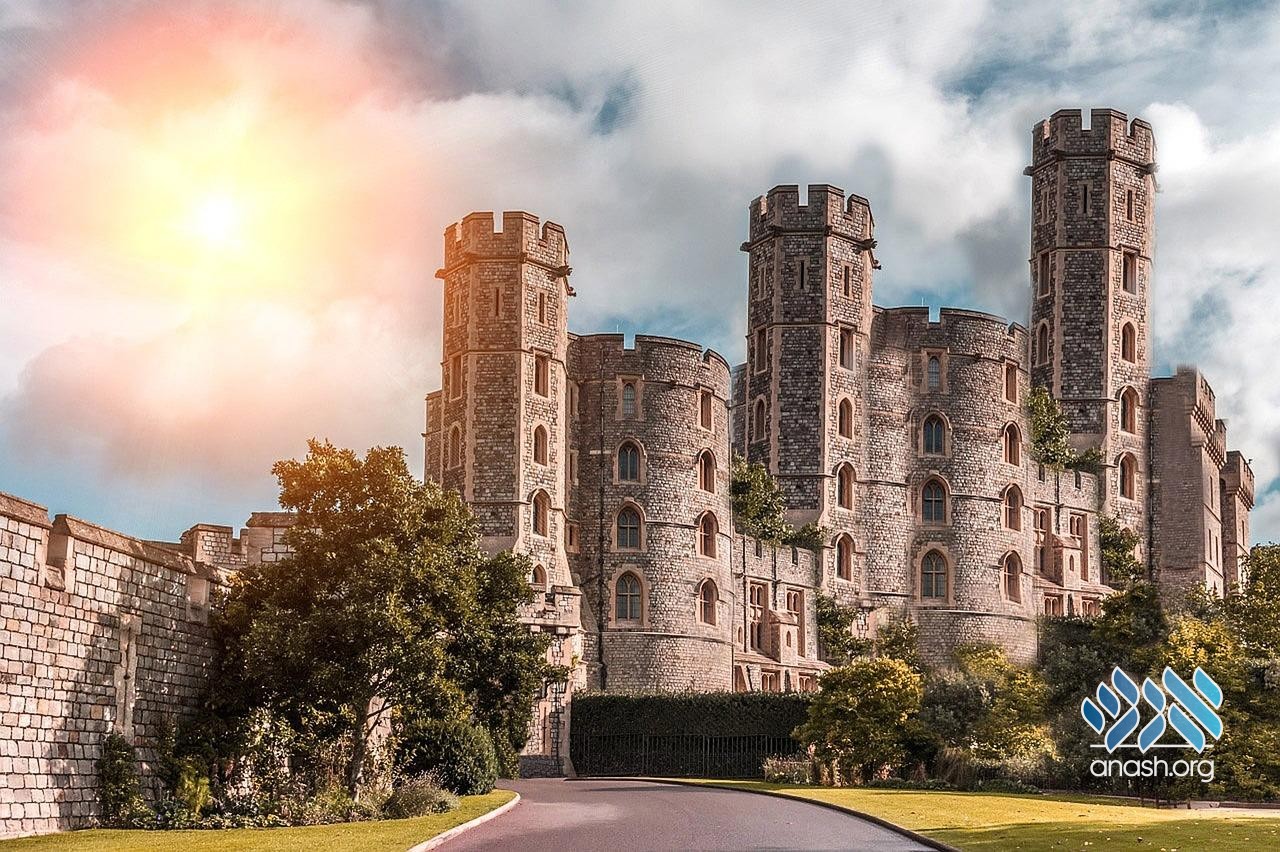 Motzei Shabbos Story: The remarkable story of Gittel, daughter of Rabbi Meshulam Feivish of Kremnitz and wife of Rabbi Avraham Hamalach is mostly unknown, but is a fascinating part of Chassidic history.

The constellation of Chassidic heroes is crowded with great men, each of whom contributed much to the social and spiritual wellbeing of our people. Less well known are the great women whose influence on the movement has rarely been documented and is much harder to piece together.

Notable exceptions include Odel, daughter of the Baal Shem Tov; Temerel, the magnate who used her wealth and influence to spread Chassidism deep into Poland; Devorah Leah, daughter, sister, and mother of the first three Rebbes of Chabad; and Malka, the revered first Rebbetzin of Belz.

Yet history has largely overlooked the remarkable story of Gittel, daughter of Rabbi Meshulam Feivish of Kremnitz and wife of Rabbi Avraham the Angel (named for his angelic behavior). In fact, the majority of the information we have about her comes from the book Shivchei Habesht, which records many fascinating details of her life, but omits her name.

Gittel was probably born around 1753 in Kremnitz, where her father, a scion of the prestigious Horowitz family, devoted his nights and days to Torah study, while her mother took responsibility for the family’s financial wellbeing.

When she was 12 years old, two venerable sages, Rabbi Zushe of Anipoli and Rabbi Yehuda Leib Hakohen, arrived at their door.

They told the woman of the house that they had been sent by the great Chassidic master, Rabbi Dovber of Mezrich, whose son, Rabbi Abraham, aged 25, was ready to marry (he had been widowed from his wife of 10 years, whom he had married at the age of 15).

An ascetic who preferred to live a spiritual life, Rabbi Abraham had not been inclined to remarry, but his father and others impressed upon him that the Chassidic ideal is to live with two feet on the ground and to raise a family. As soon as the young man agreed to marry, Rabbi Dovber had sent the two men, among his most prestigious students, to Kremnitz to arrange the shidduch (match). He told them to agree to any conditions the prospective in-laws may have. The only thing they needed to insist upon was that the nuptials be carried out without delay.

Gittel’s mother was initially skeptical about the match. Her daughter was still young, and they had not even considered marriage for her. Besides, why should she marry a man more than double her age, the son of a rabbi she hadn’t heard of?

But before dismissing them outright, she suggested that they state their case before her husband, who was at the synagogue studying Torah. Aware of the Maggid, and confident that his son must be an outstanding scholar and holy man, he gave his blessing to the match.

And so the scribe was called, and the tenaim (contract outlining the wedding plans) were written up. As they had been instructed, the visiting rabbis told the family that they could decide to draw up the plan as they saw fit. The only stipulation they insisted upon was that the wedding take place post haste.

After some back and forth, that too was agreed to, and mother and daughter soon found themselves on a carriage, heading northeast to Mezeritch (Rabbi Horowitz chose to remain home, rather than lose several days or even weeks of precious Torah study).

As they traveled, Gittel’s mother wondered at the strange turn of events. Had they made the right decision? Who were these people to whom her daughter would soon be joined?

As they passed the town of Rivne, she was pleasantly surprised by the large crowd that turned out to greet her and her daughter, the soon-to-be wife of Rabbi Abraham the Angel.

The scene repeated itself once again when they came to Mezeritch, where the entire town came to escort them into the city in royal fashion. The wedding itself was carried out in great joy, and wine and Torah thoughts flowed freely for the 7 days of celebration.

Gittel’s mother left shortly after the festivities had ended, satisfied that her daughter was in a good place.

As for Gittel, she found herself living as her mother before her. She worked hard running a store, while her husband spent his nights and days in seclusion, learning and praying.

She soon found an admirer and mentor in her father-in-law, the one who had selected her in the first place.

She and her husband were blessed with children. Yisrael Chaim, Shalom Shachna, and possibly others.

One night she had a terrifying dream. She saw herself entering a glittering palace, inside of which she saw a panel of venerable sages, sitting in council.

As she approached, she heard them calling for her husband to join them, apparently meaning that his time on earth was coming to an end and that he was being summoned to join the heavenly yeshiva.

“No, you cannot take him!” she shouted at them, enumerating several reasons he still needed to live.

And with that, the dream ended.

Gittel woke in a fright but chose to tell no one about her dream, and dismissed it as meaningless. But then the same scene repeated itself, again and again. On the third night, after she laid out her best argument for her husband to remain among the living, the sages replied: “See you have argued well, and we will now grant you 12 years as a gift.”

The following morning, her father-in-law greeted her warmly and blessed her for her efforts, telling her that her husband would indeed live for 12 more years.

Even after her father-in-law, the Maggid, passed away in 1772, she maintained her spiritual connection to him, and was known to receive nocturnal guidance from him.

One Thursday night, her father-in-law appeared to her in a dream and told her to change her sleeping quarters with those of her husband. The following morning, she shared the dream with her husband, who dismissed it as meaningless. After all, he reasoned, if his father truly wished to communicate that, why didn’t he come to him, the son?

Tragically, a fire soon broke out in Rabbi Abraham’s sleeping area, and the many sacred books he stored there were lost in the blaze.

Shortly thereafter, Rabbi Abraham traveled to the city of Chvastov (Fastov), where he was appointed maggid—spiritual guide and preacher. He sent word to his wife to join him.

Once again, her father-in-law came to her in a dream, cautioning her not to travel to Chvastov. Her refusal caused quite a stir, and many of the leading Chassidic sages (including Rabbi Zusha and Rabbi Yehuda Leib) tried to persuade her to make her way to where her husband was surely waiting for her.

It did not take long for word to arrive from Chvastov: Rabbi Avraham had passed away. The 12 years were up.

After sitting shiva for her husband, Gittel herself traveled east to Chvastov to collect her husband’s belongings and to settle his affairs.

When she arrived, the townspeople greeted her warmly and arranged a reception for her on Shabbat. During the course of the event, they tried to comfort her on her loss, but to no avail.

During the third meal—a mystical time, when haunting melodies are sung and the deepest Torah secrets are shared—nearly the entire Jewish population of Chvastov attended.

As the people sang, she sat quietly on the couch, unmoving, next to the mistress of the house. As the singing continued into the night, she fell asleep.

Once again she found herself outside a sparkling palace. This time, she opened the door and was greeted by her husband, whose face was as radiant as the sun. They were joined by several venerable-looking men.

Rabbi Avraham bade the men to sit down and addressed them:

“Gentlemen of the court,” he began. “My dear wife has reason to claim against me—and she is right. For years, I lived a spiritual life, and she was deprived of a fully-present husband. I now beg her to forgive me.”

“I gladly forgive you with a full heart,” replied Gittel.

“She surely has the right to marry once again, especially since she is only 24 years old, and I cannot hold her back from doing so. If, however, she chooses not to marry, I guarantee that she will lack nothing, neither she nor our two sons. In fact, before she comes home, she will see how well they are both faring.”

And she awoke, filled with joy and comfort.

Years passed, and Rabbi Menachem Nachum’s wife passed away. Thinking that Gittel may perhaps make a good wife, he asked his grandson through marriage to broach the matter with his mother.

On the way to visit his mother, the young man dreamed that he stood outside of a sparkling palace, and that his father, who had passed away when he was a small boy, stood at the doorway with his arms leaning on the roof of the edifice, crying, “Who dares enter my palace?”

He realized that his mother was not meant to remarry.

In time, she fulfilled a lifelong dream and traveled to the Holy Land, where she lived the rest of her days.