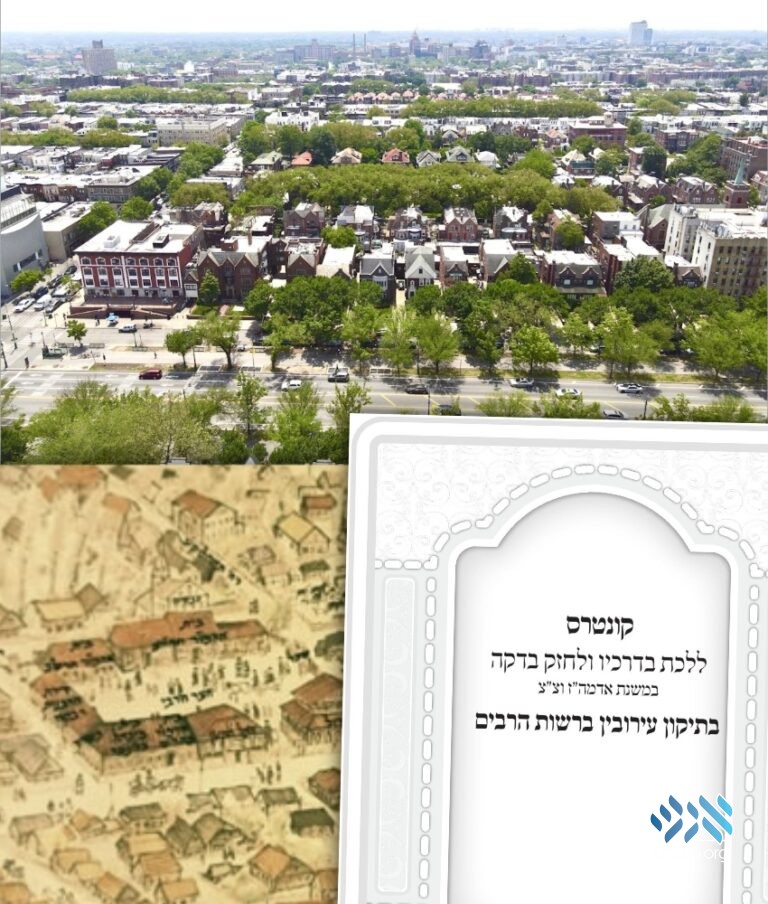 A new Kuntres by Rabbi Shmuel Zajac, brings clarity to the complex Halachic topic of eruvin, focusing on the opinion of the Tzemach Tzedek on the feasibility of city eruvin.

A new Kuntres, titled Laleches Bidrachav Betikun Eiruvin published by Rabbi Shmuel Zajac, a well-known Maggid Shiur at Yeshivas Tomchei Temimim of Morristown, NJ, explains the complex topic of eruvin according to the opinion of the Tzemach Tzedek.

In addition to his role as a Maggid Shiur, Rabbi Zajac is also a prolific writer. He has authored two authoritative seforim on the Halachic opinions of the Alter Rebbe, and has published many Torah articles in various venues.

The Kuntres impresses on the reader that the Tzemach Tzedek’s position on the issue is based on that of his grandfather, the Alter Rebbe’s, as expressed in his Shulchan Aruch.

The purpose of this Kuntres is not to cast aspersions on other frum communities, who follow the directive of their own expert poskim on this subject. Rather, the Kuntres aims to clarify the view of the Tzemach Tzedek, so that Chabad Chassidim who follow his rulings halacha lemaaseh, and others who cherish his works, will be able to better understand his rulings on this complex matter.