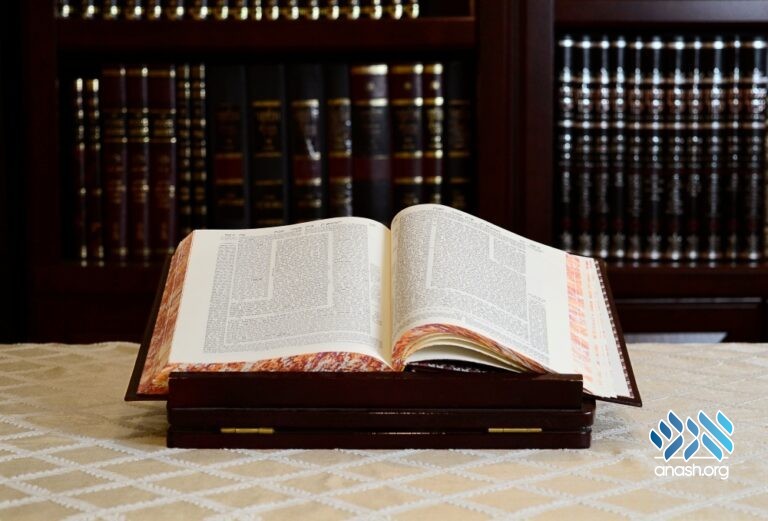 Motzei Shabbos Story: At first, Reb Yosef of Nikopol tried to combine his Torah study with business. But when he began dedicating more and more time to Torah, his partner issued an ultimatum.

In the city of Nikopol in Northern Bulgaria lived a great Torah scholar named Rabbi Yosef. He loved to learn, but he did not want to rely on public funds for his livelihood. And so, he partnered with an acquaintance, and they set up a business together.

Rabbi Yosef’s daily schedule was full. He’d learn Torah until late at night, wake up early to pray and then go to the study hall. Only in the afternoon did he begin thinking about his business and go to the shop.

The partner, who manned the shop from the early morning, would criticize Rabbi Yosef for coming into the shop in the afternoon. Rabbi Yosef always remained silent and thought to himself, “What should I do that my love for Torah is so strong?”

One day in the study hall, a complicated question arose, and a deep discussion ensued. Time passed quickly, and Rabbi Yosef came to the shop in the very late afternoon. He was met by a furious partner who shouted, “That’s it! I have no choice but to dissolve our partnership. It is not right that I carry most of the burden and we split the revenue equally! Either you start carrying your fair share, or we go our separate ways.”

Rabbi Yosef asked his partner for a day to discuss the matter with his wife.

At home, Rabbi Yosef told his wife what had happened and asked for her input. “Do not diminish your Torah study one iota. If your partner wishes to close one door on you, I am confident that G‑d will open the gates of deliverance and new opportunities will come our way.”

Buoyed by his wife’s words, Rabbi Yosef returned to the shop the next day and told his partner that he agreed to part ways. They calculated the value of the merchandise, and upon receiving their shares, the two parted amicably.

“It is not wise to leave the money sitting in the house, not generating any income,” Rabbi Yosef’s wife said. “Go out to the market and trade a bit, and maybe you will find a way for us to support ourselves.”

Rabbi Yosef did as his wife suggested and left the house. On the way to the market, his mind wandered to a Torah thought, and he ended up in the study hall where he remained until evening.

Upon returning home, he felt awkward under the inquiring gaze of his wife. “I have not yet found something.” In a calming tone he continued, “Tomorrow I will go to the market and trade, and G‑d will provide.”

The next day Rabbi Yosef set out to the market looking for some merchandise to resell. A tall man approached Rabbi Yosef and offered to sell him a large vessel for mixing wine. Rabbi Yosef took out the money he had and bought the vessel without asking too many questions or having a business plan.

When Rabbi Yosef brought home his “bargain,” his wife asked, “What in the world are we going to do with this vessel?”

Rabbi Yosef was not worried. He was confident that since he went to the market and did his part to bring some livelihood, G‑d would surely do the rest. With that thought, he rushed off to the study hall.

That night Rabbi Yosef had a dream. He saw the tall man he met in the market who explained: “Your good fortune has been waiting for a long time. Since it is meant only for you, it was not to be shared with a partner. As such, now that your partnership has dissolved, you can receive the great bounty that has come to you. The vessel that you bought is pure gold. You should know its real value so that you can sell it at the right price. Once you sell it, travel to the Holy Land and settle in the city of Safed.”

When Rabbi Yosef awoke, he told his wife the dream. That morning, while he was at the synagogue praying and studying, his wife summoned a trustworthy goldsmith to assess the vessel. After dusting it off and examining it, the smith concluded that it was indeed pure gold.

Rabbi Yosef soon sold the vessel, and he and his wife made their way to Israel. True to the dream, they settled in the holy city of Safed. The money they had was enough to support them for many happy years together.

However, Rabbi Yosef’s chief joy was that this fortune enabled him to print his two great works which later became known as the Beit Yosef and the Shulchan Aruch. Rabbi Yosef of our story is the great Rabbi Yosef Caro.

Translated and adapted from Sichat Hashavuah 606.
Reprinted with permission from Chabad.org