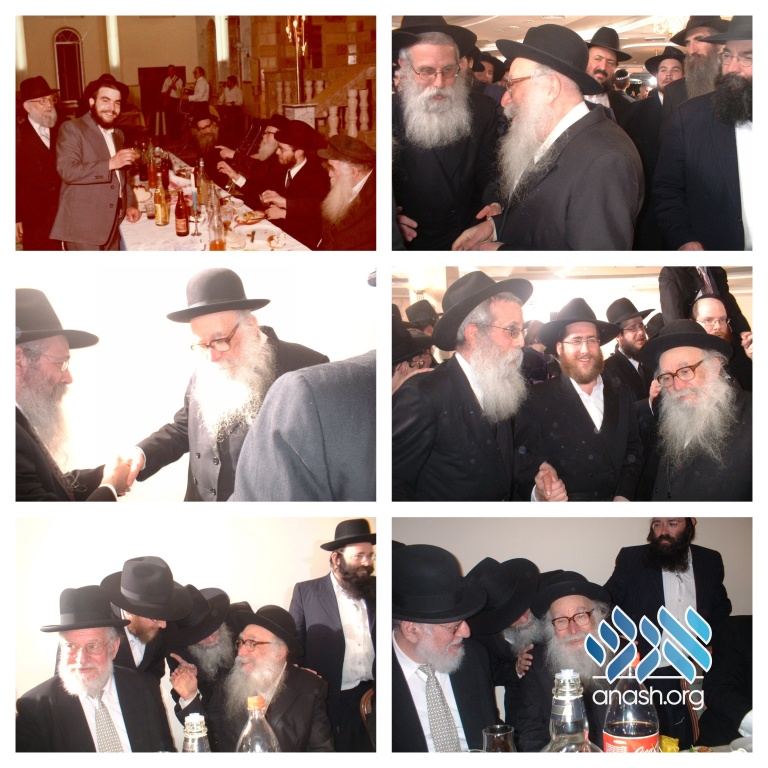 An unknown fact about the late Rav Nissim Karelitz is the fact that he was closely related to the Lubavitcher Kastel family.

Rav Yosef Dov Kastel, a talmid of the Lithuanian yeshivos and a Slonimer and Lubavitcher chossid, who lived in the United States for thirty years, and was the zeide of the Kastel family in Lubavitch, was the uncle of Rav Nissim. The latter’s father was Rav Kastel’s wife’s brother.

He arrived in the United States in 5690/1929. He had first come into contact with Lubavitch while fleeing conscription to the army. He arrived in Rostov and had yechidus with the Rebbe Rashab. In this country, Rav Kastel was heavily involved in the work of Lubavitch, both under the Frierdiker Rebbe and the Rebbe. His children and grandchildren were educated in Lubavitch.

In America he taught in Tomchei Tmimim and gave semicha to 770 bochurim. In later years he moved to Eretz Yisroel. He passed away in 5742/1981 in his 90s.

In 5738/1978 his grandson, the shliach Reb Avrohom Mordechai Kastel of Rechovot, got married at the Beis Menachem shul in Kfar Chabad and Rav Nissim came to take part in the chasunah.

25 years later, in 5763/2003, Rav Nissim again joined the Kastel family at the wedding of the daughter of Reb Avrohom Mordechai to Yosef Bistritzky. Today the couple are shluchim in Lahavim, Eretz Yisroel.

It is also important to note that Rav Karelitz, despite “officially” being part of Degel HaTorah, was in close contact with the late rov of Bnei Brak, Rav Moshe Landa, as well as was on his Va’ad Ha’shmittah. He also would not take a case that was brought before Rav Landa’s beis din but would insist that the two sides carry out the psak of Rav Landa. Sources close to Rav Karelitz also said that many shluchim were directly helped by Rav Karelitz.