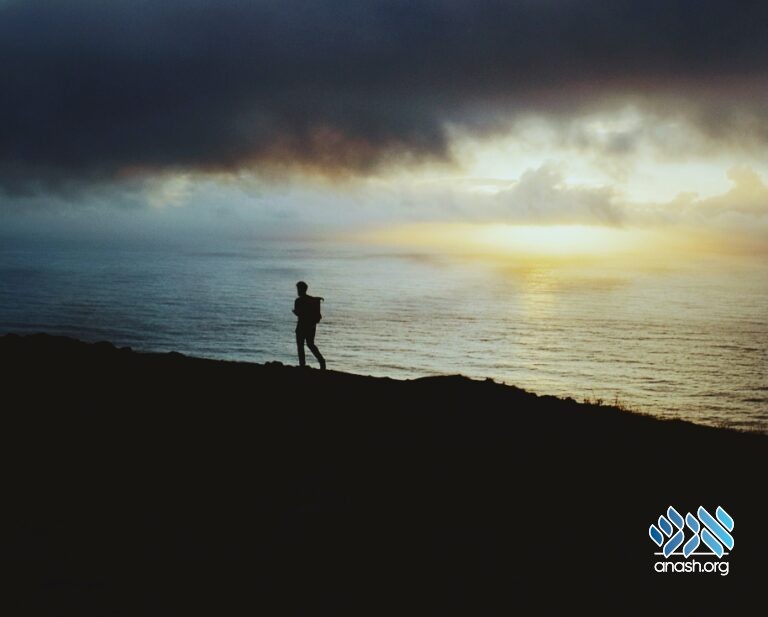 Motzei Shabbos Story: When two students of Rav Saadiah Gaon see their beloved teacher sitting and weeping, they wondered what failings he had that required repentance. In response, he told them a story.

More than 1000 years ago, there lived a great and holy leader and teacher called Rabbi Saadiah Gaon (882–942). The Gaon (as the leading sages of Babylonian Jewry were titled at the time) had many hundreds of pupils, and all of them had a great thirst to learn. Even a casual movement or word from their revered teacher provided them a lesson for life.

One winter morning, two of his pupils happened to be walking in the mountains when they heard a strange sound on the other side of a hill. When they approached the summit they saw, to their great surprise, their master sitting on the snow-covered ground, weeping, praying and engaging in other acts of penitence. What could a tzaddik (perfectly righteous person) such as their teacher possibly need to repent for? Could he have committed some sin, G‑d forbid? They hurriedly departed from that place. But later that day, they could no longer restrain themselves and asked their teacher what the scene they had witnessed had been about.

“I do that every day,” he said to them. “Every day I repent and plead with G‑d to forgive my shortcomings and failings in my service of Him.”

“Your failings?” they asked. “Of what failings does the Gaon speak?”

“Let me tell you a story,” said Rabbi Saadiah. “Something that happened to me a while ago.”

“At one point in my life, I decided that all the honor and attention I was receiving from everyone around me was interfering with my service of the Creator. G‑d must be served with joy, and without complete humility, joy is impossible. So I decided that I would spend several months in a place where no one recognized me.

“I dressed in simple garments and began my self-imposed exile, wandering from town to town. One night I was in a small inn run by an old Jew. He was a very kind and simple man, and we spoke for a while before I went to sleep. Early the next morning, after I had prayed shacharit (the morning prayer), I bade him farewell and was again on my way.

“What I didn’t know was that several of my pupils had been searching for me, and several hours after I left the inn they appeared, hot on my trail. ‘Did you see Rabbi Saadiah Gaon?’ they asked him. ‘We have reason to believe that he was here.’

“But when the young men described me to him and explained about my exile and ‘disguise,’ the old Jew grabbed his head and cried: ‘Oy! Rav Saadiah! Rav Saadiah was here! You are right! Oy, Oy!’ and he ran outside, jumped into his wagon and began urging his horse to go as fast as possible in the direction I had taken.

“After a short time he caught up to me, jumped from his carriage and fell at my feet, weeping: ‘Please forgive me, Rav Saadiah. Please forgive me. I didn’t know that it was you!’

“I made him stand up and brush himself off, and then said to him: ‘But my dear friend, you treated me very well, you were very kind and hospitable. Why are you so sorry? You have nothing to apologize for.’

“‘No, no, Rabbi,’ he replied. ‘If I would have known who you are, I would have served you completely differently!’

“Suddenly I realized that this man was teaching me a very important lesson in the service of G‑d, and that the purpose of my exile had been fulfilled. I thanked and blessed him, and returned home.

“Since then, every evening when I say the prayer before sleeping, I go over in my mind how I served G‑d that day. Then I think of that old innkeeper, and say to myself: ‘Oy! If I had known about G‑d in the beginning of the day what I know now, I would have served Him completely differently!’

“And that is what I was repenting for this morning.”