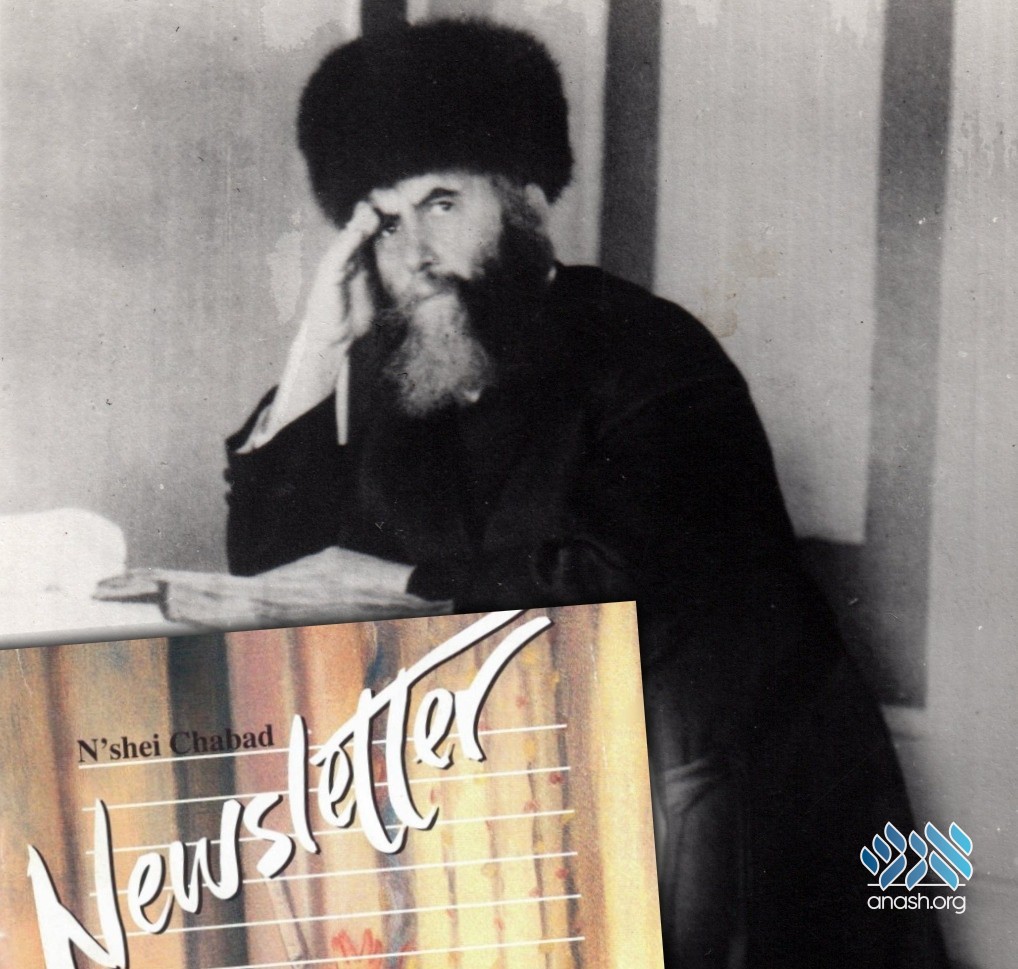 It was Rosh Hashanah night, 5701 (1940). Europe was aflame. In New York, the Rosh Hashanah services of the Frierdiker Rebbe were being held in the new Lubavitch Headquarters at 770 Eastern Parkway.

The Rebbe entered supported by two assistants. The imiprisonments and beatings he had suffered in Soviet Russia, as well as the suffering of his brethren, had taken their toll on his body. He could barely walk.

But it was Rosh Hashanah. Instead of down, he leaned forward on the lectern which was covered with a white tablecloth. The services began. The awesomeness of the day, the Rosh Hashanah melodies, the sight of a Jew in prayer, broken in body albeit not in spirit, as well as the great concern for European Jewry, caused the crowd to tremble.

Everyone prayed with an added level of concentration. “Shema Yisroel… Our King, who delivers us from the hands of tyrants… Who is like You… Help us speedily… Reign over the entire world in Your glory…”

Everyone knew there was so much to ask for, so much for which to beseech Hashem. “Look with favor… on Your people…. Bestow peace, goodness and blessing…. May we and all of Your people be remembered and inscribed before You for a happy life and peace…”

The prayers concluded. The Rebbe stood at his place. After the sounds congregation’s prayer melted away, the room became quiet. The Rebbe’s voice was heard in a barely audible tone. “Blessed are You, Lord our G-d… Who by Hs word causes the evenings to darken…”

He was still at the beginning of the service. He stood and cried and prayed for hours. So many tears. Such heartfelt entreaties. Shaken by the sight, the assembled crowd began to earnestly recite Tehillim, prayers known to wield great influence in Heaven.

The Rebbe cried and prayed some more, all the while half-standing as he leaned his broken frame on the lectern.

Finally, he concluded. Turning around to face the congregation and wish them a good year, his face was deep red from crying and the white tablecloth was soaked with tears. The Rebbe left the room, again with the help of two assistants.

A young man came over to the Rebbe’s lectern, picked up the soaking wet tablecloth and began to wipe his face. “What are you doing?” asked the gabbai sternly.

“It is written in Zohar that d’maos mechabsos‘ – tears cleanse. As tonight is Rosh Hashanah, I want the Rebbe’s tears to cleanse me of my sins,” responded the young man.

“What!?” cried the gabbai. “The Rebbe cries his heart out and you would cleanse yourself with his tears! Cry your own tears and use them to cleanse yourself from your sins.” The young man understood.

Rosh Hashanah arrives this year on Friday night, September 18. It will be 5770 years since Creation. Jews the world over will assemble in their synagogues to ask G-d to inscribe and seal them in the book of life, for success, joy and happiness, amongst other blessings. We must approach the service of Rosh Hashanah with confidence that, indeed, all will be well, and that a good year is on its way.

At the same time, we must remember that there are no shortcuts. We must make our own effort to improve; we must show more love and concern for our fellow Jew; more Torah study, better concentration at prayer. It is all up to us.

It is customary to bless one another with a shanah tovah umesukah, a good and sweet year. What is the difference between “good” and “sweet” ? G-d certainly has the resources to give us all that we want.

Nevertheless, we know that everything He does is good, as in, “for the best.” So we bless one another with a sweet year, thereby asking G-d to make the year not only good but sweet; that the good He gives us should be in a form that we can sense as sweet.

As much as we are different in numerous ways, there are many desires that we have in common. We all want happy and healthy families, a decent place to live and ample livelihood.

We want to see our children grow up happy and healthy and we want to be proud of them. We want to make a difference in this world, and we can. May G-d bless you and yours amongst all of Klal Yisroel with a happy, healthy, and successful sweet New Year, a genuine shanah tovah umesukah.

May Hashem protect our brethren in Israel and the world over from harm. May He protect the armed forces of the United States wherever they may be. May Hashem send us Moshiach speedily.

To subcribe to the N’shei Chabad Newsletter click here.