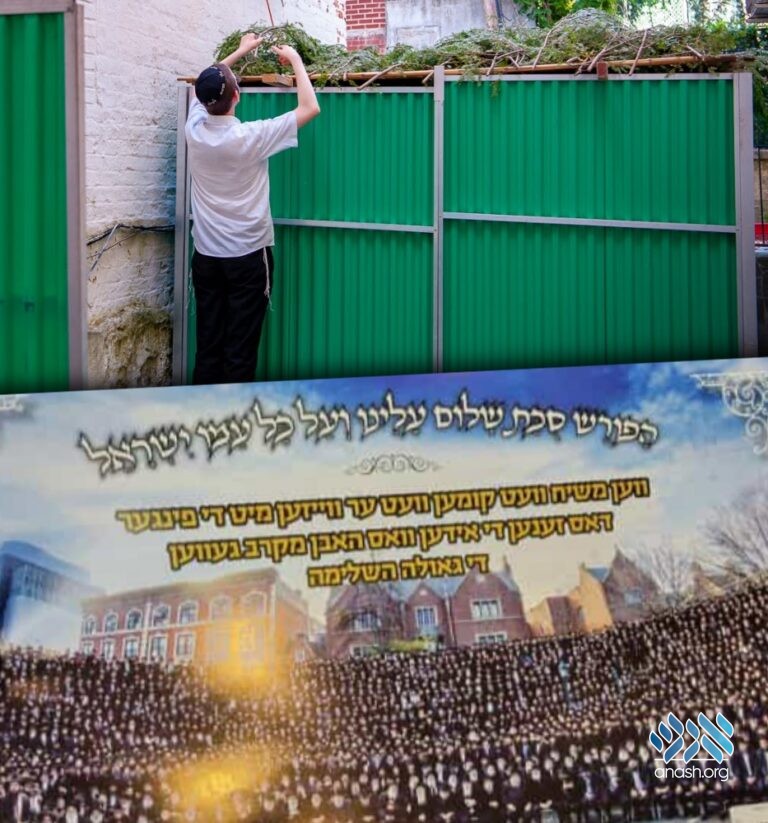 Although Chabad custom is not to hang decorations in the sukkah, one poster being sold ahead of Sukkos caught the attention of Lubavitchers worldwide. A Satmar connection only added to the allure.

Although Chabad custom is not to hang decorations in the sukkah, one poster being sold ahead of Sukkos caught the attention of Lubavitchers worldwide.

Sefer Haminhagim Chabad, the authoritative collection of Chabad customs, states that “It is not our custom to decorate the sukkah”, quoting from a sicha of the Frierdiker Rebbe on Sukkos 5704. In a letter dated the 7th of Cheshvan 5715, the Rebbe explained that “it is expected of Chabad Chassidim…that the frail covering of the Succah and its bare walls, not adorned by external ornaments, rugs or hangings, should more forcibly and directly impress upon the Jews the lessons it is meant to convey.”

For the vast majority of Yidden, however, decorating the sukkah is an integral and exciting part of Sukkos. Every year, as the Yom Tov approaches, children create their own decorations, and stores begin selling posters, artwork, and adornments for customers to hang in their sukkahs.

This year, a number of days before Sukkos, one particular poster caught the attention of many Lubavitchers. A picture of the poster circulated social media, with the accompanying message saying that it was being sold at Eichlers. “We have some unique exclusives,” the owners wrote.

The reason it went viral? The poster showed the annual Kinus Hashluchim group photo, displaying thousands of Chabad shluchim across the globe. Above the photo are the words “haporeis sukkas shalom…” from ma’ariv, and beneath that a slogan in Yiddish reading “When moshiach will come, he will show with his finger: These are the Yidden who brought the geulah closer.”

For those who recognized the slogan, it only added to the allure of the sight. Originally said by Harav Yoel of Satmar, regarding those who refused to take money from the Israeli government, the slogan gained prominence across the Jewish world when it was made into a popular song. The song, like the original statement, honored the chadorim and yeshivos which did not take any funding from Israel, and was composed in honor of a trip of the current Satmar Rebbe Harav Zalman Leib Teitelbaum to Eretz Yisroel to distribute funds to such mosdos. Since then, the slogan has been adapted in countless contexts, in this case for the shluchim.

So if you would have walked into the sukka of a Yid from Boro Park this past Sukkos, you might have seen a poster of various rebbes and tzadikim, and alongside them, a poster of the Kinus Hashluchim, adapting a Satmar adage to praise the shluchim…

And with none of the shluchim purchasing the poster for their own sukkahs, the decoration was obviously geared for those who might not call themselves Chabad chassidim, but whose hearts burst with pride at the site of the Rebbe’s army of shluchim.