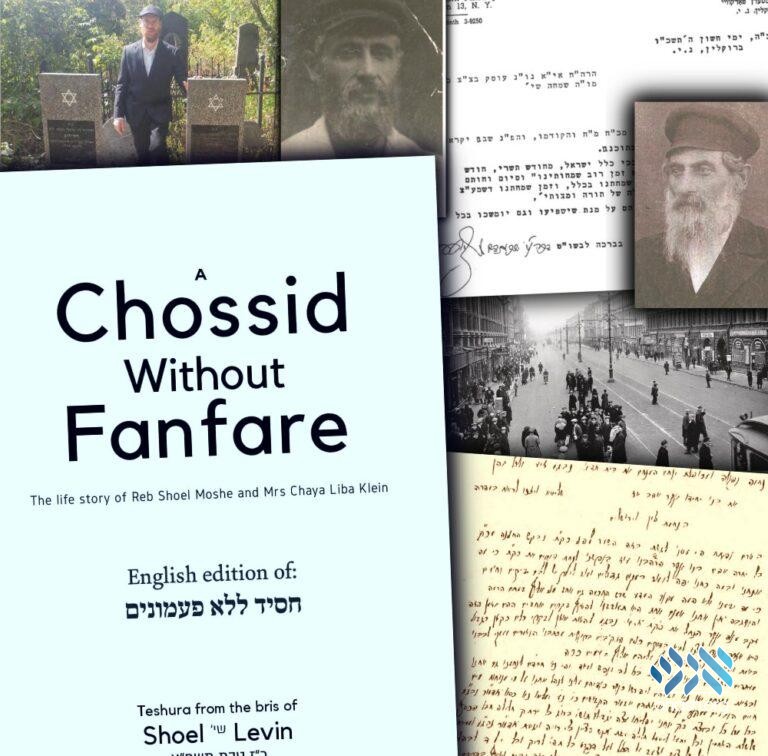 A recent publication distributed by the bris of Shoel Levin, traced the history of the Klein, Chusidov and Massin families. Read it here on Anash.org.

This history of the Klein, Chusidov and Massin families, and the life story of Reb Shoel Moshe and Mrs. Chaya Liba Klein was originally compiled in honor of the wedding of Harav Shmuel Gurary to Mrs. Chaya Liba (Levin,) on Chof Zayin Adar Sheini 5768 — 2008.

It was compiled and written in the Hebrew language by a cousin, Rabbi Shneur Zalman Berger.

It has now been translated to English by Eliyahu Baron, and is presented to you in the pages that follow, in honor of the Bris of Shoel ‘שי Levin on Chof Zayin Teves 5781.

Reading this book, you will learn about the lives of Reb Shoel Moshe and Mrs. Chaya Liba a”h, whose home in Tashkent was one of the centers of the Chabad community in that city for many years. The secret minyan, kaparos, matza baking, and all matters of holiness were hosted in their home and yard. They continued their work once they reached Eretz Yisroel, where Reb Moshe did much for the good of the immigrants from the Soviet Union in general, and his brothers, the chassidim who lived in Nachalas Har Chabad, in particular. His wife, Mrs. Chaya Liba helped him in this, and would also host students from public schools for Shabbos and Yom Tov, as was done those years in Nachalas Har Chabad.

We trust that you will be entertained by the story of their lives, and inspired by the example they set.