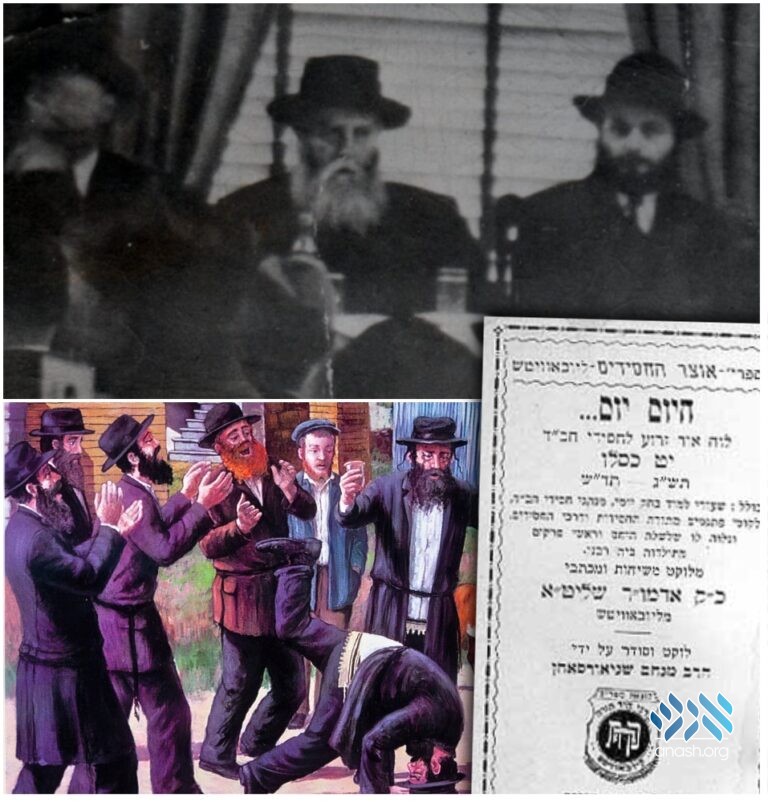 Today’s Hayom Yom, famously stating that a chossid can always be shliach, “Es geit a chossid, est a chossid, shloft a chossid,” has a fascinating backstory.

Today’s Hayom Yom, famously states that a Chossid can always be Shliach, “Es geit a chossid, est a chossid, shloft a chossid.” This vort has a fascinating backstory:

At one Pesach seudah in Poland (5698/1938), the Frierdiker Rebbe shared how one Simchas Torah in the town of Lubavitch, the dancing had been somewhat ‘over the top.’ Following Krias Torah reading on Shmini Atzeres, several Chassidim danced in a wild and unrestrained manner, and the Rebbe Rashab addressed it.

“The Alter Rebbe channeled the power of mochin, intellect, even in dancing,” the Rebbe Rashab said. “Even if your dancing is with warmth and a fiery excitement, unbridled exuberance is not desirable. The Alter Rebbe drew the light of the intellect all the way down, even into dancing…”

The Rebbe Rashab concluded with a sharp remark: “All of that is relevant only if you are an active chossid. A shliach is one with the meshaleiach, the sender… while he is actively engaged in fulfilling his mission. Chassidim are the shluchim of the Rebbe – the Alter Rebbe. When a chossid is active, he is fully connected to the Rebbe: he walks like a chossid, he eats like a chossid, and sleeps like a chossid.”

The Frierdiker Rebbe finished his account by pointing out that there was an important requirement to qualify as such a chossid (reminiscent of the Rebbe’s campaign of Asei Lecha Rav):

“All of the above is true regarding chassidim of earlier days, who had mashpi’im, but it does not apply to self-directed, autonomous Chassidim. Rashbatz called such a chossid ‘Sam saposhnik!’ using the following parable:

“A Russian peasant once found Tefillin and decided to sell them. He dragged them by their straps, and the first Jew he met was horrified: ‘Where did you get those?’

“The peasant, eager to give the impression that he himself is a master craftsman, declared: ’Ya sam sapozhnik! – I’m a shoemaker myself!’