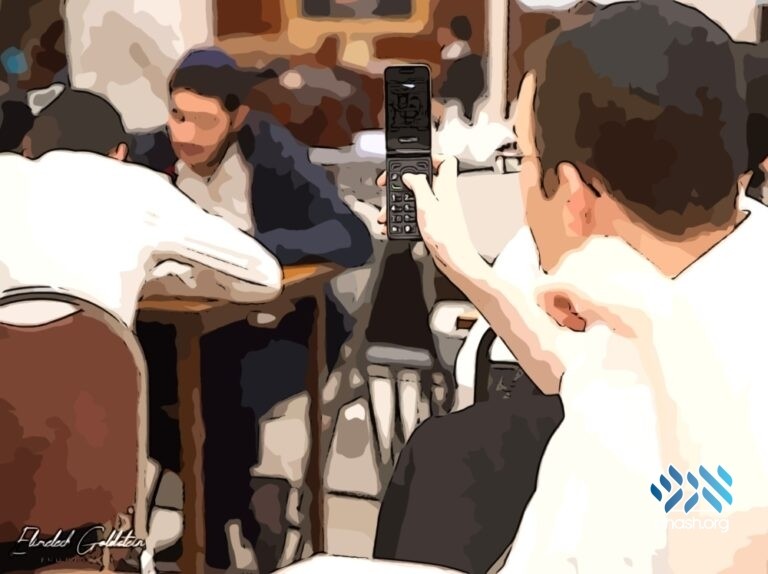 Oped by Rosh Yeshiva Rabbi Gershon Avtzon: As many are signing up our children into various Batei Midrash (“Zal”), it is an appropriate time to discuss openly – and have a “reality check” – about this particular age-group and the challenges that they are facing.

As we prepare for Yud Shevat, and many of us are signing up our children into various Batei Midrash (“Zal”), it is an appropriate time to discuss openly – and have a “reality check” – about this particular age-group and the challenges that they are facing. As someone that has been involved for close to 20 years with Talmidim going from Mesivta to Beis Midrash, and now going through the process with my own son BH, I would like to share my experience and perspective on this particular issue.

The goal of this article is to bring awareness to the parents and Mechanchim, so that the issue can be dealt with in a proactive way. I hope it will be a wake-up call for all those that can have an impact on Bochurim.

I would like to preface by acknowledging that much of our world-view, and expectations, come from our own life-experience. In my personal life, the two most life-changing Chinuch years were the two first years of Beis Midrash. I had attended ULY on Ocean Parkway for my elementary years. I was blessed with a wonderful class, with many that I am very close with today, and then continued for Mesivta in Chovivei Torah.

My years in Mesivta were nice, but not very inspiring. Consider a few of the circumstances that we went through: Our class started Mesivta, two months after Gimmel Tammuz 5754 with a new – and very nice – Menahel trying to establish structure and a system. In addition; Those were the years the teacher strikes were common in the ULY system.

When I entered Beis Midrash – in Yeshivas Lubavitch Toronto – a new world opened up to me: Rabbi (Michoel) Akiva (Gershon) Wagner shlita  – Hashem should send him a refuah shleima! – invested his Neshma into our Chinuch and our entire class was permeated with his fire and passion. He was like the dedicated campus shliach with his college students in Chabad House. He realized that the mind is ready to develop and function properly after the age of 16 – as it is brought down in Hilchos Talmud Torah –  and gave us his entire essence. I personally try to give my talmidim a taste of what I experienced.

With the positive experience that I had, I thought that as the Mesivta system – (as a whole) –  has improved tremendously over the last two decades (with many more Yeshivos b”h,  a much more involved and aware hanhala and strong investment in curriculum and tools for learning), the natural result would be that  bochurim would really be excelling and growing in Beis Midrash.

Alas, in many cases, this is not the reality. So many of our bochurim go to Beis Midrash and become less inspired and less productive. The same bochurim that were finalists in the “Mivtza Torah” in Mesivta and just barely learning in Beis Midrash. Where did their enthusiasm and idealism go?

I have asked many bochurim to explain to me why this is happening – or happened – to them. I have (generally) received one of the following three responses:

The difference in attitude and mentality of the hanhala in Mesivta and hanhala of Beis Midrash.

While the Mesivta is much more “hands-on” – with the hanhala very involved with everything that is going on – the general attitude in Beis Midrash is more “hands-off”. If the bochur is motivated and interested, and approaches the hanhala, they will help them. If not, and the talmid is not an open troublemaker, he can just float through the system.This creates a culture shock and a vacuum for many talmidim. This is all happening when there is a deep struggle in heart of the average eighteen year old: “Is the Yiddishkeit and Chassidishkeit that I was doing passionately until now for real (was it the real “me”)  or just because of my parents or the excitement of Mesivta?”

In addition: Even if the hanhala of Beis Midrash try to be actively involved, the ratio of hanhala members per talmid, is significantly lower in Zal than Mesivta. While a standard mashpia in Mesivta will have between 18-25 talmidim per shiur, in Zal it can be up to 60 per shiur.

While most serious bochurim in Mesivta only have regular phones, if they have a phone, many bochurim in Beis Midrash (whether the hanhalla is aware or not) have their own smartphone. This causes much exposure and distraction and obviously dulls the sensitivity of growing in avodas Hashem.

It is precisely because some of the Mesivtas are run in a very strict and overbearing manner, that many talmidim burnout when they get to taste some independence and freedom.

[To be very clear: This point (that a full-pressure Mesivta experience causes burnout) does not contradict the first point (that Mesivtas are BH very involved in the growth of the talmid). The hanhala of Mesivtas need to work hard to instill in their Yeshiva a combination of structure and expectations (which produces growth) and happiness and passion (which prevents burnout).]

I would like to add a fourth point, which often does not get enough attention:

Many talmidim become waiters (or general floaters) in overnight camps with minimal responsibility or structure. Many begin negative habits there (drinking (“Bein Hashemashos”?!) and smoking) as well as excessive “screen time”.

We must always be positive and solution-centered. I am writing all this – not to bemoan the system, rather – to bring awareness to the parents and chavrei hanhala:

Parents: Don’t feel that if your son made it to “Zal”, then he is “safe” and you do not have to be as invested in his chinuch and aware of how he is doing. It is a very emotionally fragile age and you must remain attentive and aware. It is imperative that you have open communication with the hanhala, and build a connection with at least one of the talmidei hashluchim (even for a few dollars) to keep an extra eye on your son.

In addition: Have an open talk with your (young) adult son about the pitfalls of the smartphone and do all in your power to prevent him from transitioning to one (and at the very least to make sure that he has a strong filter).

Chavrei Hanhala of Mesivta (myself included):  Let’s work harder not to be the cause of the burnout that so many talmidim have spoken to me about. In addition: It is so important to speak with the Shiur Gimmel – while they are in Mesivta – about the trials that they will be facing in Zal and try to give them the right perspective and tools to deal with the new environment that they will be facing.

Chavrei Hanhala of Zal: Please have a paradigm-shift in your viewing of your Talmidim. While  they may look like young adults, they are still so young, impressionable and need (and crave) your attention. This is the age in which they can – and should be – developing their learning depth and their self-image. Don’t fear leading them from the front and give them the guidance and structure in which their true abilities and desire for truth and Hiskashrus can be expressed and grow

To finish with the words the Rebbe wrote to Reb Avraham Paris – right before accepting the nesius on Yud Shvat: “R. Avraham, we must bring the Rebbe back down here. Like this, it’s difficult; both for me and you. And who benefits from it? With blessing that you will share good tidings soon.”

Feel free to share your thoughts in the comment section below, or by sending me a personal email at: [email protected]