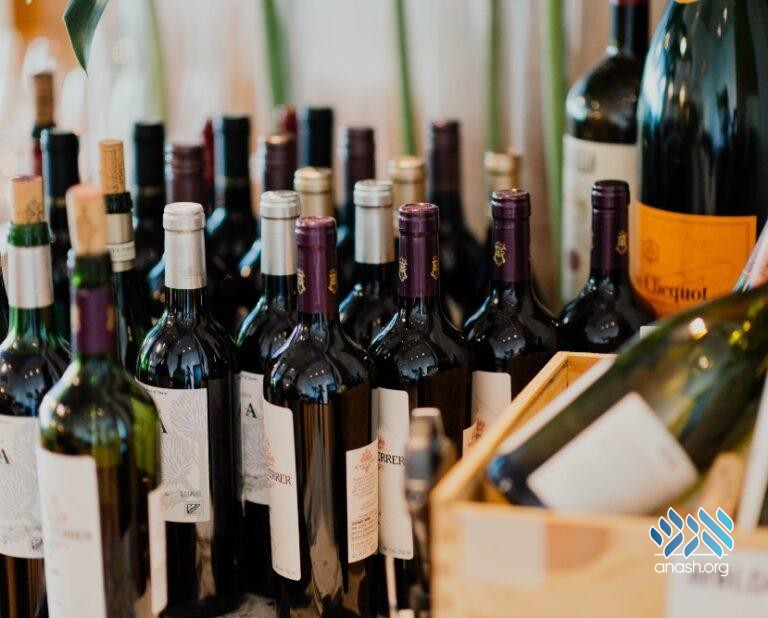 Motzei Shabbos Story: At a ceremony welcoming the new rov of the town, the assembled were horrified to discover a cross on the bottle of wine. But when the rov saw it, he smiled.

Wine flowed and words of Torah were shared as the Jewish community of Ratzfert (Újfehértó), Hungary, gathered to welcome their new leader, Rabbi Naftali Hertz Halevi.

The atmosphere was jubilant, and the choicest fish, meat, and wines were served.

Suddenly a cry erupted at one of the tables. “Yayin nesech! Non-Jewish wine!” someone shouted. The lone voice soon became a din. As the bottle in question was passed around, it became apparent that there was a cross illustrated on the label, indicating that the wine had been manufactured at a non-Jewish winery, rendering it unfit to be used.

The bottle made its way up to Rav Yechezkel Shraga of Shineve (Szeniawa), oldest son of the saintly Rav Chaim Halberstam of Tzanz (Nowy Sącz), and a dear friend of the new rabbi.

As he inspected it, a faint smile crossed his lips. This surprising reaction calmed the commotion. All waited for the visiting sage to explain.

As the room fell silent, the rabbi began to tell a story:

Years ago, in one of Warsaw’s upscale neighborhoods, lived a rich widow named Paula Zimorsky. Among the many assets her late husband left her was a large winery.

When a Jewish merchant arrived at her estate one day, a rock was thrown at his head. He looked around and noticed a young boy with a cruel grin peeking out from behind the bushes. It was the widow’s son.

As the injured Jew met with her, he bemoaned the “warm welcome” he had received from her son. Shocked, she didn’t hesitate to apologize. “Maybe my preoccupation with my business affairs did not leave me enough time to invest in raising my child,” she sighed.

After the Jewish businessman left, the mother called her son and reprimanded him. The child looked at his mother in surprise. His eyes conveyed his thoughts: Mom, what’s the big deal? After all, he is just a Jew.

Noticing the unspoken sentiment, she said, “Know, my son, that the Jews you despise are G‑d’s chosen people. I believe that their religion is right and just. You should know, my dear, that Christianity and Islam feed off ideas borrowed from Judaism.”

Never expecting to hear such words, the boy stared at his mother and asked, “Why did you never act on your convictions and become a Jewess?” The mother thought for a moment and chose her words carefully. “After all is said and done, I think that a person ought to follow in the path of their parents and to continue the traditions and beliefs that they were brought up with.”

It did not take long before people began to notice the improved behavior of the rich, spoiled orphan boy, but nobody knew what had caused the change. In truth, since that heart-to-heart conversation with his mother, he was besieged by troubled thoughts that gave him no rest.

Years passed, and one day the boy (now a teen) left home without a trace. He wandered until he chanced upon the house of a melamed (Torah teacher) in a village outside of Lublin. The teacher agreed to help this young Christian lad who demonstrated a genuine yearning to learn.

A short time passed and the young man went through a full conversion and chose the name Dovid. He began to advance in his learning and soon became a noted Torah scholar with a large and devoted following. People did not know his background, but his brilliance and eloquence were unparalleled.

One day two police officers stormed the study hall and arrested Dovid. In the church’s dark cellar, Dovid was charged with contempt for the Christian religion and was subsequently burned at the stake.

Some time passed and two priests disappeared from a church in Warsaw. After a few months, a letter arrived from the Holy Land. In the letter, they recounted the long conversations they had had with Dovid, and admitted that they had converted to Judaism as a result.

The second episode was even more embarrassing to the church than the first. The church leaders met and decided that the cause of all this trouble was the poor education the widow Zimorsky gave her child. In light of this, they determined that her wines could no longer bear the symbol of Christianity on their labels.

Years passed, concluded Reb Yechezkel Shraga, and the winery was bought by a G‑d-fearing Jew, a member of my congregation. At first, he was also shocked when he saw the bottle labels and wanted to alter them. But when he heard this story, he chose to keep the labels to immortalize the sanctification of G‑d’s name by Dovid, the son of the widowed Zimorsky.

“Look again closely at the label and you will see that it is not a proper cross, it is only similar, as the church forbade the woman to use the symbol of their religion,” he said.

Translated and adapted from a story found in Sichat Hashavua #501.
Reprinted with permission from Chabad.org