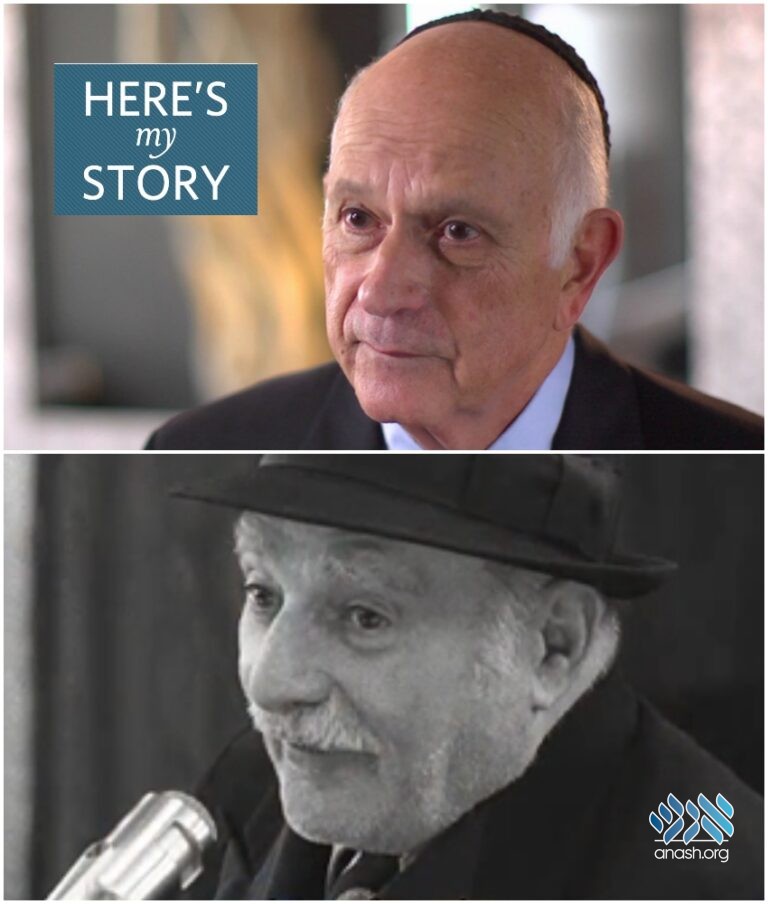 When Mr. Marty Jacobs was traveling through Japan on a business trip he was notified that the Rebbe wanted to partner with him in a unique venture in Tokyo, Japan.

Mr. Marty Jacobs is an attorney who resides in Bal Harbour, Florida. He was interviewed in June of 2012.

He told me that when he was seven years old, he did not like going to synagogue with his father. His father had Lubavitch roots, wore a long black coat and had a beard, but did not consider himself an adherent. In fact, he didn’t very much like chasidim, or more accurately, he didn’t like the chasidic school of thought. The synagogue he attended was filled with people who were similarly opposed to it. Young Yankel Katz, however, was very attracted to Chasidism, and didn’t feel comfortable there.

So, one day he walked into a shul that prayed with the Nusach Ari liturgy — in accordance with Chabad custom — and he liked it. It was at that shul that he first heard about the Previous Lubavitcher Rebbe, Rabbi Yosef Yitzchok, who had not yet come to America. By the age of eight, he was sending letters to the Rebbe in Europe, along with some change as a charitable donation, and the Rebbe himself would respond. It was then, he said, that he started getting very interested in Lubavitch.

It wasn’t until 1929, however, that he finally had an opportunity to meet the Rebbe, who made a stop in Chicago while visiting the US that year. And after the Rebbe moved permanently to the US in 1940, his connection to him, and eventually to his successor Rabbi Menachem Mendel, grew even stronger.

Often, a Rebbe doesn’t hear much good news; his followers turn to him when things are bad. The Rebbe himself once said as much to my father-in-law: “I am a tzaros Rebbe — a misfortune Rebbe. When someone has troubles, I hear about their troubles; when there is good news, sometimes I might hear about it.” So one of the things my father-in-law thought he needed to do was to cheer the Rebbe up with good things.

To him, they weren’t just Rebbes; he saw them as his friends. The Previous Rebbe used to tell him the same: He had many Chassidim but very few friends, he said, and he viewed Yankel Katz as a friend — yedidi, in Hebrew.

He was also a very significant and early supporter of Lubavitch, not just as an eight-year-old boy sending change, but continuing throughout his life. After his passing, we learned that when the Previous Rebbe arrived in America, my father-in-law gave him a checkbook to use, with every check signed but with no amounts filled in. Even his family didn’t know that he had done so — he simply would not talk about the charity he gave.

However, not long before his death, he revealed something that he wanted me to know. He said that in 1940, he received a call from the Previous Rebbe, asking him to donate a particular amount of money. Without even questioning what the money would be used for, he wired the entire sum.

The next Jewish holiday after that, he came to New York to spend the Yom Tov in the Rebbe’s synagogue, which was in the newly purchased building at 770 Eastern Parkway. “This is your building,” the Rebbe told him. “It’s your donation!” I don’t know what the amount was, but that wire funded at least part of the purchase of 770.

But other than that, my father-in-law did not discuss his charitable contributions. He wanted nothing in return for his donations. As he said, “No building names, no plaques, no dinners, no memorials.” His tzedakah needed no special recognition; it stood on its own.

I had some interesting experiences of my own with the Rebbe, Rabbi Menachem Mendel Schneerson, including one that also concerns tzedakah. I was in Japan on business and Reb Yankel must’ve mentioned to the Rebbe that I would be in Tokyo. Before Shabbat, I received a phone call at my hotel from Rabbi Berel Levy of OK, the kosher certification agency.

“This is Berel Levy,” I heard as I picked up the phone. “Do you know who I am?

“Yes, I know,” I replied. We had met very briefly years earlier.

“I’m in the Philippines on matters of kosher supervision and will be here for Shabbat, but the Rebbe asked that I call you,” he began, before getting straight to the point: “He is very concerned. The Tokyo Jewish community is planning on building a new synagogue and there is some disagreement among the members as to whether they will include a mikveh in the new building.

“The Rebbe knows you’re in Tokyo and that you’ll probably go to the synagogue for Shabbat. While you’re there, you’ll probably make a donation, and the Rebbe said he wants to partner with you in your tzedakah. He is asking you to make clear that your donation is for the new mikveh, and to write a letter to the community about the importance of the mitzvah of mikveh, noting that your contribution is being made in partnership with the Lubavitcher Rebbe.”

Of course, I did as he asked, and I wrote a letter about my donation for the Tokyo mikveh, in English. I asked that the letter be posted somewhere publicly in the building, and when I came back on Sunday or Monday, I saw that it was.

After I returned home, I didn’t give much thought to the trip. A few months went by, and I got a call at my office in Washington, D.C., which was then located at 1700 Pennsylvania Avenue, just down the street from the White House, from someone who said he was in town. He explained that he had just attended a meeting in the White House and wanted to come see me. “The Rebbe owes you money,” he said.

When he arrived at the office, the man gave me a hundred-dollar bill and an explanation: “The Rebbe said that you donated some tzedakah in Tokyo, and this is his share.”

That was how I once gave tzedakah in partnership with the Rebbe. I don’t know what kind of impact my letter had, but my understanding is that there is a mikveh in Tokyo today.