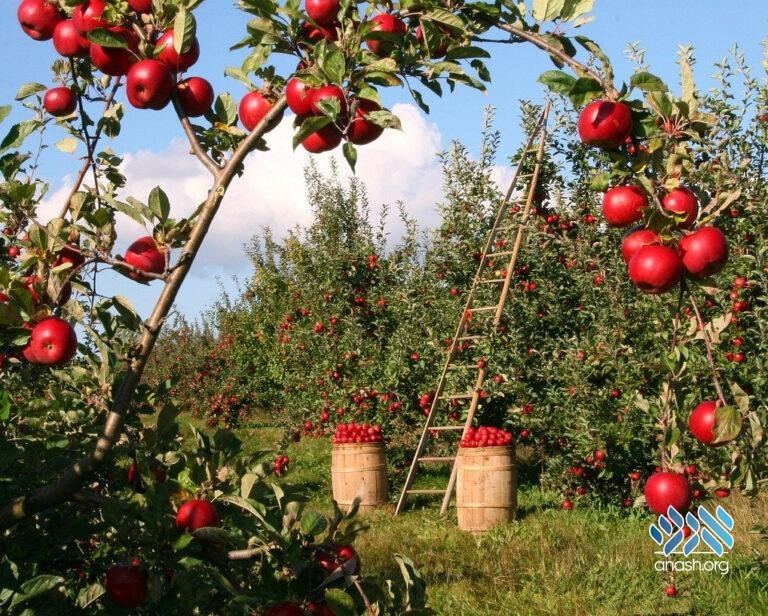 Motzei Shabbos Story: When the Baal Shem Tov was honored with officiating at a wedding in Polnoye, the town’s rov let his curiosity get the better of him and decided to go observe him in secret.

The city of Polnoye was blessed with a most illustrious rabbi, Rabbi Yaakov Yosef, who was learned, wise and respected by all. It was during the time when the Baal Shem Tov, the leader of the chassidic movement, was gaining fame as a healer of souls and a worker of miracles. While many Jews flocked to the Baal Shem Tov, Rabbi Yaakov Yosef remained unconvinced, suspicious that the charismatic new leader was a charlatan.

As the day of the wedding drew close, some doubts arose in the hearts of the family from Polnoye. How would Reb Yaakov Yosef react? Was he not the rabbi of the city, and so traditionally honored to officiate at all weddings in his town? Would he agree that the Baal Shem Tov, whose path was unconventional and not appreciated by the rabbi, be the one to officiate at a wedding in his city?

The chassid from Polnoye decided to speak to the rabbi. He told him that he had not thought much about it initially, but that now he was having second thoughts. He wanted to know the rabbi’s opinion. In fact, he was even considering annulling the engagement, since he did not want to cause a scandal in town.

The rabbi told him that he absolutely must not annul a match that was agreed upon by both sides. As for him, he was ready to forgo his honor for the sake of a match that was surely announced in heaven even before the young couple was born. He blessed the chassid that the wedding should be in a good and auspicious time, and that the young couple build an everlasting edifice.

On the day of the wedding, right after the evening prayers, the rabbi closeted himself in his home and became immersed in the study of Torah. However, for some reason he was unable to concentrate as well as usual.

From time to time a thought arose in his mind: “The Baal Shem Tov has come to our city. Perhaps it would be worthwhile to go and see him. This way I will know with certainty if I am right in my opposition.”

But he would then reconsider: “It is not permitted to disrupt Torah learning. I had good reason not to go to this wedding, and there is no reason to change my mind now.”

The rabbi felt himself being tugged back and forth, and no matter how hard he tried, he was unable to focus on his studies.

In the end, Rabbi Yaakov Yosef decided to go and find a secret spot from which he could observe the Baal Shem Tov and his actions. It was already quite late at night, and the streets of Polnoye were not well lit with streetlights, so he was able to get to the wedding hall undetected.

The rabbi noticed that on the eastern wall of the building there was an open window. He somehow managed to get up to this window where he could peer in and see what was going on inside. Imagine his delight when he saw that the Baal Shem Tov was sitting right below him, the crowd gathered around him. All were so intent on the words of the Baal Shem Tov that no one even glanced his way.

To his utter amazement, he heard the Baal Shem Tov addressing the Jews of Polnoye:

“You should know, Polnoye Jews, that your rabbi is very holy and exalted. He studies Torah day and night, and the fear of heaven is his treasure, but twice he made a small mistake.

“The first time was soon before Passover. The rabbi had to prepare the traditional sermon delivered on Shabbat Hagadol, the Shabbat before Passover. The family was busy with preparations for the holiday, cleaning every nook and cranny in the house, and he was not able to sit in his regular place because of the noise and tumult. He went up to the roof, and there he worked on his talk.

“Since spring had already come, and it was hot on the roof, the rabbi wanted to drink some water. But he did not want to trouble his family, who was so busy with holiday preparations, so he left the house, hoping he would find someone who was bringing water from the well.

“Indeed, just as the rabbi stepped onto the street, one of the water carriers came by, lugging a pail of water on his shoulders. The rabbi asked him for some water, but the carrier continued walking, saying that he was on a mission to bring this water to some people. The rabbi was hurt by the water carrier’s lack of respect and replied sharply.

“And to tell the truth,” continued the Baal Shem Tov, “know that this water carrier was a hidden tzaddik (righteous person), and he was on his way to bring the water to his friends, who are no less righteous and learned than your learned rabbi. And therefore, the fact that the he did not reply to the request of the rabbi was acceptable.”

He did not have much time to process what he heard, because the Baal Shem Tov soon continued:

“The second incident took place the night of Tisha B’Av. After praying and reciting Eichah, your exalted rabbi sat in the synagogue, feeling such pain and sadness about the exile of the Divine Presence and the destruction of the Holy Temple. The synagogue was empty, and the time was after midnight. The rabbi continued to sit in his corner on a low stool and cried bitterly until he had no strength left in him.

“His heartfelt tears and prayers accomplished their goal, pierced the Heavens and reached right up to the Throne of Glory. Indeed, it was decided to send Moshiach to redeem the Jewish people from their exile in the merit of the beseeching and tears of the rabbi of Polnoye.

“Then the Satan came forth and said: ‘What is the big deal? Why are you are so impressed with the cries and pleas of this rabbi? Wait until I go down and entice him, and you will see that I can make him err.’ The heavenly court agreed to wait and see if the Satan would be successful in his endeavor.

“Satan came down and entered the synagogue in Polnoye holding an apple. He appeared as a Torah scholar and addressed the rabbi: ‘Our dear Rabbi, the light of our eyes! You have come to the point of weakness and lack of strength, and your life is in danger. If you do not not taste something, G‑d forbid, the worst can happen!’

The rabbi rebuffed him, but Satan was not easily deterred. He continued, giving all sorts of learned arguments demonstrating that the rabbi must indeed eat at least a little bit.

“Slowly, slowly, a thought worked itself into the mind of the rabbi, ‘Perhaps this man is right.’ When the Satan saw that a crack had opened in the wall of opposition, he continued more forcefully. At last his efforts were crowned with success. The rabbi took the apple in his hand and made the blessing that is said before eating fruit.

“As soon as the rabbi finished the blessing, even before he put the apple to his mouth, he realized that something was not pure here. He threw the apple on the ground and shouted to the man: ‘Get out of here, you impure one!’

“And suddenly the man—and the apple—disappeared! Realizing what had happened, the rabbi cried with bitter tears, heartbroken that he had been so ensnared by the Satan.

“Worn from the exertions of the evening, the rabbi fell asleep. He dreamed that he was walking out of the city. He soon came upon a big and beautiful apple orchard and thought to himself, ‘I know this whole city, and I never saw this apple orchard in this place.’ He walked around to see where the entrance to the orchard was. Finally he saw the gate, and a guard was sitting by the gate entrance.

“The guard smiled bitterly and said, ‘I know that you are the Rav, and you should know that this orchard is indeed yours. It was created by your words. The orchard, the trees and the fruit, and everything here was created through the unnecessary blessing that you made under the influence of Satan. When a Jew makes a proper blessing for the sake of G‑d, a good angel is created. And when a blessing is made in vain, the opposite happens. And I was sent here to guard your orchard.’

“‘Is there no rectification for my sin?’ asked the rabbi.

“The guard answered, ‘If you read Psalms with proper intent, you will be shown from heaven how slowly, slowly the orchard is nullified. And when you see the trees upside down, their roots above and their branches in the ground, then you will know that your repentance has been accepted.’

“From then on, your rabbi continues to say the whole book of Psalms with tears of repentance and with great intention, but he sees that the trees are still flat on the ground and have not turned upside down, and he knows that his repentance is not complete.”

When the rabbi heard all this coming from the lips of the Baal Shem Tov, his heart melted, and he said to himself, “Indeed the Baal Shem Tov is a G‑dly and holy man. It is impossible that any plain mortal should know all the details of what happened in such an exact manner.” He decided then and there that he would attach himself to him.

Then the Baal Shem Tov stood up from his place, turned around to the window, and said out loud, “And if you wish, Rabbi Yaakov Yosef HaKohen, to get to the ultimate rectification of your sin, and see with your own eyes that all the trees are upside down, come to me!

From then on, the Rabbi Yaakov Yosef of Polnoye became an ardent student and one of the illustrious disciples of the Baal Shem Tov.