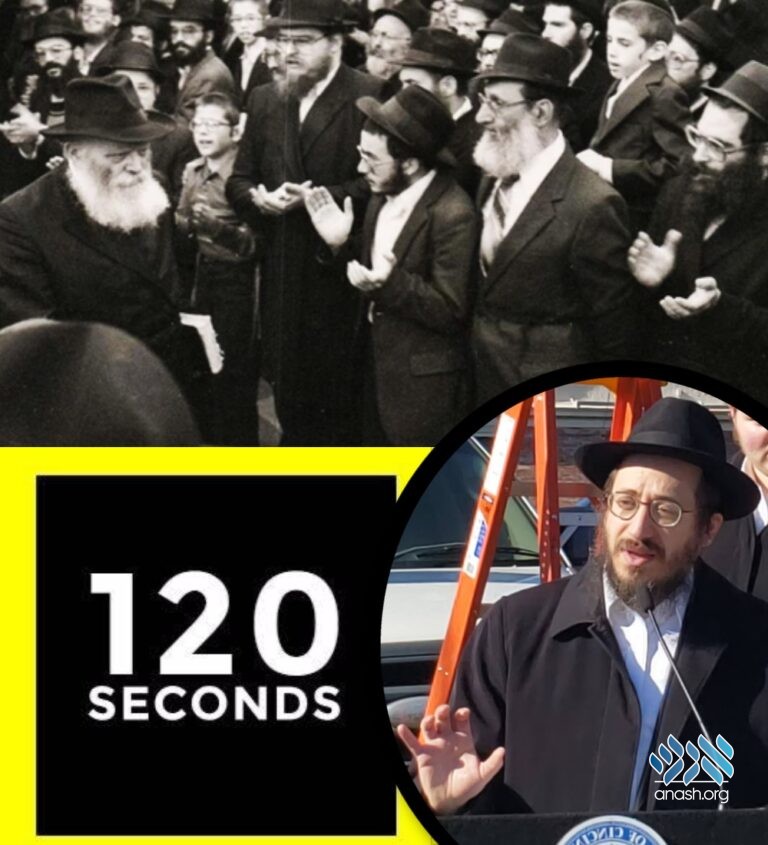 Rabbi Gershon Avtzon’s hachlata in honor of the Rebbe’s upcoming birthday was inspired by a request that the Rebbe asked of his father when he was a young boy.

We are all aware that Yud Alef Nissan, the 120th birthday of the Rebbe, is quickly approaching and many are wondering: What can we do to prepare and inspire ourselves to give more to the Rebbe? We would love to do something “big” – connected to the number of 120 – but we are so limited in time and resources.

This was the discussion at a farbrengen of Anash where Rabbi Gershon Avtzon of Yeshivas Lubavitch Cincinnati was present. After many people shared ideas, one yungerman said, “I can give 120 seconds a day to the Rebbe.”

Initially, many of those sitting by the farbrengen said, “What can be accomplished in 120 seconds? Two minutes? Is that a present for the Rebbe?” Then, Rabbi Avtzon remembered an amazing story that happened with the Rebbe and his father, Rabbi Yosef Yitzchak Avtzon sheyichye.

When Rabbi Yossi was around 7 years old (1958), his family travelled from Detroit to Crown Heights. One day, the young boy was walking alone on Eastern Parkway and he looked up and saw the Rebbe approaching. In those years, the Rebbe walked alone. The Rebbe approached the young child and asked him where he was going. Young Yossi responded, “I am going home to eat lunch.” The Rebbe then asked, “Would you like to do me a personal favor?” Yossi excitedly responded, “Zicher! – For sure!”

The Rebbe responded, “Please go back to 770 and learn for two minutes, and then go home to eat lunch”.

Thinking of this story, Rabbi Gershon Avtzon encouraged the Hachlata and gave a practical application. Every day, until 11 Nissan, he would record (and write) a “120 Second Farbrengen ” for all to listen and share with their families and friends. Word spread and hundreds of requests to receive these daily farbrengen messages came in and a few WhatsApp groups were already opened and filled.

To join the “120 Second Matana”: https://chat.whatsapp.com/BqEJkeMxGoALTEZNnBMLeE

Listen to the latest clip: