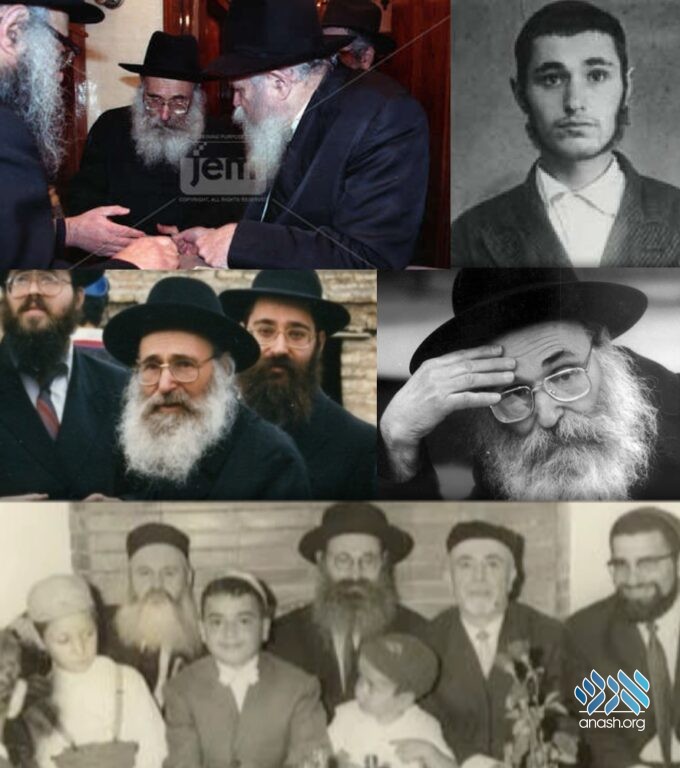 Rabbi Lazer Avtzon pens a moving tribute to his uncle Rabbi Shlomo Matusof, who the Rebbe chose to be his first shliach, and was “a soldier of the highest caliber, never looking for personal glory or fame, but there to fulfill the wishes of the Rebbe,” in honor of his 14th yahrzeit.

When my uncle, Reb Shlomo Matusof passed away on Rosh Chodesh Kislev 5768, I felt a void that was hard to explain. I had already lost both my parents, my mother 21 years earlier in 5746, and my father fifteen years later in 5762. I was also equally close to the late Shliach Reb Yehudah Leib a”h Raskin who passed away two and a half years earlier, spending countless days and nights visiting him during the last year and half of his life. As well, I lost one of my closest friends in the attacks of 9/11.

As such, I was no stranger to death, but yet, when I walked into the bedroom of Reb Shlomo just minutes after his holy soul departed his body, I was overcome with tears and emotions I had not felt at any previous time.

Over the course of his Shloshim, I spent a lot of time reflecting on his life and what he stood for. Many articles have already been written touching on the fact that the first Shliach chosen and appointed by the Rebbe after the passing of the Frierdiker Rebbe returned his Neshoma on the eve of the Kinus Hashluchim, and as such was so befittingly escorted to his final resting by the thousands of Shluchim who were here in New York for the Kinus.

Some people even spoke on how his Neshoma returned to its Maker at the exact hour and minute 12:52 AM, on a Motzoei Shabbos, just like his Meshaleach, the Rebbe.

Just before the Shloshim ceremony started, I was notified that my aunt is requesting that I speak and say a few words. I was hoping to get out of it as I would rather hear from those who had not yet had a chance to express themselves since his passing and also hoping to learn something new about him I was as yet unaware of. So, between the Rabbonim who were invited to speak and her request that one of the grandchildren, representing each of her children say a few words, I was confident there would be no time for me to speak. As such, I really didn’t prepare my thoughts.
Suddenly, I heard my name being announced as the next speaker. With barely a few seconds to gather my thoughts, a thought flashed through my mind. I began to speak, unsure of how it would develop.

And it is this very thought which I keep on repeating to myself, and on which I received so much feedback then and over the past 14 years, that I wish to share with you now again.

Reb Shlomo went on Shlichus in 1950, when Shlichus was relatively a new concept. 72 years later, we have several thousand Shluchim across the globe, literally in every part of the world where there are Jews in need of religious support.

An aspiring Shliach today fills out a resume and embellishes it as much as possible to portray himself in the best possible light. Positions held in various camps, stints of Merkos Shlichus, public speaking, and any large and impressive Peulah (event) will be highlighted in his Curriculum Vitae. Managerial positions and any successful fund-raising events will be prominently displayed. References from top Shluchim and heads of States will surely be in bold if he is able to show them.

Flashback 1950: Here comes Reb Shlomo Matusof. A man who kept to himself and did not have many friends. He spent his youth learning in one Yeshiva or another, evading the communist authorities who were looking for him. After being caught learning, he spent seven and half years in labor camps and forced exile. While imprisoned, he fought to keep the laws of Shabbos and was Machmir al Kal kaChamurah. Married at 33 years old. Worked for Reb Nissen Nemenov and Reb Binymin Goredestsky.

A crowd thriller – what are we talking about?

Ability to mingle with government officials – He would most likely find an excuse to remain at home for fear of being sent back to Siberia!

By today’s standard, if he would be advised to look for a job in some far away Yeshiva in need of an elder Mashpia, that would be considered nice and mentchlech.

Yet, who did the Rebbe choose as his first Shliach? And where was he sent to? And what mission was he given?
Reb Shlomo Matusof ob”m was sent by the Rebbe to be the Head Shliach of Morocco, a country with over 400,000 Jews at the time. Reb Michoel Lipsker ob”m had been sent by the Rebbe at the request of the Frierdiker Rebbe several months earlier to Meknes, Morocco, the Torah city of Morocco.

His mission, to establish Yeshivos and Talmud Torahs throughout the vast country for as many Jewish children as possible.

Did he speak the language? NO

Did he understand the local mentality? NO

Was he an inspiring speaker and political leader? NO

If so, what then were his qualifications and why did the Rebbe insist that he wishes for him to take the job after Reb Shlomo’s initial refusal, stating he wanted to go to Eretz Yisroel and learn after so many years of persecution in Russia.

The answer my friends, Reb Shlomo personified the Rebbe and the values of the Torah. He was a genuine walking encyclopedia of Torah and all the commentaries. No task was too small or too large. Whatever the Rebbe needed to be done, would be done for Reb Shlomo was a soldier of the highest caliber, never looking for personal glory or fame, but there to fulfill the wishes of his Commander in Chief.

If it meant learning how to drive, so he learned to drive. If it meant, traveling by donkey in the middle of the night to get from village to village where there was no access by normal roads and cars, he did that too. If it meant that he had to learn accounting 101, I can personally tell you, that there was no better accountant than Reb Shlomo in all of Morocco. His detailed reports to the Rebbe with every penny and fraction of a penny accounted for are a rare phenomenon and testimony to his honesty.

And if it meant that he had to speak, then he spoke as well. Was he a polished speaker, perhaps not, but the crowds were impressed. For he spoke Torah, and whether you understood his Russian Ivrit, or the local translation in Arabic, you saw before yourself a Torah giant, a man who stood head and shoulders above all others. For you saw before your eyes a man of truth, of determination, of Mesirus Nefesh on the highest degree, and above all, a soldier of the Rebbe who would never betray his Commander.

Even during the last year of his life as he suffered from kidney failure, he never once complained or lashed out. Whatever it was that Hashem chose, so be it. As Dr. Rosen so rightfully said, in him he saw a Chosid accepting pain in joy.

Hence, this apparently unqualified Shliach educated more students and trained more Rabbonim and affected more lives than hundreds and thousands of his colleagues. Reb Shlomo, by virtue of his unique character and holiness, helped the Rebbe save Moroccan Judaism for generations to come.

So as I entered his room that night, and saw his still body before my eyes, I felt a pain and emptiness I had not experienced before. These “simple foot soldiers” who were actually the top generals of the Rebbe’s Army, they are no more.

And that my dear friends is the true message of the timing of his passing. It is a reminder to us all of the true message and values of Shlichus and the relationship of a Chosid to his Rebbe, no matter one’s personal aspirations in life.

Over the past twenty years, I have has the merit to meet many great Rabbonim of the Sephardic world, and especially Rabbonim from Moroccan lineage. Over and over, when I mention my uncle’s name, I’m told he was their teacher, their mentor, their inspiration, their Melech Shlomo. There is not a single Moroccan Rav that does not say that the Rebbe, through his dedicated Shluchim, saved Moroccan Jewry.

Today, the Merkaz Sepharad, of which I am the Rav, is located in the very apartment Reb Shlomo Matusof and his Rebbetzin lived in their last years after moving back from Morocco. The Shul name has been changed to Kol Yehudah on the name of my late father-in-law ob”m, while the Beit Midrash and Torah classes are under the name of Heichal Shlomo, carrying his namesake and keeping his legacy alive.

May his righteous memory be an inspiration to us all as we continue to serve the Rebbe’s call to prepare the world for the revelation of Moshiach, speedily in our days.