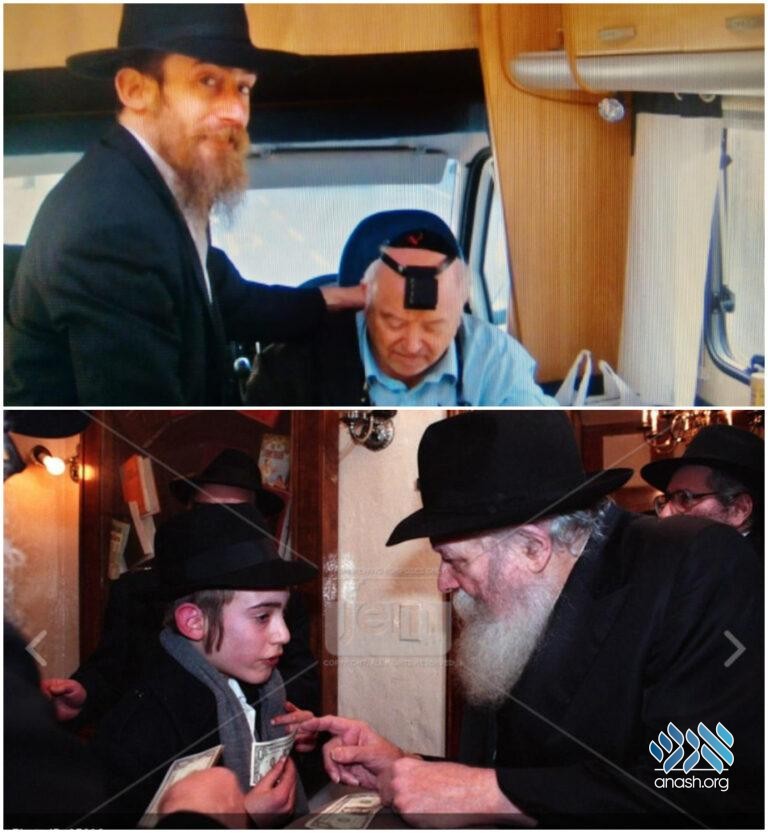 When Rabbi Binyomin Jacobs asked the Rebbe for a bracha for gezunt for his son Yisroel, the response he got mystified him, and he only fully understood it decades later.

Forty-four years ago when my brother Yisroel Jacobs a”h was 3 years old, my father was by the Rebbe and asked for a brocho for “gezunt” for Yisrolik.

The reason my father requested the bracha was that right after Yisroel’s birth, my mother noticed that Yisrolik wasn’t functioning as he should be. The doctors couldn’t put their fingers on it and only when he was in his twenties was he diagnosed with a complex condition that affected his muscles, eyesight and various other important body functions, which deteriorated over the years.

To which my father answered in surprise that he needs Health! The Rebbe answered “Oif lernen Toiro darf men zein gezunt!” (to learn Torah one has to be healthy!).

Forty five years ago my parents were sent by the Rebbe on Shlichus to the Netherlands. Over the years they have had their share of “interesting” stories with the Rebbe.

This story, however, my father did not share with us till the day that we were standing around the Chupa, 6 years ago, in London where Yisrolik got married to Nechumele (nee Berger).

My father said whilst crying, “The Rebbe’s promise was fulfilled , the Rebbe had said Letoiro Lechupa uLemaasim toivim, and right now we are standing under the Chupa where Yisrolik is getting married!”

On Monday 26 Shvat/8th of Feb will mark the Shloshim since Yisrolik was unexpectedly taken from us.

Yisrolik was a tremendous inspiration to whoever he came in touch with . He was always positive and his slogan was “Tracht Gut vet Zein Gut” (If one thinks good it will be good).

During the Shiva there were so many people who shared how they were influenced and inspired by his positivity and determination.

We owe a tremendous debt of gratitude to all the people that were involved in his life and made his life easier.

To Bobbe and Zeida Raskin from London where Yisrolik moved in to since he was 12 years old, as there was no Chinuch for him in Holland.

To Opa and Oma Jacobs, for being an integral part of our Chnuch by either driving us to school (which was 40 miles away in Amsterdam) or staying over at their house (in Amsterdam) in order to be able to get to school the next day.

To his dear wife Nechumele, with who he spent the happiest years of his life with.

A few days ago I was speaking to one of Yisolik’s friends and I mentioned to him how appreciative I am for the fact that he has kept in touch with him from his Yeshiva years up to now. He said to me “what do you mean? He gave me a lot more than I gave him!”

He managed to give tremendous amount of chizuk to whoever he encountered.

I am glad that I merited to be with him at his final moments in the hospital, Friday night exactly 4 weeks ago. He was in a coma (for three weeks) and whilst I was singing his favourite song of Tsomo Lecho Nafshi, all the alarms started beeping and the monitors flat lined.

To say that Yisrolik had a passion for Mivtsoim would be an understatement, his life was Mivtsoim! He was the main energy behind the Mitzvah tank that used to go to Golders Green several times a week.

When Covid hit and he wasn’t able to go on the tank, he used to call all his mekurovim (he had a long list) and encourage them with nice words , suggesting to them to put on tefillin etc.

Yisrolik’s children are his Mekuravim, all the people that he influenced to do more mitsvos, or to just provide a listening ear and provide some much needed encouragement.

We decided during the Shiva to organise a new Mitzvah Tank in Yisrolik’s memory (as the old one appears to have fulfilled his tachlis in this world).

The Jacobs Family is matching every donation, your £1 turns in to £2 !

We have already raised close $100,000.00 which will suffice for the actual purchase and now we need $40,000.00 for extras like, Tefillin, Mezuzos, Disabled access, Insurance etc.

We invite you all to be part of this tremendous opportunity which will benefit so many, over the years to come.

The Charidy campaign will come to a close this coming Sunday evening the 7th of Feb/ 25 Shevat.https://charidy.com/yisrolik/MendyJacobs