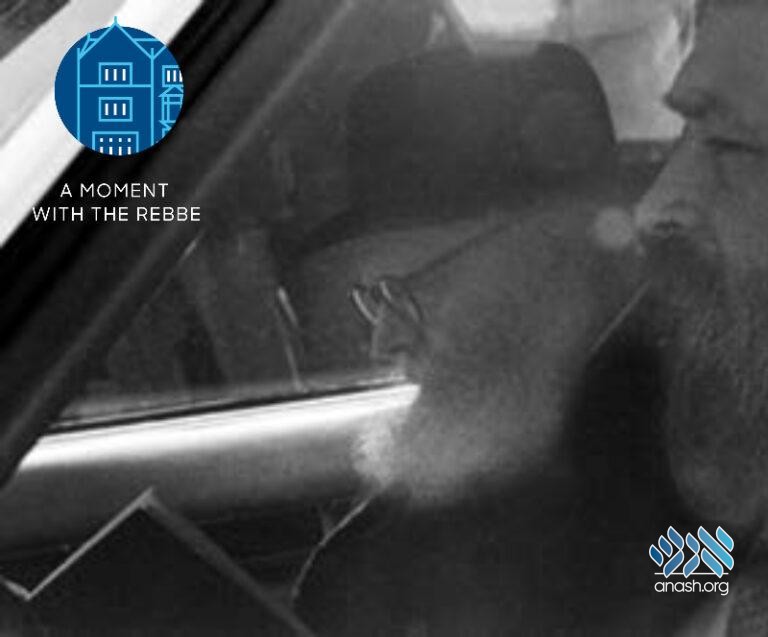 When Reb Avrohom Berns made an enlarged copy of Rambam for the Rebbe, the Rebbe refused to use it until explicit permission was given by the publishers.

The Rebbe would learn the daily Rambam in the car on the way back from the Ohel from a Rambam Le’am edition, which was the clearest print available. One day in 5748 (1988), I noticed that the Rebbe would wear glasses while learning Rambam, and I understood that even this edition was a strain on the Rebbe’s eyes.

I decided to do something about it. I found the next volume of Rambam Le’am, and made enlarged photocopies of the entire sefer, and gave it into the Rebbe’s mazkirus in a booklet format.

However, the Rebbe didn’t use it. I received a message that the Rebbe wanted to know if the copies had been made with the explicit consent of the publishers, Mosad Harav Kook.

This was a single photocopy, but the Rebbe wouldn’t use it without the copyright owner’s permission.

Following the Rebbe’s request, Reb Chaim Baruch Halberstam called Mosad Harav Kook and received their permission to print the enlarged copy. They also sent their official permission in the form of a fax sent to WLCC. Reb Avrohom relates that he made sure to include a copy of the fax in the next volume he made for the Rebbe.