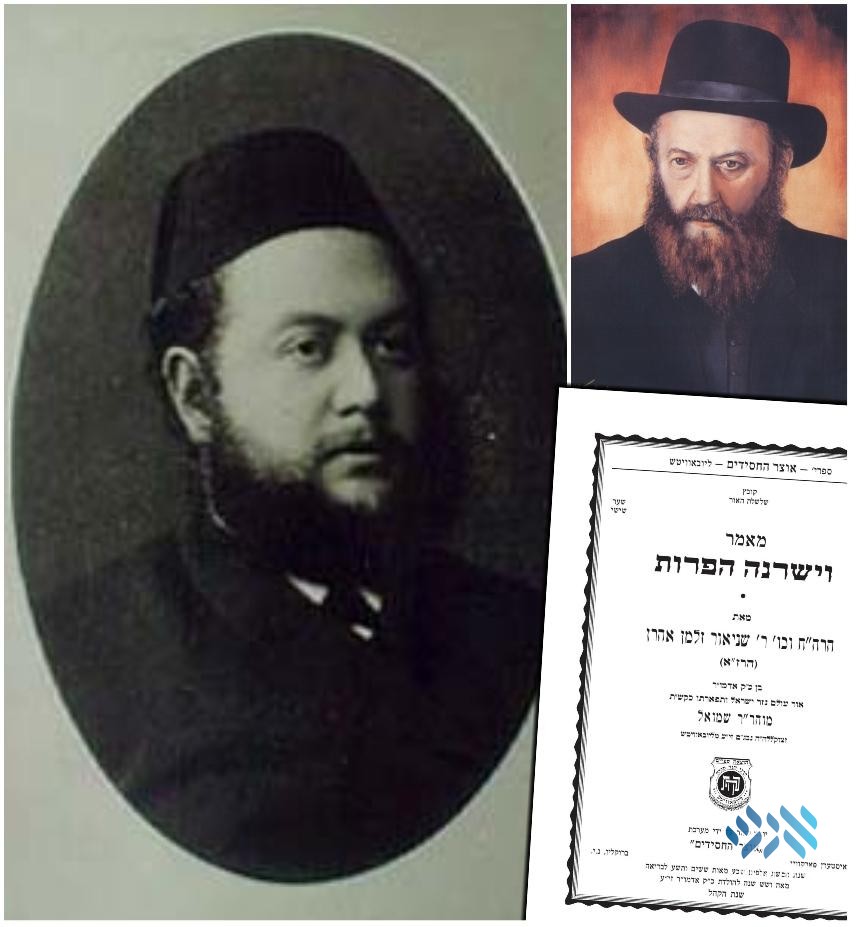 11 Cheshvan marks the yahrzeit of Reb Schneur Zalman Aron Schneersohn, known as the ‘Raza’, eldest son of the Rebbe Maharash. He wrote many chiddushei Torah but burned them all and asked that the ashes be buried alongside him.

Reb Schneur Zalman Aron Schneersohn, eldest son of the Rebbe Maharash, passed away on 11 Cheshvan in 5669/1908. He wrote many chiddushei Torah but burned them all and asked that the ashes be buried alongside him.

Born on the 19 of Tammuz, 5618/1858, he was named after the Alter Rebbe, as well as his zeide Reb Aron Aleksandrov of Shklov, father of Rebbetzin Rivka and son-in-law of the Mitteler Rebbe.

The Tzemach Tzedek had the custom, that at the bris of his eyniklach he would give them an acronym for their names. He was nicknamed RaZ”A by the Tzemach Tzedek and subsequently so referred to by chassidim.

As a child of three the Tzemach Tzedek suggested to his son Harav Yisroel Noach (MaHaRIN) that he take Reb Zalman Aron as a son-in-law. When he asked his father how do we know if the child will grow up to be a talmid chochom?” the Tzemach Tzedek responded: “He’ll be as much as you are, and maybe even greater.” (Note: Reb Yisroel Noach was a great gaon and was the one who organized his father’s halachic responsa.)

As a child he’d spend time playing with his younger brother, the Rebbe Rashab. Chassidic tradition tells several stories of their interactions and the lessons in avodas Hashem one can learn from them. His father the Rebbe Maharash said about him that “he has a very sharp mind, and can think two separate thoughts at once.”

The Rebbe Rayatz once mentioned at a farbrengen that the Raza was a great baal midos tovos as well. Despite his troublesome life, he was always seen with a smile. Yet, he cared deeply about others and would be in pain when hearing about other peoples’ problems and would do anything to help alleviate his pain.

In Cheshvan 5634/1873 he married Shterna, daughter of Harav Yisroel Noach. The wedding took place in Lubavitch.

After the passing of the Rebbe Maharash, the RaZA declined to accept the leadership of chassidim, choosing rather to engage in business and help others. The Rebbe Rashab refused to accept the nesius of chassidim as long as his older brother lived in Lubavitch, which happened in 5654/1894, when RaZA left to the neighboring big city of Vitebsk.

In Vitebsk he would spend much time learning chassidus with his brother-in-law, Reb Moshe Horenstein.

His daughter Dina Schneersohn passed away as a child. His second daughter was Mrs. Sarah Wolfson.

Despite his best efforts to destroy all of his Torah writings, several ma’amorim that he recited do exist, among them one that he said on Shabbos Parshas Bechukosai 5643/1883, a short time after the passing of his father the Rebbe Maharash. In 5712, the Rebbe said that the Frierdiker Rebbe had wanted to publish the Chassidus said and written by the RaZA. The Rebbe continued that “surely the time to print them will come.” Based on that sicha, Kehos printed on such ma’amar dibbur hamaschil Vayesharenah Haparos 5643/1883.