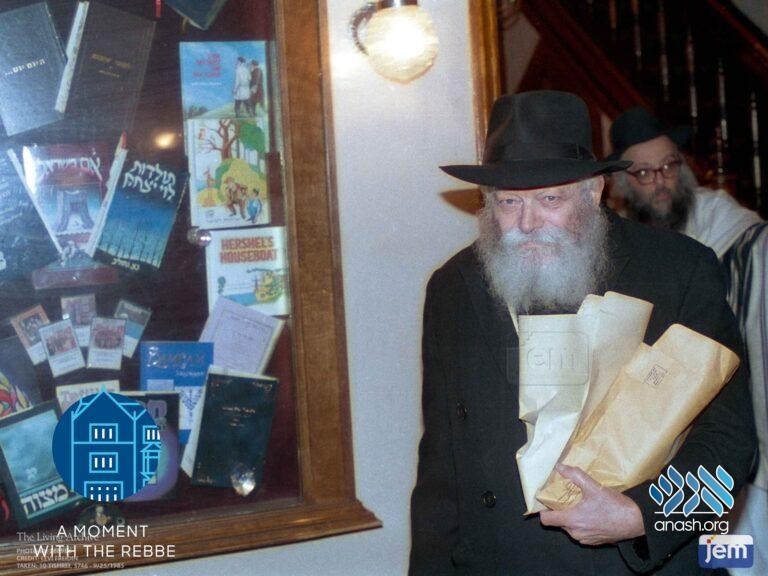 A Moment with the Rebbe: When Shluchim Rabbi Shabsi and Esther Alperin asked for a bracha for children, the Rebbe ignore their request and gave them a special shlichus.

To my misfortune, just the week that we got married, the Rebbe ceased being mesader kiddushin. I don’t know how I brought myself to do so, but in yechidus I suggested that we were deserving to have the Rebbe officiate, since we were planning on going on shlichus.

The Rebbe answered rhetorically, “Do I have to stand under the chuppa poles in order to bentch?”

We went out on shlichus to Brazil in 5720 (1960). Baruch Hashem, we were zoche to many brachos from the Rebbe. After we moved out, we were not immediately blessed with children. We scraped together enough money to come to New York, and my wife handed the Rebbe a letter from a celebrated doctor, in which he suggested an adoption.

The Rebbe ignored the letter, and gave my wife four tickets, to visit four cities, to deliver four talks to women.

Within a year, the first of our four children was born.