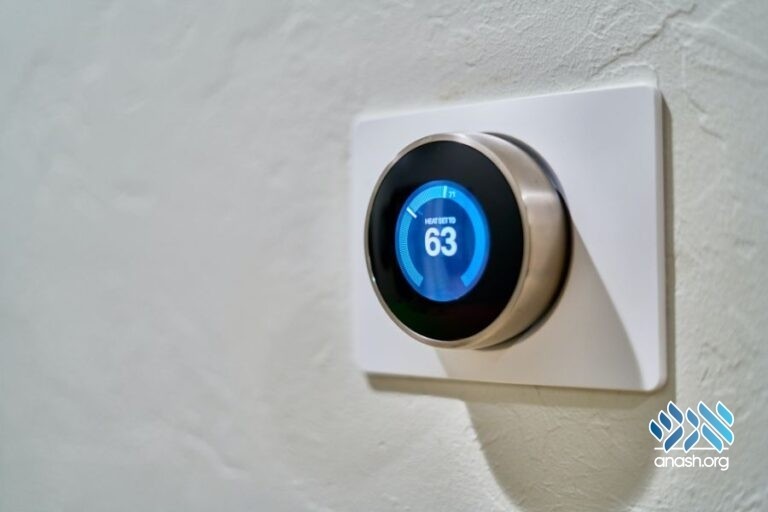 Movie theaters used to lure people in with their air conditioning. When the AC in 770 broke, the Rebbe insisted that the shul be clean and comfortable so people would be attracted to enter and learn.

Movie theaters were the first to have air conditioning. This lured people in and theaters became much more profitable, even scheduling the release of new movies for the summertime. Mrs. Ellen Gordon told me that she remembers it being common practice to visit theaters in the 1950s in hot weather, not to watch the movie as much as to cool off.

After the Jewish men sinned with the women of Midian, Hashem commanded the Yidden to “distress the Midianites, and you shall smite them.” The reason: “For they distress you with their plots which they contrived against you in the incident of Peor and in the incident of Cozbi their sister, the daughter of the Midianite chieftain, who was slain on the day of the plague [that had come] because of Pe’or.”

But in Parshas Ki Seitzi, the Torah gives a different reason: “Because they did not greet you with bread and water on the way, when you left Egypt.”

Which one is it?

The Kli Yakar explains: Depriving the Yidden of bread and water was indeed a cruel act, but it was only a ploy. Their goal was for the Yidden to sin. To accomplish this, they deprived them until they were so desperate for food and drink that they readily succumbed to the women who provided it to them. Our sedra specifies the underlying reason, and Parshas Ki Seitzei refers to the external act.

Kelipah uses variations of this strategy with us as well. The yetzer hora knows that when a Yid has what he needs, he won’t easily succumb to sinful temptations. So, he gets us when we’re desperate. When we’re hungry he takes advantage of the situation by telling us to skip netilas yadayim and a brachah. He comes up with arguments why it’s ok to skip shul and shiur when we’re worried about parnassah. And in general, he constantly tries to convince us that our life is miserable and we’ll only have enjoyment when we come to his side.

They air-conditioned their theaters to lure us in when we were feeling desperate for relief.

How do we combat this?

In 5716 (1956), some yeshivos asked the Rebbe’s opinion on bringing in radios and record-players as an outlet for the bachurim. The Rebbe rejected the idea on several accounts. But more importantly, the Rebbe emphasized that strong effort must be made for the yeshiva experience itself to be enjoyable, by conducting farbrengens, singing, and even dancing, etc.[1]

We can’t compete with the yetzer hara’s “air conditioned theaters,” so there’s no point in trying to do so. What we can do is use his tactics against him. We can make Yiddishkeit an enjoyable experience, even a relief, so that we don’t feel the desperate need to search elsewhere.

In the spring of 5741 (1981) the Rebbe lamented the fact that his shul, “Seven Seventy,” is not conducive to visitors who come to learn or daven. “They can’t even find a clean cup and drinking water!” Several weeks later, the air conditioning in Seven Seventy broke and the Rebbe once again raised a storm. Having seforim available is not enough, the Rebbe said; the room must also be accommodating and comfortable.[2] The very invention of air-conditioning, the Rebbe exclaimed, was created by Hashem to make His Torah and mitzvos more enjoyable!

I walked from Crown Heights to Boro Park a few Shabbosim ago and stopped in a shul to rest and have a drink. It was not davening time and yet we found the shul open, cool, and inviting.

When the Rebbe spoke about improving the physical conditions in Seven Seventy, the Rebbe mentioned that the locals can take a lesson from a certain chossid, Rabbi Moshe Yeruslavsky, visiting from Eretz Yisroel, who arranged refreshments for Seven Seventy while he was here.

During this time of year, when we mourn the destruction of the Beis Hamikdash and do what we can to bring about the building of the third Beis Hamikdash, let’s also up our game with the mikdash m’at in our own neighborhood, and likewise in our own homes. Let’s try making our Shabbos tables more exciting and enjoyable, for ourselves and for those around us.

Even Midian understood that when kedushah surrounds a Yid and he feels comfortable and cared for, it’ll be difficult to lure him to sin.

And by the way, even through the current heatwave in Brooklyn, the Rebbe’s shul, Seven Seventy, has some powerful air-conditioning pumping. Come visit!

[2] Sichos of parshas Tzav and Naso. My appreciation to Rabbis Michoel Seligson and Chaim Tzvi Groner for their references.