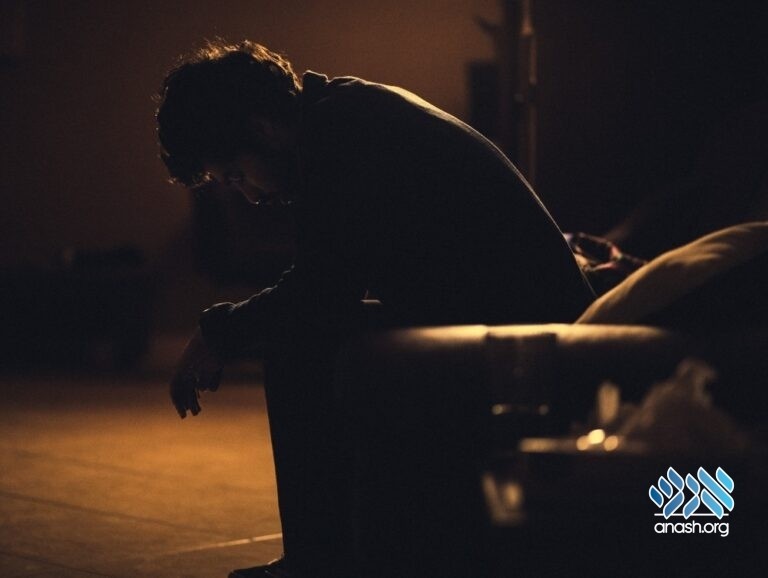 In the spring of 1961, a young man wrote to the Rebbe that he was depressed and wished to end his life. Instead of giving him sympathy, the Rebbe gave him responsibility and a reason to live.

Before the mabul, Noach is called by the title ish tzadik. After the mabul, the Torah says differently: “And Noach, ish ha’adamah [master of the soil], degraded himself and planted a vineyard.”

Conversely, Moshe Rabeinu is first called ish Mitzri and only later in the Torah does he receive the title ish ha’Elokim, a G-dly man.

The Meshech Chochmah explains: There are two paths in avodas Hashem. One is focused on self-improvement and promotes seclusion and introspection. The other focuses more on helping others, being a public servant and activist, and teaching others how to serve Hashem.

The risk of taking the first path exclusively is that a person can become too self-absorbed and ultimately limit their avodas Hashem. As we see, Noach went from being ish tzadik to ish ha’adamah. But when a person goes beyond themselves by helping others, they end up growing. Moshe earned the title ish ha’Elokím only once he selflessly dedicated his life to Bnei Yisroel.

Clearly, devoting ourselves to a fellow Yid is a crucial part of our avodah, and it will elevate even the greatest Torah scholar to levels they couldn’t attain through their independent studies.

Furthermore, if self-absorption is detrimental even with regard to purely holy matters such as one’s spiritual growth, how much more so when it’s a purely mundane self-absorption!

In the spring of 1961, someone wrote a letter to the Rebbe in which he made it clear that he was considering ending his own life, R”l. There’s no way to do justice to the Rebbe’s response except to read it in its entirety, so please click here or scroll down to view the letter in its original format. But for the purpose of our topic, here’s an excerpt.

The Rebbe observed that the writer was too self-absorbed, concerned only with what society owed him; he thought nothing about his responsibility toward society. Then the Rebbe wrote:

If the person turning to me with such a problem as you describe were a gentile, I would say to him: You are too much wrapped up with yourself, with your own emotions and feelings and aspirations. Stop being concerned with your own problems. The way to cope with such an emotionally charged situation is to stop trying to cope with it. You must get away from yourself, and begin to think of others. It is time to begin an active participation in the society; to give, and give generously. The opportunities are many, and the need is great. You have your choices: social work, charitable, or even scientific.

But you are a Jew, and your obligations go beyond the above. You must live like a Jew in your daily life, the Jewish way of life, the way of the Torah and mitzvos, and you must use your influence with others in the same direction. Some people think the Torah and the Jewish way is “old fashioned,” they are both misguided and unscientific. Truth never gets “too old,” can never get stale. Only falsehood, half truth and compromise can not last long; but truth is enduring and timeless.

It may require courage and resolution to change one’s way of life. But these are qualities with which youth is generously endowed, and you are a young man, nineteen, as you write. You are capable of facing this challenge boldly.

There’s baruch Hashem a lot of effort placed on helping our struggling youth today. The Rebbe tells us that many of our issues stem from self-absorption. Society is a big promoter of “self,” thus creating a generation prone to self-absorption. Technology aggravates this by making it easy to isolate ourselves from others—it has become socially acceptable to shop in a busy store while talking loudly on a cellphone, wearing earphones to block out the world around us.

Noach was named ish ha’adamah when he planted the vineyard. What did he do right after that? “He drank from the wine and became drunk, and he uncovered himself inside his tent.” Self-absorption can lead to more self-absorption, which can create a need for self-soothing, and R”l even self-harm.

No one wants to be self-absorbed, and we certainly don’t want to inflict harm. We’re just stuck. To truly help our youth, we need to help them get over themselves. We can show them how to be more like Moshe Rabeinu.

Here’s to noticing another Yid’s needs and putting our own aside. May all our l’chaims be for healthy and joyous occasions!