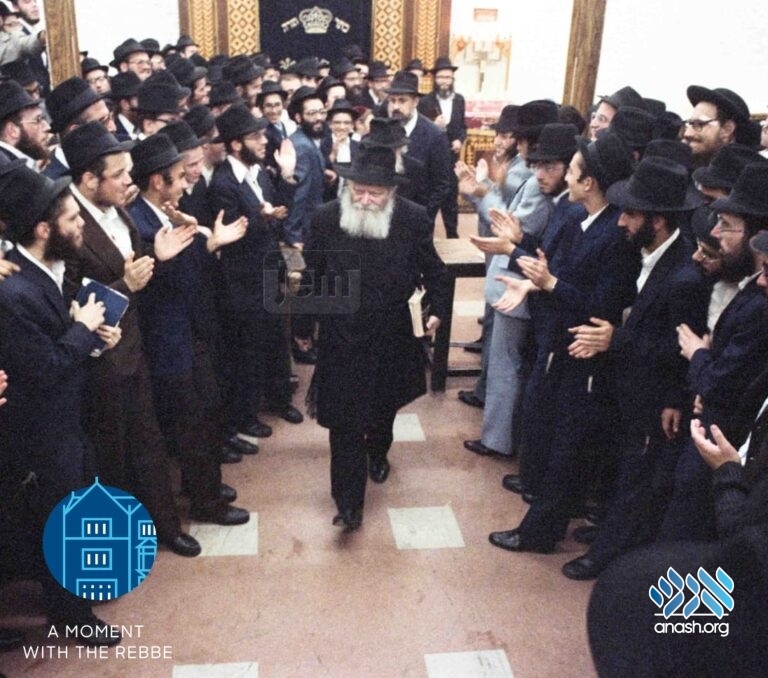 Standing on the bleachers in a packed 770, young Moshe Borisute’s glasses got knocked off. On his way in, the Rebbe suddenly stopped and waited for the glasses to be picked up and returned.

Moshe Borisute, a bochur, managed to make himself a place on the crammed bleachers for a Shabbos farbrengen.

As Moshe was standing there squeezed between his fellow eager chassidim, awaiting the Rebbe’s entrance, he was accidentally pushed. He regained his balance, but his glasses flew off his face, onto the floor.

He wanted to retrieve them, but he simply could not move from the mass-body wedge. And even if he could, he would certainly lose his place. Besides, it was too late; at that very moment, the Rebbe entered the farbrengen.

As the Rebbe strode to his place, encouraging the singing, a path parted before him. Suddenly, the Rebbe stopped in his tracks, and pointed to the pair of glasses. The Rebbe looked up towards young Moshe’s place, and back again at the floor. Only once they were picked up, the Rebbe continued to his place and began the farbrengen.