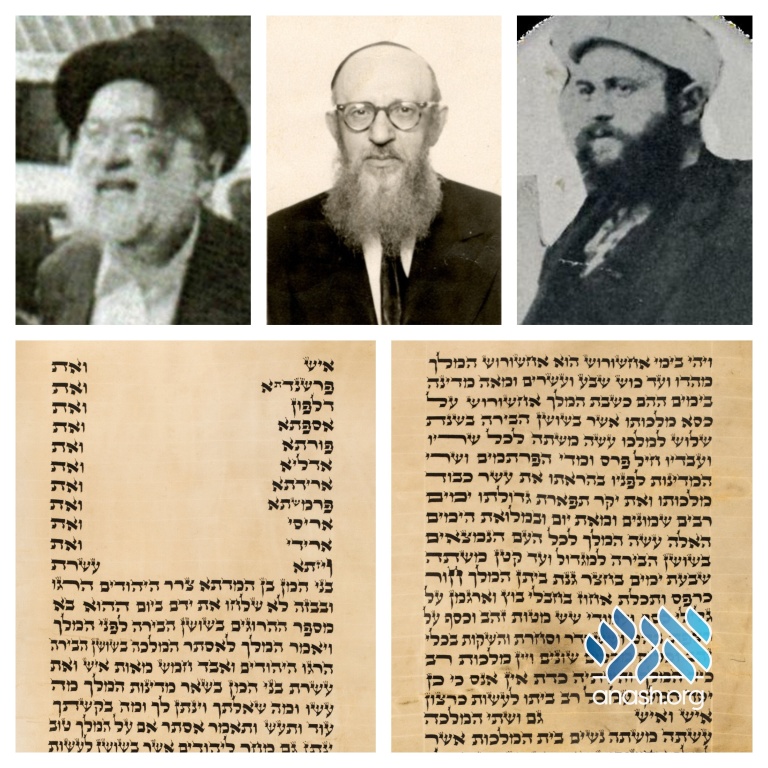 It is known that the Rebbe Maharash was proficient in the art of safrus, writing sifrei Torah, tefillin and mezuzos. As the Rebbe writes in the Sefer HaToldos, Admur Maharash, “boki haya b’umnos d’kesivas STaM.”

The Rebbe goes on to write that the Rebbe Maharash wrote three megillos, one for each of his three sons: Raza, the Rebbe Rashab, and Reb Mendel.

However, unfortunately, the Rebbe Rashab’s megillah is not quite in the Alter Rebbe’s ksav, for the following reason:

When the Frierdiker Rebbe came to America the megillah was in major disrepair, and the megillah was given to a sofer in Brownsville to be repaired. He was unfamiliar with the Alter Rebbe’s ksav, and so he “fixed” the places where he saw that the letters were not what they were “supposed” to be.

However, the megillah that was written for Reb Mendel was gifted by Reb Mendel to Reb Zalman Schneerson of Paris-Flatbush, a descendant of the Tzemach Tzedek, and a mekurav to Beis Harav. At the end of his life, Reb Mendel lived in France and was assisted by Reb Zalman, and Reb Mendel wanted to show his appreciation, as well as make sure that it stays in “the family.”

That megillah was later inherited by Reb Zalman’s son-in-law, Reb Eli Chaim Carlebach, and is now safeguarded by his wife Rebbetzin Hadassah Carlebach, and her family.